By Shamane Mills, Wisconsin Public Radio - May 8th, 2019 11:00 am
Get a daily rundown of the top stories on Urban Milwaukee 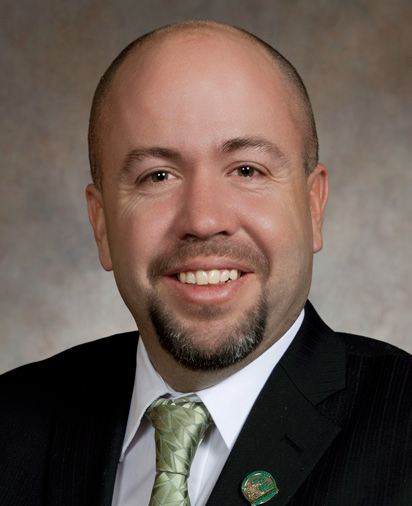 State Senate and Assembly committees on Tuesday heard several bills restricting abortion or funding for organizations that perform them.

Abortion bills are also being proposed or passed in several other states as lawmakers try to appeal to their base before the 2020 election and attempt to bring a bill before the U.S. Supreme Court that could challenge abortion rights provided under Roe v. Wade.

Critics of the Wisconsin bills said several were unnecessary and redundant because of existing laws on homicide and another that restricts abortion for non-emergency reasons after 20 weeks. But supporters of a bill aimed at babies surviving the procedure contend otherwise. As for a proposal banning abortion based on sex, race or congenital disability, supporters say it has ramifications beyond abortion.

“I don’t consider this an abortion bill. I consider this a non-discrimination bill,” said state Sen. Patrick Testin, R-Stevens Point, the bill author.

When Democrats questioned the timing of the bill, Testin said it was introduced now in reaction to similar bills in other states.

Likewise, the author of a separate bill requiring doctors to give medical attention to infants born alive after an abortion chafed at the characterization of the proposal. Assembly Majority Leader Jim Steineke, R-Kaukauna, said his proposal isn’t an anti-abortion bill but a “common sense, pro-baby bill.” Steineke brought up the political satire TV show, “Veep,” to illustrate a point. He said it made light of abortion.

“As a country we are getting desensitized to the issue,” Steineke said.

“It’s an emotional issue for all of us,” said state Rep. Deb Kolste, D-Janesville. “I personally believe women (should) have same rights as men to protect their health and well-being.”

But supporters of the bills stress they do respect an individual’s right to make their own health decisions.

“I do respect women’s rights, the right to make choices,” said Paul Shirek, a pastor from Mauston. “But someone’s rights should not trump someone else’s … this has happened before when people determined that some should live and others should not.”

“The idea that physicians deliver, then kill  — neglect treating — a viable fetus is unfounded and dangerous misinformation,” Hartke said.

Hartke was testifying on behalf of the Wisconsin chapter of the American College of Obstetricians and Gynecologists.

Wisconsin Right to Life President Heather Weininger countered those who claim neglecting fetus’ rarely happens in Wisconsin by citing figures from the Centers for Disease Control and Prevention showing 143 infants were born alive during a termination of pregnancy from 2003-2014. National data shows such occurrences are rare and not something that is required to be reported to the state health department.

Democrats repeatedly tried to ask the bill’s authors whether they supported spending money for the health of women and infants in Gov. Tony Evers‘ budget. Funds would come from Medicaid expansion under the Affordable Care Act, which Republicans generally oppose. During these back-and-forth discussions, the state Assembly health committee chairman quickly cut in, saying he wanted to keep discussion pertinent to the bills being considered.

A third bill focuses on chemical abortion. It would require doctors to tell a patient after the first dose that the procedure can be reversed if they don’t take the second medication, although Weininger admitted it’s not always successful.

Another bill would prohibit the state from certifying certain private health care providers so that they could receive Medicaid funds. It would only apply to those that perform abortions and is aimed at Planned Parenthood. Federal law prohibits the use of taxpayer money for abortions. Planned Parenthood says it uses the Medicaid money it receives for cancer screenings, along with contraception and testing for sexually transmitted diseases, but abortion opponents say they don’t want any money going to an agency which performs abortions.

The bills are on a fast track, suggesting Republican leaders want to get them before lawmakers for a floor vote. But anti-abortion advocates have lamented that some of the bills aren’t as strict as they would like.

Evers has indicated opposition that would likely result in a veto should the bills reach his desk.