Teaching UWM Students About a City

“Focus on the Future” tour, on spring break, is an eye-opening look at Milwaukee. 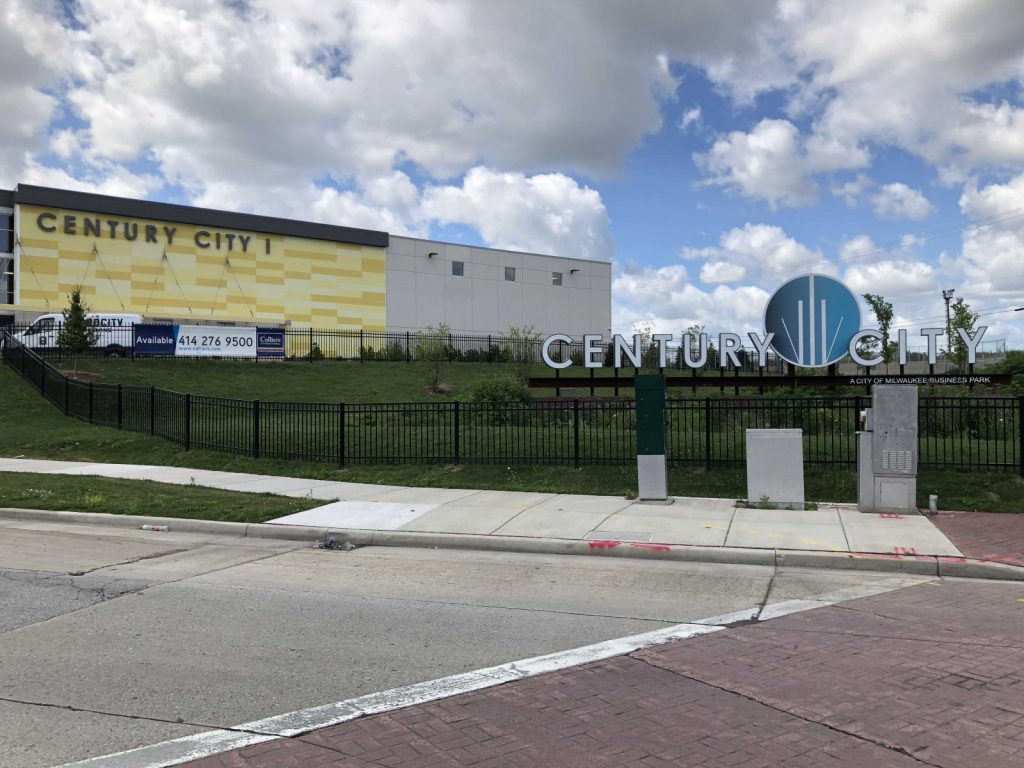 Spring break means different things to different students. For wealthier kids, it means going skiing in Gstadt or hitting the beach in Hawaii. For low-income kids, it often provides an opportunity to earn some badly needed cash.

For the past two years, spring break has meant something very different for a diverse group of UW-Milwaukee students. These students have participated in the UWM Alumni Association’s “Focus on the Future” program. Focus on the Future is a weeklong exploration of the complexities of the City of Milwaukee and its career opportunities in a wide range of sectors and industries, along with workshops on entrepreneurship, career planning and the changing nature of work itself. 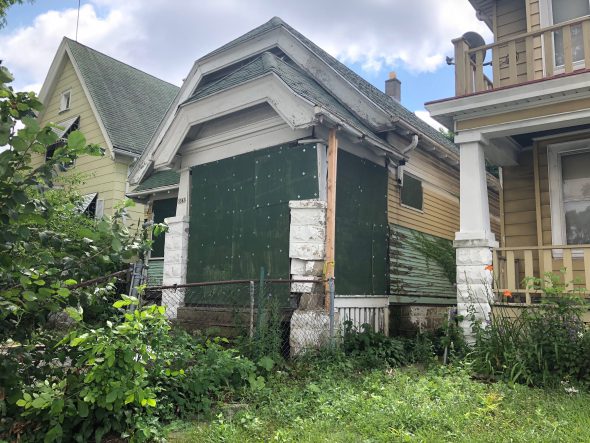 Day one began with an extraordinary bus tour of the city, led by the UWM Alumni Association’s recent president Dave Misky of the Milwaukee Department of City Development. Even for those students who have grown up in Milwaukee, it is an eye-opening experience. Starting on the East Side and Shorewood, the group travels through neighborhoods that would produce drools in most cities in the United States, especially if people knew how “affordable” these neighborhoods were compared to similar ones in other towns.

The bus then proceeds west on Capital Drive through increasingly impoverished or struggling communities. It stops at Century City, where substantial efforts are underway to build a future on the city’s powerful industrial past. The group then traveled south on 27th Street past block after block of shuttered stores and homes in dire need of repair and investment. The contrast to the communities surrounding UWM could not be more striking. Every so often, there are green shoots of hope, like the new housing and a new playground on 32nd and Galena Streets. But the “two cities” theme is inescapable.

Then, the tour takes us to the Menomonee Valley, a miraculous achievement in the annals of urban economic redevelopment. As a former street urchin who grew up in a smoke-stained flat next to the old valley of freight trains, slaughterhouses and smoke-belching factories, the new valley is just stunning. Thriving businesses, public recreation areas in what had been brownfields, a big hotel and cutting edge environmental features.

The day one bus tour over, the group headed to its public service session, meeting with Mayor Tom Barrett in the elegant Common Council chambers at City Hall. The mayor’s talk included a theme repeated over and over again during the Focus on the Future week: we often — actually almost always — end up doing things that we couldn’t have imagined in our youth.

The mayor described the rewards, along with the difficulties, of public life, especially as an elected rather than appointed official, and including the reality that “you don’t win them all.” By coincidence, the group’s meeting took place on the day it was announced that Milwaukee was awarded the Democratic National Convention, beating Miami and Houston in the competition. Barrett described the selection process and how small details can often be pivotal in achieving big goals.

The remainder of the first day was devoted to opportunities and challenges in two critical health-related areas. A panel described the issues facing a community and a nation with an aging population, people living longer, but not in good health and often living in assisted living or long-term care facilities. In a field with extraordinary levels of staff turnover, there was an unstated subtext for the group of, yes, there are lots of jobs here, but is this really how I want to spend my work life. It is likely that this simple question will be at the center of American life in the decades ahead.

The health discussion then shifted to public health and an in-depth discussion with Milwaukee’s dynamic new Health Commissioner, UWM graduate Dr. Jeanette Kowalik. This discussion was very different from the one on an aging population because it focused on the many poverty-related public health issues facing the city, the insufficient resources for addressing them and challenges of managing change in a change-resistant bureaucracy. All very difficult problems. Here, for the Commissioner in her sixth month on the job, the subtext was different. It was, to quote the writer George Bernard Shaw, “People who say it cannot be done should not interrupt those who are doing it.”

Many of these themes would re-emerge when the group explored community service opportunities in the nonprofit sector at the Urban Ecology Center. Led by UWM professor Bryce Lord, this panel included three nonprofit leaders who painted a picture of hope while also refusing to sugar coat the problems that Milwaukee’s poorest communities face. They underscored two of the basic themes that have emerged repeatedly in Focus on the Future weeks: the fundamental need to listen and continually learn, and the enormous and life sustaining value of doing meaningful work.

The tour seemed to juxtapose the past and future. The group visited the UWM Innovation Campus where they explored technology-based careers and observed the work of the high-tech human mobility lab and 3-D printing and manufacturing operation. Cool stuff.

The contrasting — but no less fascinating and informative — visit was to the Veolia Water operation of Metropolitan Milwaukee’s sewage treatment facilities, including the more-than-100-year-old Milorganite plant. Another career world opened to many who would have never thought of it. Veolia is a highly regarded global firm whose water and related work represents career opportunities across multiple disciplines and skills sets. A memorable visit. 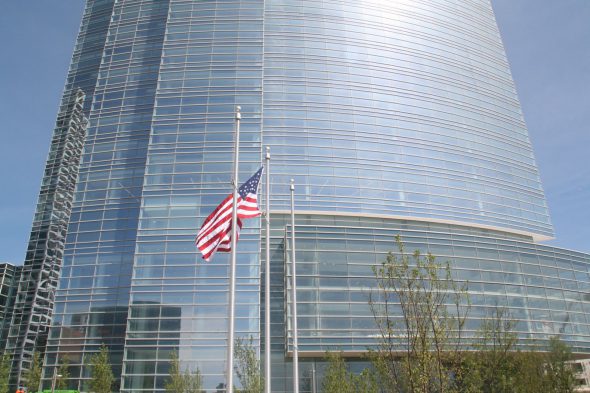 On Thursday came a Focus on the Future visit to Northwestern Mutual Life and its extraordinary new headquarters building. If there is a more well thought out office building in the country, it would be interesting to see it. After the mind-blowing tour, the group met with a panel of UWM alums who occupy senior positions at Northwestern Mutual. As always, a theme was, “no, when I was sitting in the Union at UWM, I didn’t think I would be sitting here 10 or 20 years later. But, here’s how it happened. And here are what I think the big themes are….. ” Among those big themes were the need to never stop learning, the impacts of technology on every aspect of work, but also a strong emphasis on what are known as “soft skills” and focusing on the things that motivate people in work.

Last stop, the new Fiserv Forum and another mind-expanding experience. Just as flushing the toilet will never be the same after visiting Veolia, going to an event at Fiserv Forum was a “Wow, do you know everything that goes into this?” experience. As the panel explained, managing a facility of this nature is an extraordinarily complex and multifaceted process. It was an impressive ending to an impressive and memorable week.

In the end, Focus on the Future opened new vistas to the participating students, created or cemented the relationships of alums to the participating students, and the UWM Alumni Association to the university.  And, even if unstated, the week underscored UWM’s central role as a powerful driver and a critical source of talent in the local economy. All in all, a great week.

Frank Schneiger is a Milwaukee native and founder and president of Frank Schneiger and Associates, a management planning and consulting firm, and has held top government positions with both New York City and the Commonwealth of Massachusetts.