By Elizabeth Dohms-Harter, Wisconsin Public Radio - Apr 25th, 2019 02:58 pm
Get a daily rundown of the top stories on Urban Milwaukee 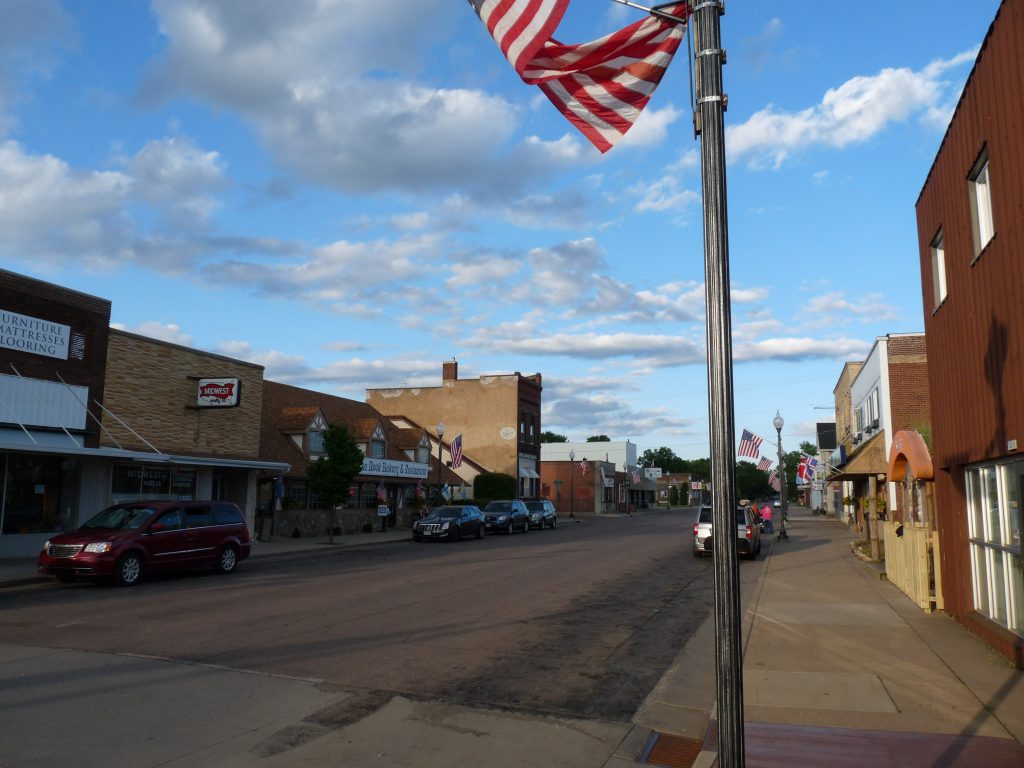 Osseo, Wisconsin. Photo is in the Public Domain.

Over the last decade in Wisconsin, 97 percent of counties lost populations of working-age people between 25 and 54 years old. They moved away or got older and aren’t being replaced as fewer people are having children.

And although two counties — Dane and Eau Claire — bucked the trend with up to 10 percent of growth over that same time period, most of the state’s counties share concerns with those in Illinois, Michigan, Ohio, West Virginia and others about how to brace for the consequences of losing prime workers.

“You have a national issue of slow population growth and an aging population, but the effects of this are really concentrated in particular areas,” said John Lettieri, president and CEO of the Washington, D.C.-based Economic Innovation Group, a policy and advocacy organization.

Those statistics, revealed in a report co-authored by EIG and Moody’s Analytics, are the basis for the idea of so-called heartland visas as a way to help struggling communities stave off economic downturns. Lettieri said with buy-in from communities, these visas would place immigrant workers in certain counties that are short on employees. 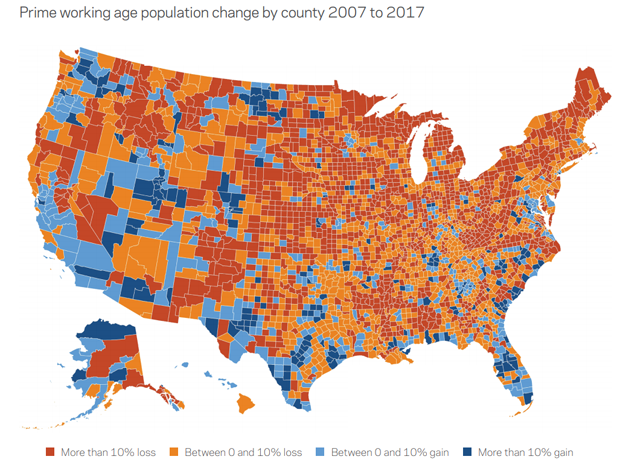 From the Economic Innovation Group and Moody’s Analytics report.

The idea of legislation supporting heartland visa getting through Congress in an era of heated debate over immigration policy is certainly a hangup. But Lettieri said both Democrats and Republicans agree that the nation’s immigration system is broken, so there’s at least bipartisan interest in fixing it.

“This issue sits at the intersection of the need to reform our immigration system and the need to ensure that we’re not leaving communities behind,” he said.

What Is The Heartland Visa?

Lettieri said that rather than tying an immigrant to a single employer, the heartland visa would give them access to a place, whether that’s a county or a few counties where they would be eligible to work and move around. Counties would have to be on board with participating in the program.

“It’s not a mystery that whenever you see a place that’s really thriving, it’s because, and this is increasingly true in the last decade or so, these are places that skilled and educated workers are congregating,” he said, wagging a finger at the current federal immigration policies for favoring coastal, metro areas.

This idea takes advantage of the fact that skilled and entrepreneurial people from around the world want to be in the U.S., Lettieri said, and the country is experiencing challenges related to demographics.

“The basic premise of our suggestion is that we should connect those dots,” he said.

Immigrants would be incentivized to stay in their assigned locations by getting visa extensions and a green card, according to the framework detailed in the report.

So Why Does It Matter?

The consequences of a tight labor market, where there are more jobs than there are people to fill them, are that the tax base erodes, meaning less revenue is sent to public service needs such as schools and infrastructure. With fewer people to fill residences, housing vacancies might lead to blight, which can usher in crime, Lettieri said.

That spells some problems economically, Lettieri said, noting that analysis of these population declines showed housing markets, fiscal health and start-up rates for businesses were negatively impacted by population loss.

Moreover, the people leaving communities tend to be higher skilled and more educated than people who remain in the population-losing communities, particularly because the former have options in other labor markets, the report showed.

“We need to do better at bringing opportunity and giving new tools and resources to communities that allow them to adjust and reinvent and to thrive, even as the economy changes,” he said.

The suggestion for these visas isn’t really hypothetical, either. Lettieri said a lot of communities are already taking similar action but without support from the federal government. Such a plan could also help boost rates of entrepreneurship, which are near historic lows, he said. Immigrants tend to be entrepreneurial, and especially the children of immigrants.