Village incurred massive costs for Foxconn’s ever-smaller plant that it may never recoup. 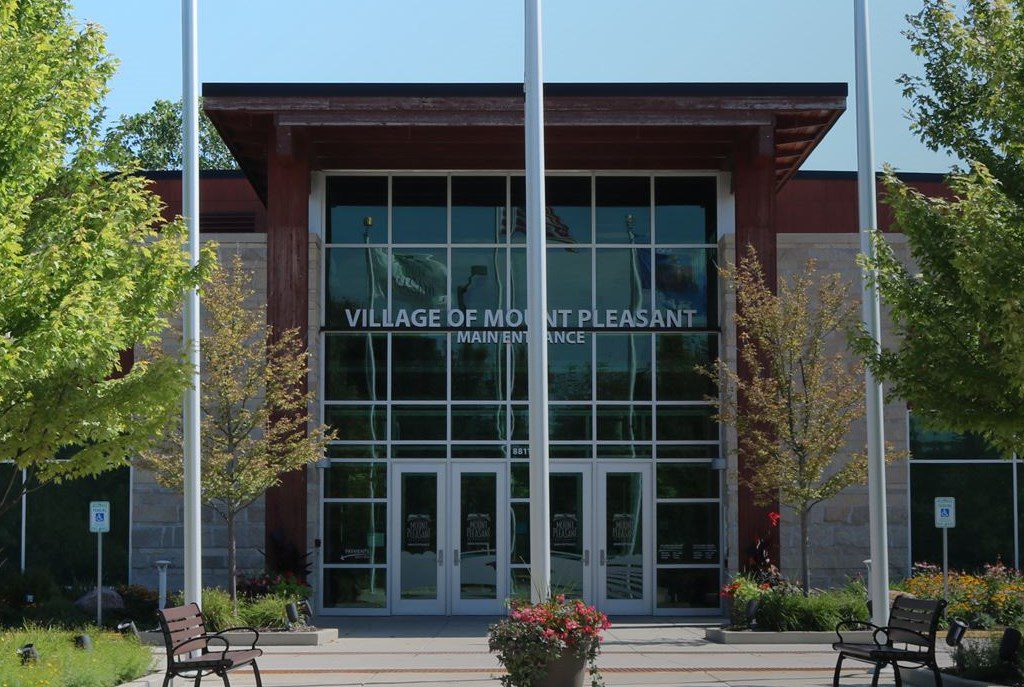 Foxconn’s Wisconsin plant would be the “eighth wonder of the world,” President Donald Trump declared, a “transformational, once in a lifetime opportunity,” Gov. Scott Walker gushed. And so, buoyed by such promises, and prodded by state officials, the tiny rural Village of Mount Pleasant bet the house on a Taiwanese company with a history of walking out on deals.

Mount Pleasant’s annual budget is just over $15 million, yet in late 2017 the village and Racine County (whose budget was $151.6 million that year) jointly approved a figure 50 times higher than the village’s budget — $764 million in spending — for land acquisition, road construction and new sewer and water lines, all for the Foxconn project.

“The Foxconn site currently has one traffic stop; when it’s finally finished, it will have 12,” the Guardian reported. “Approximately 42 miles… of water pipes are being added, alongside 26 miles of gas pipes and 28 miles of telecom wires.”

Yes, the village and county were spending and building big because Foxconn would need all this for its promised $10 billion plant employing 13,000 employees on a campus that would be four square miles in size.

So the village had to buy up land from owners— thousands of acres — needed by Foxconn to create the eighth wonder of the world.

But some homeowners resisted or balked at the price being offered and the village felt pressured to move quickly so as not to lose the Foxconn project. So its leader decided to pay “for the assessed value of homes plus an additional 40 percent and $50,000 per additional acre of property,” as the Racine Journal Times reported. “The village also pays for any relocation costs, and reimburses the property owner if they obtained their own assessment during the negotiation process.”

That raised the costs of the project.

So did Foxconn’s delays and changes in plans. Originally, the village and county took short-term loans to pay for the development “in expectation that Foxconn would begin to develop those areas within the next five years. But plans for the project changed, and those short-term loans were refinanced into long-term loans, a major factor in the increase in interest payments,” the newspaper reported.

The village expects to recoup the entire cost of the project through a Tax Incremental Financing (TIF) district it has created. Its financial consultant has estimated the Foxconn TIF will generate $30 million of revenue a year, based on Foxconn being assessed for $1.4 billion in taxable improvements by January 1, 2023. And if the company doesn’t meet this target by then, which seems increasingly likely, it will still be taxed based on $1.4 billion in improvements under the contract.

But what if the company refuses to pay? What if it folds up its tent and leaves town? Then the village would have to go to court to try and enforce the contract. By contrast, most of the state subsidy for Foxconn is incentive-based: the money comes as the company meets goals in hiring and capital investment. Racine County and Mount Pleasant are spending nearly all the money upfront, which is far more risky.

Meanwhile the village has huge swaths of land that have yet to be developed by Foxconn and probably never will. In early April, Village trustees “voted to allow the leasing of portions of the Foxconn development area to local farmers,” the Journal Times reported. The village is leasing 1,066 acres for $180 per acre to two farmers. One of them, Tom Fliess, Jr., is leasing land he sold to the village for $1.675 million in August 2018.

Village Trustee Gary Feest wasn’t crazy about the deal, the story noted: “I’m a little uncomfortable that the village is becoming a land broker here,” he said. “It’s just we buy all of this land, remove the people from it and now we’re making money from it.”

Assembly Speaker Robin Vos (R-Rochester) represents much of Racine County and portions of Mount Pleasant, and he promised that Foxconn would deliver “a $10 billion development project, 13,000 careers and new opportunities throughout Wisconsin. The Foxconn project is a worthwhile investment that will transform our state and help build a strong, healthy economy.”

So when taxpayers look for who to blame when their massive investment is not repaid, they might look first to their local state representative. Which might explain why Vos is desperately trying to blame Gov. Tony Evers for Foxconn’s reduction in the size of the project.

Evers has announced he wants to renegotiate the contract given Foxconn’s many changes in its promised deal. In June 2018, Foxconn confirmed it would no longer build the Gen 10.5 plant it was contractually required to do and would instead build a Gen 6 plant, which would require an investment of only $5 billion or less. Since last fall it has stopped promising to invest $10 billion. As for those 13,000 jobs, the company said in August 2018  that the vast majority of those promised manufacturing jobs —- if a manufacturing plant is ever built — would actually go to robots. But all signs suggest it isn’t even building that and is instead creating a small assembly plant.

The massive shrinkage in the promised investment, size of the plant and number of manufacturing jobs all came before Evers was elected, but Vos is trying to blame this on Evers. “It is beyond my level of understanding to think that a Governor of Wisconsin is rooting for the failure of the largest economic development project in our state’s history!” he told talk radio host Jay Weber. Evers is “doing harm” by seeking to renegotiate the contract, Vos declared.

You can expect to hear much more of this from Vos, as voters in his district begin to realize that the “$10 billion development” and “13,000 careers” he promised will never materialize and that their massive tax investment was a sucker’s bet. It may just occur to some of them that their state representative failed to protect their interests.