The Trashing of Shirley Abrahamson

Why is Brian Hagedorn attacking a legal giant, rather than his opponent in high court race?

To say the least, the campaign of Judge Brian Hagedorn is a strange one. I have never seen a campaign — and I’ve seen many — where the candidate spent so much time attacking someone else rather than his opponent.

Hagedorn’s opponent in the race for the Wisconsin Supreme Court is Judge Lisa Neubauer. But in their debates, Hagedorn has repeatedly attacked Justice Shirley Abrahamson, suggesting she is a “political” judge and a “super legislator” who “has her thumb on the scale” of justice.

Why in the world is Hagedorn doing this and how does he think it will help him? 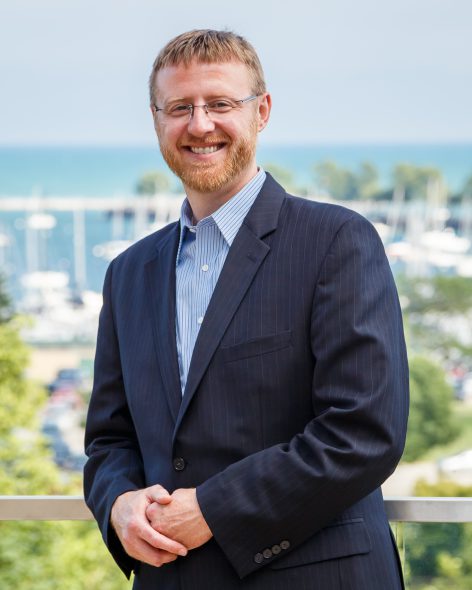 For starters, it’s rather like a pygmy taking on a giant. Abrahamson is the longest-serving Supreme Court justice (1976 to 2019) and also the longest-serving chief justice (1996 until 2015) in Wisconsin history. She was a nationally influential legal theoretician whose decisions were often cited in other state’s courts and will likely go down in history as among the greatest — if not the greatest— of Supreme Court justices in state history.

As for the suggestion she is a partisan hack, Abrahamson certainly has been a liberal on many issues, but was easily re-elected in 1979, ’89, ‘99 and 2009, each time with bipartisan support.

As for Hagedorn’s contention that as Gov. Scott Walker’s legal counsel, he knew Abrahamson “would vote against me because she did not like my client or my client’s politics,” it was actually the opposite that happened. He could depend on a block of four conservative justices led by Pat Roggensack who reliably backed Walker on every major case — most flagrantly in shutting down the John Doe investigation of the governor in a decision the late conservative justice Patrick Crooks blasted as “unprecedented” and “an abuse of power.”

As for Hagedorn’s claim that he could “predict how Abrahamson would vote on every single case,” he has offered not one example of such a case: not one decision that was partisan, not one example of faulty legal reasoning. Just vague generalities and vilification.

If it appears cowardly to trash someone who is not even on the stage to answer his attacks, it looks all the more unseemly when the target is an 86-year-old woman battling cancer.

So why do it? In a nutshell, because Hagedorn is desperate.

Hagedorn was Walker’s pick to run for the Supreme Court but once Walker lost and was no longer the party’s state leader there were Republicans who began to express doubts. As Republican lobbyist Bill McCoshen told Wisconsin Public Television, “there was a last-minute effort to find another candidate to get into that race at the end of December.”

Those doubts seemed justified once the news broke about Hagedorn’s intemperate comments in blog posts — trashing gays, calling Planned Parenthood “wicked” and the NAACP a “disgrace to America” — raising questions about whether he will judge issues fairly and leading the influential Wisconsin Realtors Association to withdraw its backing of him.

Once your campaign has been so muddied, your only recourse is to mud-sling your opponent. The usual campaign tactic is to dig through your opponent’s legal decisions and cherry pick a case or two that looks bad, preferably something that sounds soft on crime. Neubauer, after all, has been an appeals court judge for 11 years, and ruled on tons of cases. But it appears the Hagedorn campaign wasn’t able to find anything to attack.

Neubauer’s husband was a Democratic legislator, as is her daughter and she was a donor to Democratic Gov. Jim Doyle. But she spent nearly 20 years as a lawyer with Foley & Lardner, hardly a hotbed of fiery liberals. If there is any evidence that her decisions as a judge have a leftist slant, Hagedorn’s campaign wasn’t able to find them.

And Hagedorn knows first hand how Neubauer rules because he has served with her during his three years as a judge, on the 2nd District Court of Appeals.

Indeed, there is little difference on how the two judges have ruled on criminal cases. In a story for Madison’s alt weekly Isthmus, reporter Bill Lueders did an instructive review of “all 122 opinions regarding criminals by the 2nd District in 2016, 2017 and 2018 — the three full years both Neubauer and Hagedorn served…Both generally ruled against criminal defendants, rejecting arguments that evidence was improperly obtained or defendants received ineffective assistance of counsel, among other challenges.”

In short, Hagedorn knows Neubauer isn’t a bleeding heart liberal or someone who writes obviously partisan decisions. Worse, she is respected by all their fellow appeals court judges, 10 of whom have endorsed Neubauer, with none endorsing Hagedorn. The Neubauer campaign has bragged that 98 percent of the state’s judges —330 of 336 — endorsing in this race have picked her.

Finally Neubauer has been a rock of cool impassivity in their debates, never rising to the bait from her opponent. Hagedorn has repeatedly accused her of “lying” with statements about his writing, and her reply is that these are his words she is quoting. That includes Hagedorn’s blog post deriding as “laughable” a decision of Sandra Day O’Connor, the first woman to serve on the U.S. Supreme Court. Neubauer made sure to quote this, leaving women voters to see that Hagedorn is trashing both O’Connor and Abrahamson, two of the pioneer women justices in U.S. history.

Neubauer has expressed admiration for Abrahamson as a trailblazer, and supported by that thin reed, Hagedorn has tried to claim Neubauer will be as political in her decisions as his caricature of Abrahamson. It’s the toughest sounding attack against Neubauer he’s been able to Marshall. But in doing so, Hagedorn has entangled himself in a clutch of contradictions.

The man who claims judges should make decisions on the basis of the law is trashing a legendary justice, Shirley Abrahamson, without quoting one word of her decisions. The candidate who says he will make his judicial decisions based on the law and not his extreme political views or years working for Walker nonetheless insists that Neubauer reveal her “judicial philosophy” because the judge’s politics will tell us how she will rule. And when Neubauer cooly replies that her judicial philosophy has been revealed in her 11 years of writing Appeals Court decisions, the man who espouses a reverence for the law insists that’s not how she should be evaluated.

Hagedorn has a winning smile, and seems likable in the debates, when he’s not making reckless claims about Abrahamson or Neubauer. But it’s the nastiness that may indelibly stamp our image of him.

2 thoughts on “Murphy’s Law: The Trashing of Shirley Abrahamson”