Assessed at $728,500, but the owner spent millions to create city's only art storage facility. 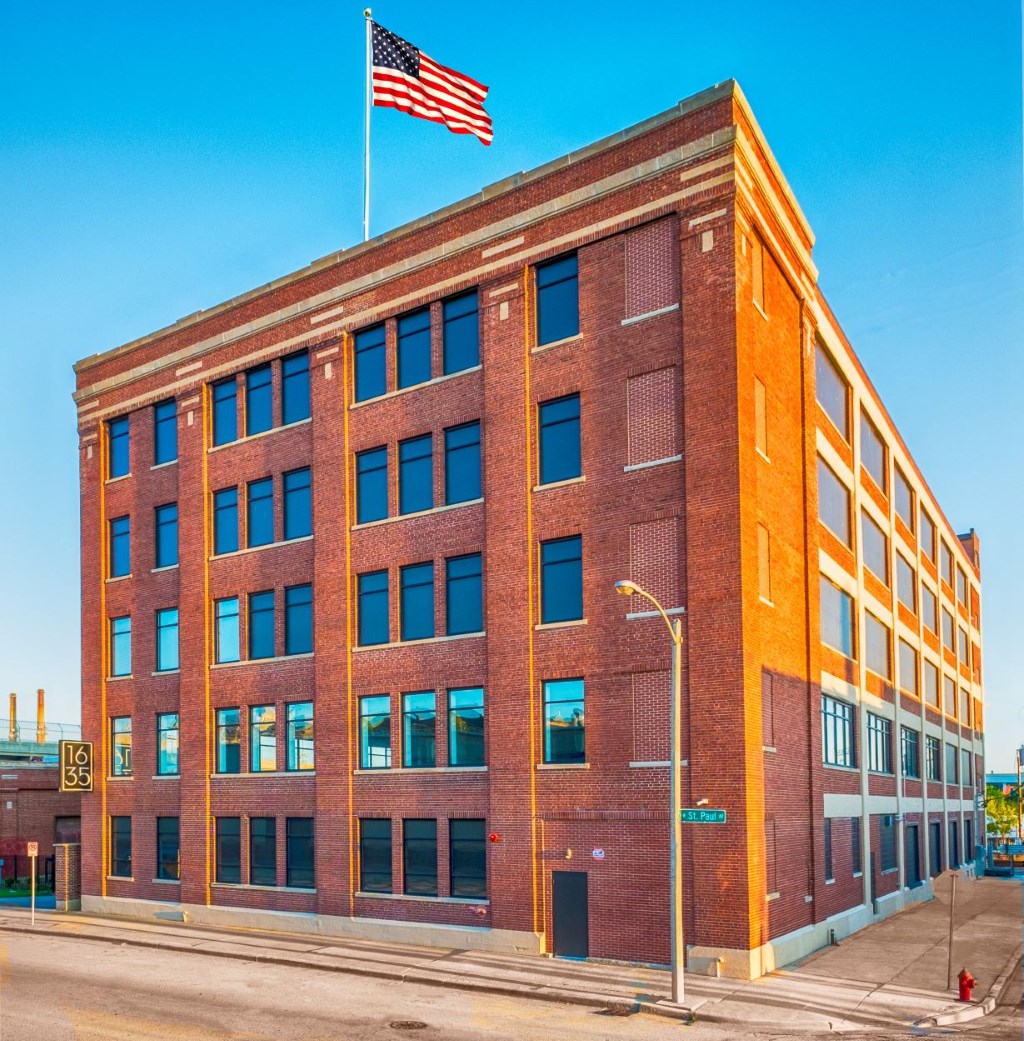 This 70,169 square foot, five-story building rises 80 feet above W. St. Paul Ave., where it was built for the Standard Sanitary Manufacturing Co. of Pittsburgh in 1924. Despite its size, it is easy to miss, due to its location on the floor of the Menomonee River Valley. The 16th Street Viaduct, which abuts the property to the east, completely overshadows a one-story, 3,111-square-foot brick warehouse that was built at the same time, and remains part of the parcel, owned since 2014 by Caledonia Properties 1635 LLC, John K. Shannon, Jr., Registered Agent. Shannon bought the building for $650,000 cash in November, 2014, and has since spent millions of dollars more on a complete refurbishment of the old radiator and plumbing supply office and warehouse building, including:

This stuff wasn’t cheap, but it was necessary for Shannon to get the required certification (not to mention insurance) to repurpose the mighty ferro-concrete structure as one of the few facilities nationally for the storage and handling of fine art — and the only one in Wisconsin.

The handling, storage, and transport of art is an abstruse and recondite field of commerce more commonly associated with cities such as New York, Los Angeles, Miami, Geneva and Chicago than Milwaukee.

Confidentiality and privacy is a key element of the art storage business. Shannon is counting on drawing a base of customers from Chicago, where art storage fees are considerably higher than in Cream City. Yet even so, the Milwaukee market should also provide plenty of home-grown business for Shannon, starting with his own 3,600-piece collection, assembled with his wife, the artist Jan Serr, who herself has made much art over the decades, some of which rotates between storage here and the couple’s East Side mansion. A portion of the building has been set aside as The Warehouse, an art gallery curated by Laura Sims Peck, which is currently exhibiting works owned by Shannon and Serr, and is open to the public by appointment, and on occasion. One such occasion will be Wednesday, March 27th at 4:45 p.m. when Shannon will open the doors for a members-only Urban Milwaukee tour. [See below for more information.]

Design: A New Path for an Old Street

This building occupies land that had earlier held an 8,000-square foot factory built in 1892, a three-story office building dating to 1896, a 2,400-square foot wooden lumber shed from 1898, and a 1903 factory addition for the National Blower Co., with “outside walls covered with corrugated iron fastened direct to studs, no wood sheathing underneath,” according to “Permit to Make Alterations No. 6235.” In 1910 this area was certifiably industrial, with such neighbors as the Siebers & Pederson Pattern Shop, the American Bridge Co. Milwaukee Works (already “Not in Operation”), and the Geuder, Paschke & Frey Enameling & Stamping Works.

But when this building was constructed for the Standard Sanitary Manufacturing Company of Pittsburgh in 1924, it was not built upon a rubble foundation, supported by timbers or with outside walls of corrugated iron, but was built of fire-resistant steel-reinforced concrete, capable of supporting great loads of heavy commodities like cast iron radiators. That it today serves just as well for the storage and display of cast bronze statuary and the stainless steel fancies of the sculptor in an area that is now known as the West St. Paul Design District, is a testament to the resilience of post-industrial Milwaukee.

The Menomonee Valley Partners, Inc. is the lead organization in the redevelopment of the 1,200-acre district that was the “engine” of the “Machine Shop of the World,” as Milwaukee was once known, due to its industrial might.

According to the organization:

The Menomonee Valley has a fascinating history: from wild rice marsh to manufacturing center to infamous eyesore, and now to a national model of economic and environmental sustainability.

The early industrial uses of the area included a good number of small shops, many, like the patternmakers, turning out items for use by larger concerns. As the railroads helped to forge a nationwide economy, and as new technologies emerged, ever-larger buildings were needed, especially for the products of the burgeoning plumbing and heating industries. Meanwhile a consolidation of once-fragmented businesses was occurring, fueled by the heady times of the Roaring Twenties.

Thus firms like the Standard Sanitary Manufacturing Co. of Pittsburgh expanded their nationwide reach to cities like Milwaukee, both for manufacturing and local sales purposes. Standard (eventually American Standard), dealt in radiators, serving commercial and residential customers. By 1924, when this 857,280-cubic-foot building was constructed at a cost of $200,000, the firm had access to the Eastern capital the humble pattern-makers and tinware manufacturers lacked. Outside money had moved in.

The company maintained offices and manufacturing on the site, with a large adjacent building used for the storage of pipe. As late as 1970. the company, then known as Amstan, used it as a warehouse. In February, 1972, the R. J. Harrigan Co. put up two 4-foot by 5-foot signs reading “Sale or Lease.” Geuder, Paeschke & Frey, the neighbors, bought the place in 1979, and in 1984 it was owned by the Monitor Corp., with Economy Packaging Co. and General Press Fabricators as its tenants.

Evidence of the area’s industrial decline can be seen by 1986 when Allie A. Ahmad got a permit to use the property as “parking for trucks and storage to include misc. containers, spare tires and wheels and very few hand tools,” according to his permit application. The building was also leased to Mitchell Furniture Co. around that time. If that was considered the “Highest and Best” usage of the property, it wasn’t very good. It sold in 1988 for $156,000 — less than its original $200,000 cost of construction in 1924.

By 2003, the building was every bit as forlorn as the surrounding district. But the work of the Valley partners created thousands of post-industrial jobs in the vicinity, along with trails, parks, bridges and habitat restoration, largely to the south of this building. Today the strolling pedestrian is still struck by the industrial appearance of the area. There are few connections for W. St. Paul Ave. here, due to the steep bluffs of the valley, the freeway that shuts off access to the north, not to mention the Menomonee River itself. But this little strip, just across from Sobelman’s bar and burger joint, is coming to life, and is worth a visit. The building, with new fenestration and new signage, shows that beneath the corrugated iron walls and boarded-up windows, our old industrial structures have good bones, and an amazing adaptability.

If you’re an Urban Milwaukee member, you can see it for yourself on March 27th.

How Milwaukee is it? It is about 1.5 miles southwest of Milwaukee City Hall.