Modifications will reduce cost of 43-unit affordable housing project on 37th and Villard.

The design of an apartment building proposed for W. Villard Ave. and N. 37th St. in Old North Milwaukee is being modified. It’s being billed by the development team as the last step necessary to move the project forward.

“This has been a long process, about three years coming,” said developer Que El-Amin. The developer’s Index Development Group, co-founded with fellow graduates of the ACRE program, is partnering with Brinshore Development on the 43-unit affordable housing development. The latest change will shave an additional $700,000 off the four-story, L-shaped building’s construction costs according to Michael Roane of Brinshore.

The change, which would replace indoor parking with surface parking, eliminates the amenity deck planned for the roof of the parking garage and modifies the building’s landscaping plan. It is one of many changes the city has allowed to move the project closer to fruition and reflects the many difficulties developers face in creating affordable housing.

The project would be built on three city-owned parcels and two privately-owned parcels at the southeast corner of the intersection of N. 37th St. and W. Villard Ave. In 2018 the city reduced the cost of its land from $20,000 to $4,350. The $15,650 in savings helped, but the real target was to qualify the land as a donation in the eyes of the Federal Home Loan Bank. The financing for the project relies on $645,000 from the organization to support the building’s development. It also created a developer-financed tax-incremental financing district that would give the developers a rebate of up to $500,000 in property tax payments plus 4.5 percent interest on any increase in value of the property. If there is no increase in value, that money is lost to the developer. The city is increasingly using this approach to make low-income housing more feasible for developers.

The district formation document also notes that the development team anticipates receiving $368,000 in Home Investments Partnerships Program (HOME) funds from the city’s federal allotment. At the time of the district’s formation in 2018, the project’s budget was anticipated to be $7.3 million.

The development team was awarded federal low-income housing tax credits from the Wisconsin Housing and Economic Development Authority in 2018 ($538,500) and is applying again this year for a supplemental allocation ($95,500). Roane said the allocation would be the final piece the team needs to complete its financing package. An announcement on tax credit awards is expected for April. Roane said his team anticipates purchasing the city land in late May or early June.

Seven of the 43 units at Villard Commons are one-bedroom units that will charge a market rate of $870 per month. The other 36 units will be affordable housing ranging in price from $832 per month for a two-bedroom for someone making 60 percent of the area’s median income down to $330 for a one bedroom for someone making no more than 30 percent of the area’s median income. A 1,758-square-foot commercial space is planned for the building’s first floor.

Developers leveraging low-income housing tax credits are required to set specific units aside for individuals or families making no more than 60 percent of the area’s median income, but can set units aside at lower income limits for an additional credit award. 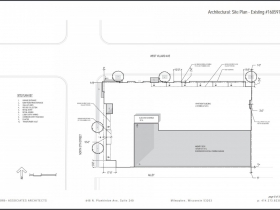 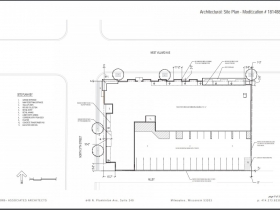