How Legacy Lofts Overcame the Odds

Conversion of old ice cream factory died many times before work could begin. 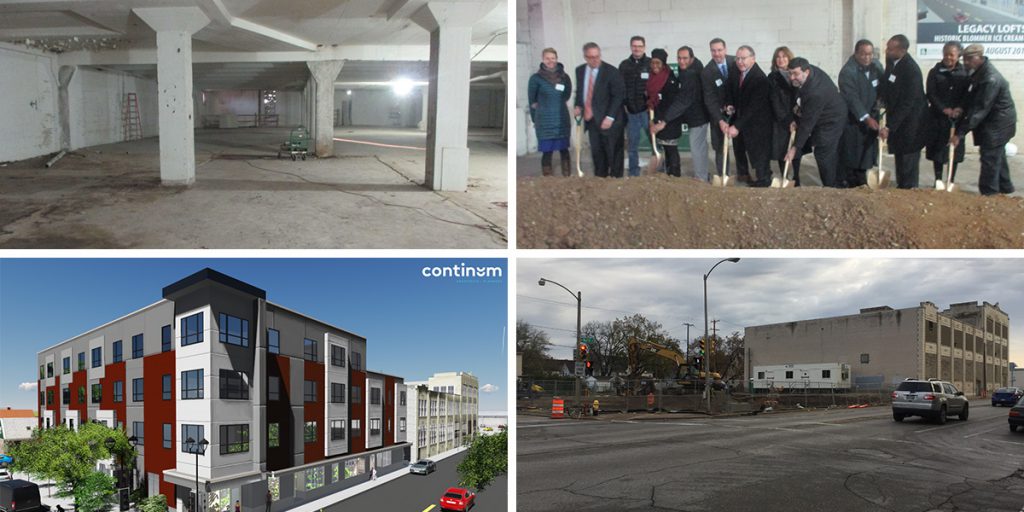 “This development project died at least twelve times. I have never seen anything like it.”

Those were the words of Department of City Development commissioner Rocky Marcoux at the groundbreaking for the $13.9 million, 64-unit Legacy Lofts apartment complex being constructed in the former Blommer Ice Cream factory in Lindsay Heights. Marcoux was among a long list of speakers who, while expressing surprise the project is actually happening, praised the team that spent five years bringing the deal together. Located at 1500 W. North Ave., the project includes a mix of new construction and redevelopment of the former Blommer Ice Cream factory.

The three-story ice cream factory, which hasn’t made frosty treats since the 1930s, was originally built in 1910 and expanded in 1925 according to city records. It is being redeveloped to house 38 apartments. A four-story, 26-unit building is being constructed immediately to the west.

The hour-long ceremony was held inside the century-old complex, which was cold, dark and filled with optimism. Event emcee and project co-developer Sally Peltz noted “in this neighborhood [the building] could have easily been torn down.” She added, “this is not about financial gains, this is about giving back.”

Marcoux noted that the project’s location on North Avenue is important. It’s one of the region’s longest streets, he said, where you can see the extreme affluence of the East Side and the extreme affluence of Waukesha County, but in between you’ll be forced to confront everything from income inequality to the region’s stark racial divides. Said Marcoux: “I like to look at North Ave. on the north side and National Ave. on the south side as a barometer for how we are doing as a region.” Marcoux believes this project and the way it came together are a sign things are on the upswing.

Alderman Russell W. Stamper, II, who drew praise for advancing the project, stated: “the vision is simple. We want a clean, safe, healthy and vibrant community that is thriving for everyone.” And “it does not matter how slowly we get there, as long as we do not stop.”

Peltz said her group, the Legacy Midwest Renewal Corporation, has been working on the project for five years. LMRC and Peltz’s other firm, Legacy Redevelopment Corporation, a community development financial institution, will move into the approximately 1,800 square-feet of commercial space in the complex. Peltz, though, won’t be around every day to enjoy the new office space. She intends to retire when the project is completed, but will retain her board seats for both organizations. Jose Mantilla was hired in October 2016 to lead Legacy.

Legacy is partnering with Chicago-based Evergreen Real Estate Group on the development. Evergreen will manage the building once it opens.

The city is contributing $635,000 to the project through a tax-incremental financing district. Marcoux declared that “every citizen who lives in this city should have equal access to that money, it’s not just for skyscrapers Downtown or affluent areas.” But the city is far from the only partner in the $13.9 million project.

The Wisconsin Housing and Economic Development Authority will contribute $7 million in low-income housing tax credits to the project, as well as a first and second mortgage and a $8.5 million construction loan. WHEDA’s Brian Schimming spoke at the ceremony, stating “it’s projects like this that change neighborhoods.”

Historic preservation tax credits from the federal and state governments will contribute $2.5 million to the project.

U.S. Bank will invest over $9 million in the project, including purchasing the tax credits. Associated Bank will provide a loan to the project according to Peltz.

Long-time neighborhood advocates Larry and Sharon Adams, who live two blocks from the project site, are working with the project through their firm HN Development to ensure local participation in the project’s construction. They praised project construction manager Greenfire Management Services and Greenfire president Kip Ritchie for being good partners on the project.

The project is being designed by Continuum Architects + Planners.

Peter Blommer, whose grandfather’s brother Conrad Blommer started the ice cream company that built the building, was in attendance for the groundbreaking.

Blommer Chocolate, which has a large plant just outside of The Loop in Chicago, today is the largest processor of cocoa in North America and is still family-owned. The ceremony marked the first time Peter Blommer was in the building that bears his family’s name.

Blommer provided free ice cream and other treats from The Chocolate Factory for the chilly ceremony. And while the coffee was a hit, I didn’t see many people jumping at the offer of free ice cream.

Despite the cold the ceremony was well attended. Developer Kalan Haywood was in the audience and received praise for helping facilitate the deal. County supervisors Sequanna Taylor and David Sartori were in the crowd, as well as alderwoman Milele A. Coggs. Joining them were Susan Lloyd of the Zilber Foundation and Leo Ries of the Martin Luther King Economic Development Corp. Ries sits on the board of the Federal Home Loan Bank of Chicago, which is participating in the financing of the project.

A ribbon-cutting ceremony is scheduled to take place in August 2018.

Urban Milwaukee broke the news last week that construction was underway on the project. 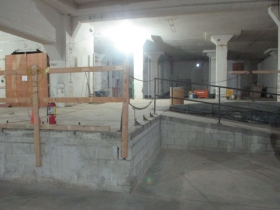 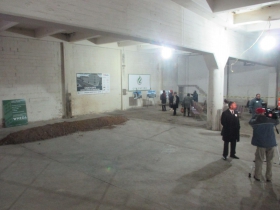 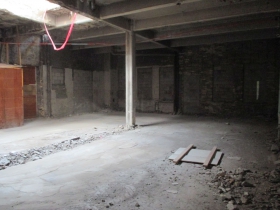 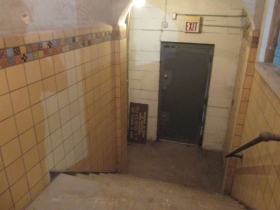 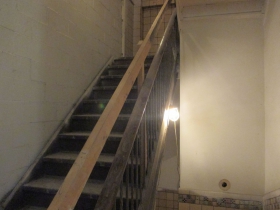 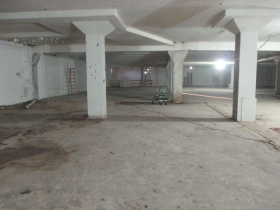 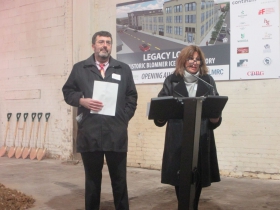 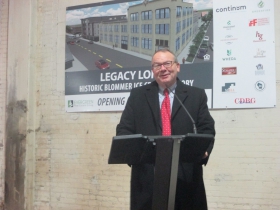 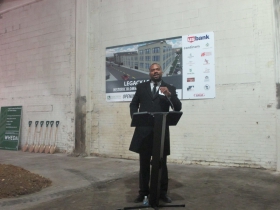 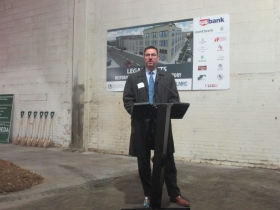 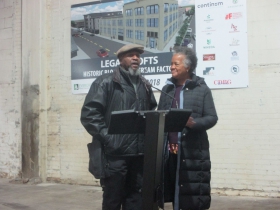 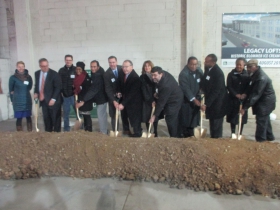 One thought on “Eyes on Milwaukee: How Legacy Lofts Overcame the Odds”