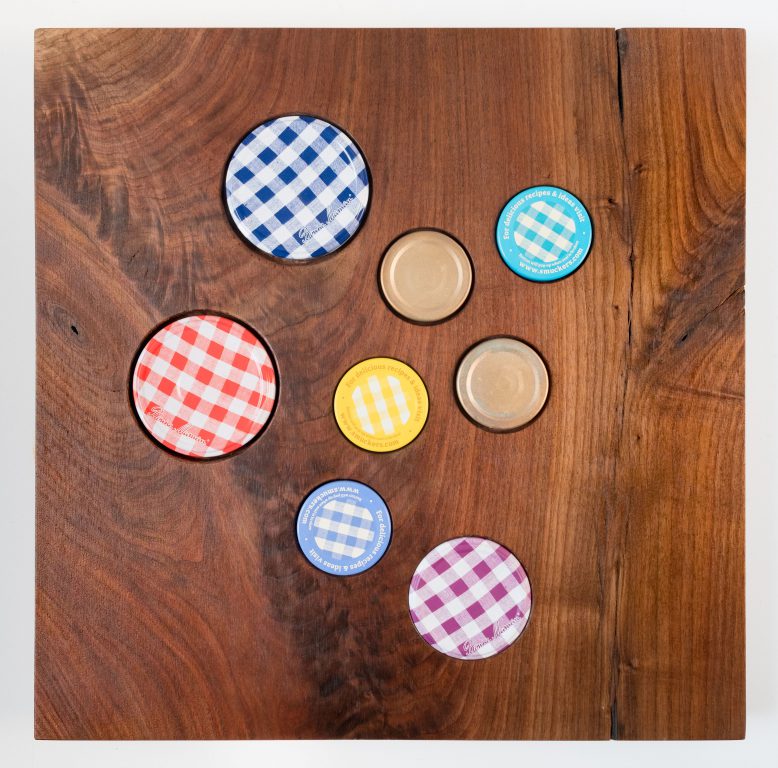 From the American Trompe l’oeil exhibit. Piece by Michelle Grabner.

Through her cleverly-crafted works, artist Michelle Grabner’s thought-provoking exhibit American Trompe l’oeil, on display at the Green Gallery through April 13, examines the nature of consumerism, mass production and notions of domesticity.

Although trompe l’oeil (an optical illusion, or “trick of the eye” in French) art dates back to Greek and Roman times, and was later employed in Renaissance-era theater, the style became popular in the United States in the late 19th century, a time of then-unprecedented capitalism and scientific revolution.

Many Americans, who longed for simpler times, were drawn to works that embodied tradition, like William Michael Harnett’s 1888 painting “Music and Good Luck,” John Haberle’s “Grandma’s Hearthstone,” (1890) and John Frederick Peto’s “Market Basket, Hat and Umbrella,” (part of the Milwaukee Art Museum’s Layton Art collection). Trompe l’oeil is also used for humorous effects in many cartoons (like Wile E. Coyote, running smack into a door painted like a desert landscape while in futile pursuit of the Roadrunner).

With her brass castings of a baking sheet and a pan, crocheted pillows, and a cast-iron sink covered in oil, Grabner urges her audience to take notice of everyday household items and appreciate their form along with their practicality.

Most remarkable is Grabner’s ability to use paints and metals to mimic fabrics and yarn, techniques likely inspired by 1960s artist Jasper Johns, who painted labels on beer cans cast out of bronze. Grabner’s 12 red, blue and green gingham-painted bronze pieces, 3 ¼ and 2 ¾ inches in diameter, depictions of jam and jelly lids, dot the walls.

Fourteen pigment prints—two in color, twelve black and white—of jelly and jam lids, fixated on the artist’s cutting mats, seem to serve as blueprints, while eight lids of different colors are featured on a single piece of wood, echoing Gabriel Orozco’s 1994 exhibition at New York’s Marian Goodman Gallery, which consisted of simply four clear Dannon yogurt lids hanging on each wall of the gallery. According to www.thegreengallerybiz, both Johns’ and Orozco’s works “wittingly elevate the mundane in order to critically debunk the lofty moral implications of subject matter. At the same time, these examples also extol the formal qualities and political potential of restaging and reworking consumable material.”

All of Grabner’s works in American Trompe l’oeil are untitled, an unusual choice for an artist, but an effective one. The lack of titles suggests the sameness of items produced on a large scale.

Two pieces, created entirely out of brass, appear to be reproductions of crocheted pillows. The brass works all have a light green patina, which enhance the idea of antiquity; these objects evoke a bygone era.

The Wisconsin-based Grabner, also a writer, curator and Crown Family Professor of Art at the School of the Art Institute of Chicago, seems to have a keen understanding of how large corporations tap into consumer psychology. Many brands, including Smuckers and Dannon, have successfully marketed the idea of wholesome, homemade products—that the warmth and comfort of Grandma’s kitchen can be easily procured with a trip to the store, rather than hours of slaving over a hot stove.

Selling nostalgia continues to be a lucrative endeavor for many large and small businesses. For example, rustic and farmhouse chic is a hip style of home décor. In a fast-paced society fraught with political tension, widespread mistrust of the media, and social media steadily replacing face-to-face human interaction, it’s no wonder people want to retreat to the seemingly halcyon days of the past.

Grabner’s art suggests that, rather than be seduced by cute and charming retro packaging, consumers should take a closer look at what they are actually purchasing. 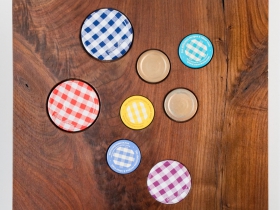 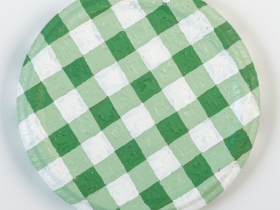 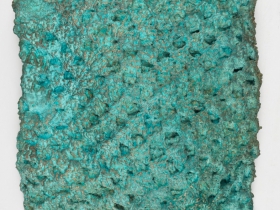 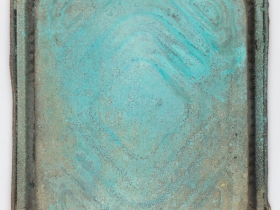 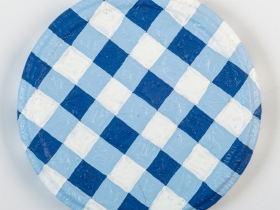