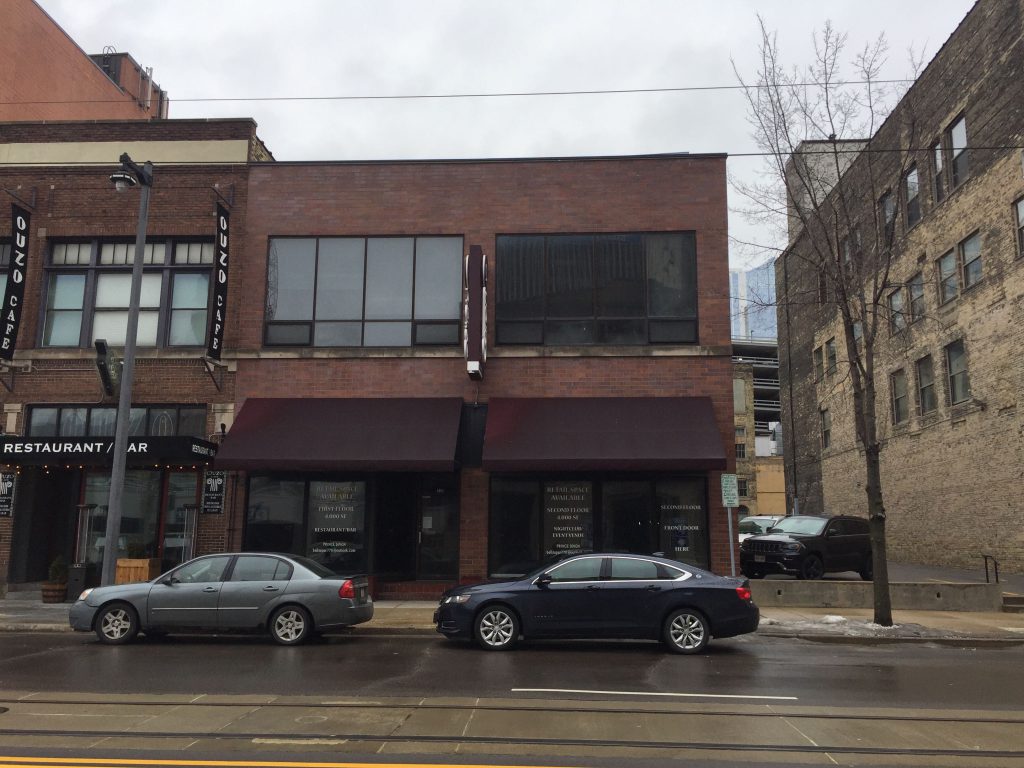 The former space of Catch 22 Bar and Grill may soon be occupied by a new business.

Applications for a Class B Tavern License and a Public Entertainment Premises License were filed for the space at 770 N. Milwaukee St. on February 27. Catch 22 occupied the first floor of the building until November 2015. Zim’s Bar also previously occupied the space.

If the licenses are approved, the new concept would diverge somewhat from that of its predecessors. The applications were applied for a business called The Merovingian, LLC, which is described as a cocktail lounge and banquet hall that can be used for weddings, receptions, corporate gatherings and other events. According to the applications, The Merovingian expects to host instrumental musicians, bands, comedy acts, DJs, magic shows, contests, karaoke and dancing by both performers and customers.

According to a diagram included with the applications, the front entrance will open into a ramp that leads into the main dining area. The ramp is located behind a stage and projector area, which faces away from N. Milwaukee St. and the front of the building. The seating area has room for about 10 tables. The bathrooms and the bar will be located towards the back of the space, along with a prep area for caterers.

No smoking will be allowed on the premises, and there will also be an estimated 10 security personnel. The business expects to make 40 percent of its sales from alcohol sales, 10 percent from entertainment and the other 50 percent from event rental. While the application lists the age range of potential customers as all ages, it also says no one under the age of 21 will be allowed inside the building after 10 p.m. The business expects to have 50 to 350 customers per day. The 4,000-square-foot space has a maximum capacity of 350 people.

Sean Pliss filed the applications, and is also listed as the sole proprietor. According to the application, Pliss has previously owned other lounges and has run banquets at hotels. Pliss declined to comment on plans for the space until the licenses were approved by the city.

The proposed opening date is July 2019, and construction is scheduled to begin after the licenses are approved.

Pliss has been guaranteed occupancy for 10 years. The lease started on March 1 of this year and is valid until March 1, 2029. Pliss is currently renting the space for $7,000 a month.