By Corri Hess, Wisconsin Public Radio - Mar 15th, 2019 11:29 am
Get a daily rundown of the top stories on Urban Milwaukee 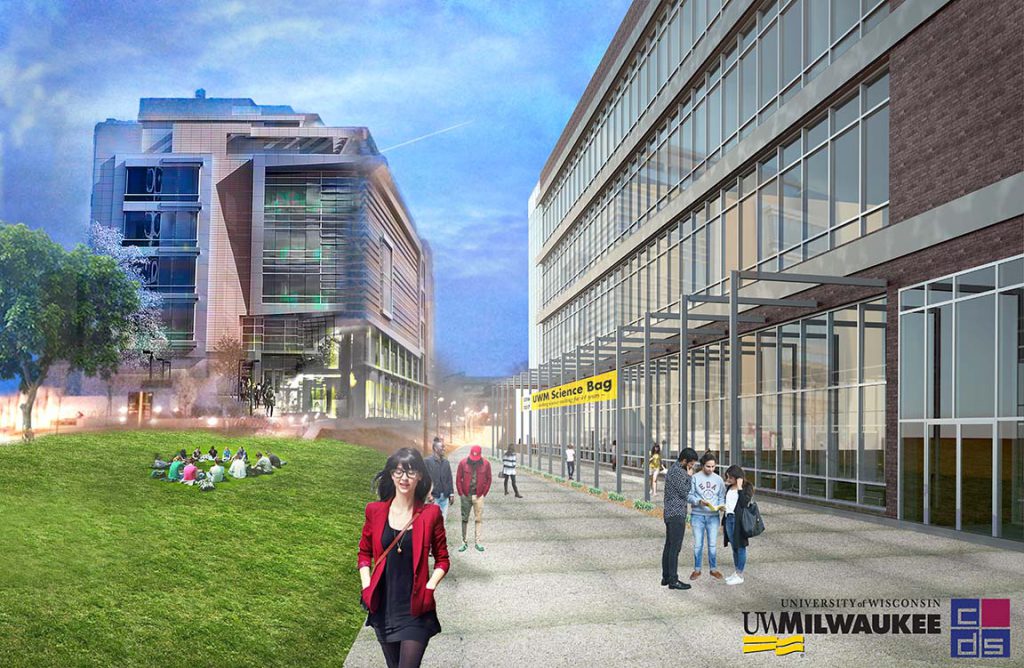 Gov. Tony Evers unveiled a capital budget last week that called for $2.5 billion in new building projects around the state. The plan includes more than $1 billion projects throughout the UW System.

One of the larger system projects is to replace UW-Milwaukee’s 46-year-old chemistry building with a new academic and research chemistry and bio-chemistry facility south of the existing building connected to the Kenwood Interdisciplinary Research Center. Doing so would allow for the future connection of a new and replaced engineering building.

“If we’re going to build Wisconsin’s economy for tomorrow, we can’t just keep kicking this thing down the road today,” Cross said. “You can’t run a modern chemistry class from your kitchen. This looks like the chemistry class that I was in in the 1960s.”

Cross told a group of faculty and students that Wisconsin does not have a “skills gap” problem, rather a people problem. He said training and retaining people is critical to the state’s economy.

“We need buildings like this to make that happen,” Cross said. “If you are going to teach modern chemistry, which is fundamental to every STEM (Science, Technology, Engineering and Math) degree we offer, this is not conducive to do that.”

Nieman is currently working on an asthma and pain project looking at how specific brain receptors could be targeted to reduce inflammation.

“(The aging building) slows down the work we are doing,” Nieman said. “Having a state-of-the-art building could give the research the jumpstart it needs.”

More than 60 percent of the UW System buildings are between 45 and 70 years old, Cross said. Replacing the chemistry buildings is one of Cross’ top priorities.

If the capital budget request is approved, construction would begin in April 2023 with a completion date expected in June 2025.