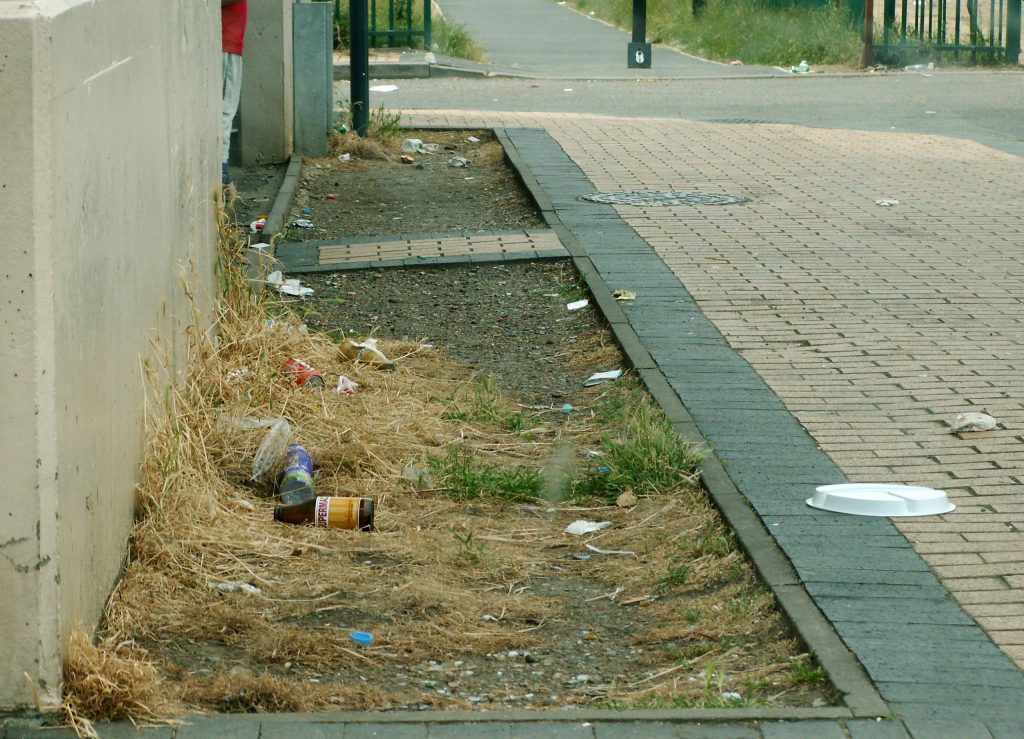 Litter on a sidewalk. Photo by Acabashi [CC BY-SA 4.0 (https://creativecommons.org/licenses/by-sa/4.0)]

It’s going to be a lot more expensive to litter in Milwaukee.

The Common Council voted unanimously to raise the minimum fine for littering from $25 to $500. “We just want to make sure the message is clear. We want people to stop littering,” said sponsor Alderman Russell W. Stamper, II.

“We will be launching a full-blown campaign to let people know this is the new direction,” said co-sponsor Alderwoman Chantia Lewis. She promised a campaign, being worked on by Stamper, Terry Witkowski and herself, would launch this spring with lots of signage.

The previous fine for a first offense was a discretionary $25 to $500. The minimum for subsequent offenses was $50.

Lewis, citing Atlanta and Cleveland, said she noticed the streets are cleaner in other cities. She said she noticed signs and marketing campaigns about fines of up to $1,000. “The only way we can start pushing the needle and keeping Milwaukee clean and beautiful is to have a full-blown campaign to say it’s not okay,” said Lewis.

Ald. Michael Murphy asked if there was any evidence that a higher fine was effective.

“Other cities have cleaner streets. That’s the evidence,” said Stamper. “Now it’s time for a little enforcement and a little threat on what can happen if you litter.” Lewis added: “I began to ask residents [of other cities], do you litter, why or why not?” She said she was told it was because of the fines.

A call to the Milwaukee Police Department reveals that the department issued only 51 tickets for littering in all of 2018.

The measure next goes to Mayor Tom Barrett for his signature or veto. The measure would go into effect April 1st.