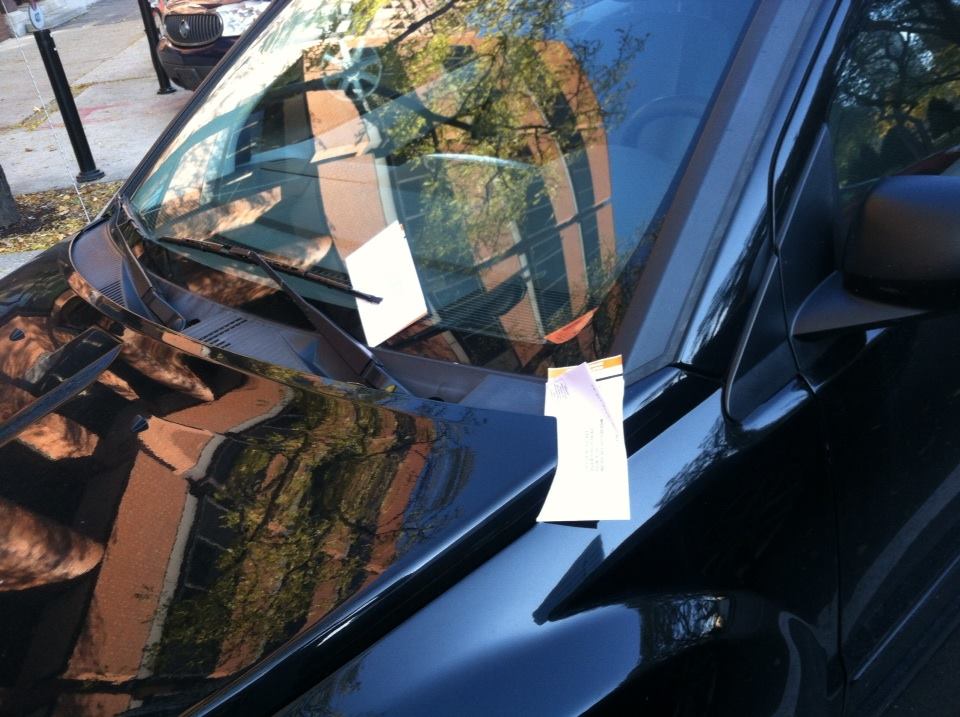 Parking tickets on a car in Milwaukee. Photo from a reader.

You will soon have an extra four days to pay a Milwaukee parking ticket.

Tuesday morning the Common Council adopted a proposal introduced by Alderman Cavalier Johnson that extends the payment grace period from 10 to 14 days.

In discussing the proposal before the Public Safety and Health Committee, Johnson said: “We wanted to come up with a way to have some economic justice for people who are indigent or may be living paycheck to paycheck.” The city’s poverty rate is estimated at 27.4 percent by the United States Census Bureau.

The proposal has the support of the Department of Public Works. “Anything that has the potential to lead to greater compliance is a positive,” said city parking services manager Thomas Woznick. Extending the grace period is not expected to have a material effect on parking citation revenue according to the ordinance.

A ticket for improperly displayed vehicle registration, which starts at $20, can grow to $50 in two months.

The base rate for city parking citations ranges from $20 to $60, with the exception of a $200 ticket for unauthorized parking in a handicapped zone.

The 2019 city budget anticipates collecting $15 million in revenue from parking citations, down from $16 million in 2018.

After unanimous passage by the council Tuesday morning, the ordinance heads to the desk of Mayor Tom Barrett.