By Shawn Johnson, Wisconsin Public Radio - Feb 5th, 2019 10:45 am
Get a daily rundown of the top stories on Urban Milwaukee 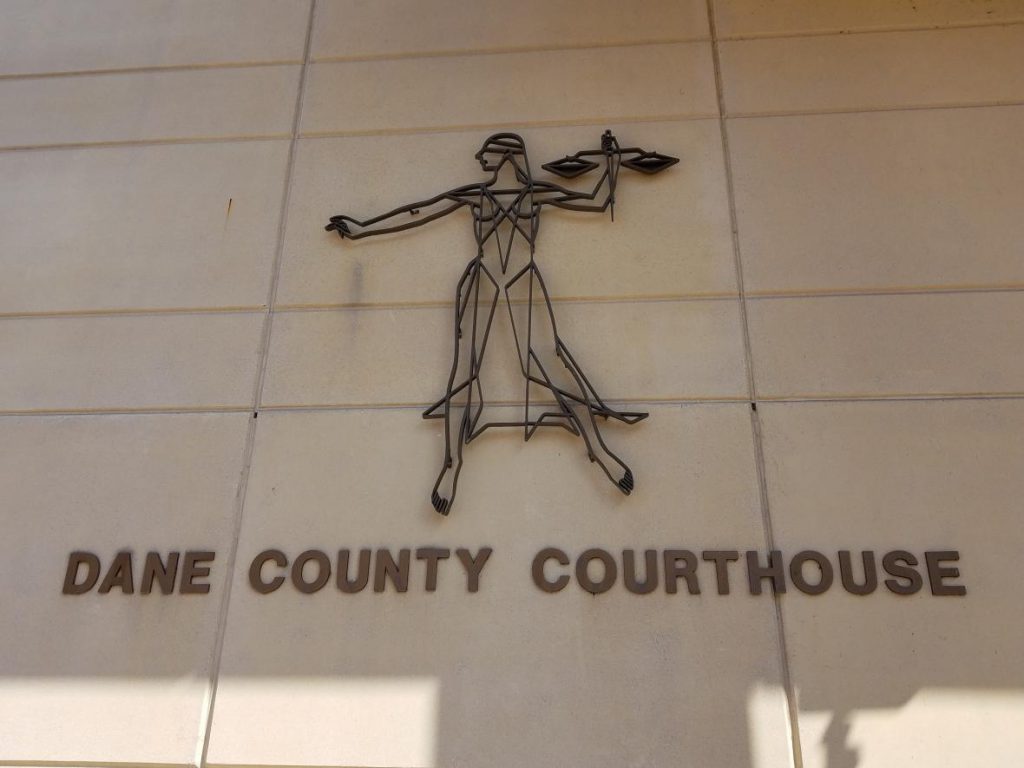 A coalition of unions has filed a new lawsuit in Dane County Circuit Court that seeks to overturn the laws Republicans passed in December’s lame duck session. Photo by Shawn Johnson/WPR.

A coalition of unions filed a new lawsuit Monday against the laws Wisconsin Republicans passed in December’s lame-duck session, arguing the changes violate the basic separation of powers guaranteed by the state constitution.

“In the blink of an eye, the lame-duck Legislature fundamentally altered Wisconsin government by arrogating to itself powers recognized for more than two hundred years as within the exclusive province of the Executive Branch, and by enabling a handful of legislators to change the law without the quorum mandated by the Constitution,” the complaint reads.

The lawsuit is the second one filed against the lame-duck session in Dane County Circuit Court. The other challenge, filed by a group of plaintiffs that includes the League of Women Voters of Wisconsin, contends the entire session was unlawful because the Wisconsin Constitution does not expressly permit the Legislature to meet in what’s known as “extraordinary session.”

A third lawsuit in federal court seeks to overturn new restrictions on early voting lawmakers passed during the lame-duck session. U.S. District Judge James Peterson already blocked those changes, ruling they were similar to laws he overturned in a 2016 ruling.

The plaintiffs in this latest case include Service Employees International Union, AFT-Wisconsin and the Wisconsin Federation of Nurses and Health Professionals among others.

It’s being filed against several GOP legislative leaders including Assembly Speaker Robin Vos, R-Rochester, and Sen. Majority Leader Scott Fitzgerald, R-Juneau. Evers and Kaul are also named in the case in their official capacities as governor and attorney general.

Spokespersons for Vos and Fitzgerald did not respond to requests for comment. Kaul’s office also did not comment and did not respond to a question about whether the Wisconsin Department of Justice would represent Evers or legislative leaders in this case.

“We’ve said repeatedly that the lame-duck session was a hasty and cynical attempt by Republicans to override the will of the people, and that the governor expected legal challenges,” Baldauff said. “He will be consulting with legal counsel to determine an appropriate course of action.”

In the League of Women Voters lawsuit, Evers’ office said it asked Kaul for representation but was denied, with Kaul citing a conflict of interest in the case. Evers is now being represented in that case by the firm of Madison attorney Lester Pines, who regularly represents Democrats in high-profile lawsuits.

While GOP lawmakers are not named in the League of Women Voters lawsuit, they have intervened. Former Wisconsin Solicitor General Misha Tseytlin, who worked for the DOJ under former Republican Attorney General Brad Schimel, is now representing Republicans as a private lawyer.