Apartments being created from the shell of century-old industrial building. 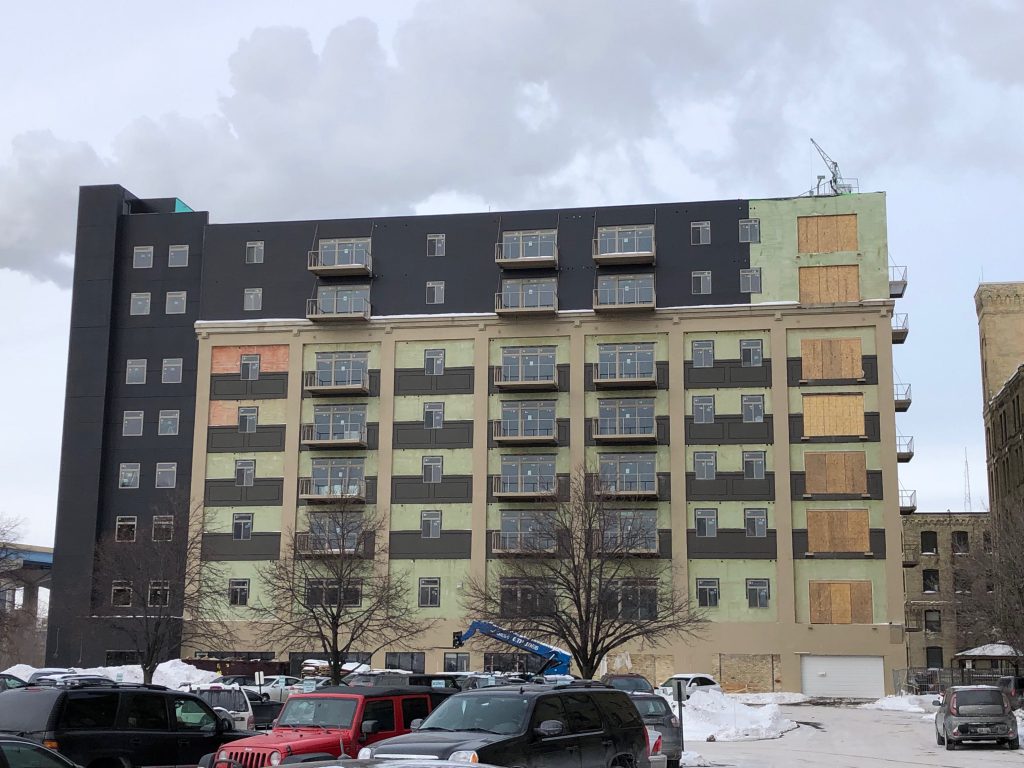 A long-vacant building in The Tannery complex will see new life under a warehouse-to-apartments conversion by developer David Winograd.

Winograd, through affiliated-firm LCM Funds 42 Granary LLC, is converting the six-story building at 720 W. Virginia St. into 69 apartments. To facilitate the $10-million conversion two floors are being added to the top of the building as well as an addition to the building’s western edge.

The first units are slated to be available on May 1st. Rent starts at $999 a month for a 540-square-foot studio. A two-bedroom, two-bath unit tops out at $2,025 according to the website.

Work on the project is being led by frequent Winograd partner Robert Bach and his design-build firm P2 Development Company. American Architectural Group is listed as the architect of record. Winograd has purchased and redeveloped a number of buildings in Walker’s Point in recent years.

The building, which prior to expansion had 62,418 square-feet of office space according to city records, is part of a group of former industrial buildings seeing new life.

The Tannery complex, much of which was once Pabst’s south side brewery and later the Pfister & Vogel Atlas Industrial Center, was redeveloped by Peter Moede in the 1990’s. Also under construction at the complex is an expansion of the River Place Lofts apartment complex, which is accessible only via W. Freshwater Way and operates as a gated community. The first phase of the project opened in 2016.

Work on Winograd’s project has progressed significantly since we last covered the project in March 2018. What was then a shell of a building, is now a fully-sealed structure with new windows and a substantial number of balconies.

The presence of the balconies and modern windows is indicative of the choice not to leverage federal and state historic preservation tax credits, which could have covered up to 40 percent of applicable project costs. The additional, income-producing floors would not have been permitted as currently configured if the tax credits were used. The building is located within Walker’s Point Historic District listing on the National Register of Historic Places.

City records indicate the building was originally built in 1920, however, it is likely much older than that. Much of the complex was constructed in the late 1800’s. An LCM Funds affiliate has owned the building since 2011 according to city records.

The final name from LCM changes the name of the building from The Grainery to The Granary Lofts.

The project is clearly visible from the northbound lanes of the High Rise Bridge (Interstate 43/94), allowing backseat drivers the option to critique the driving or construction work for the past year. 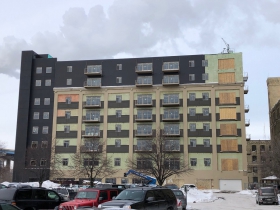 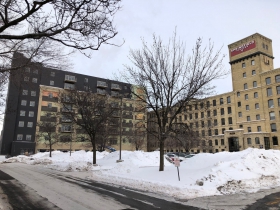 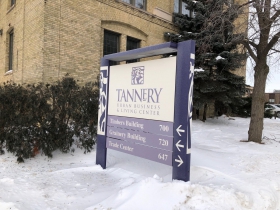 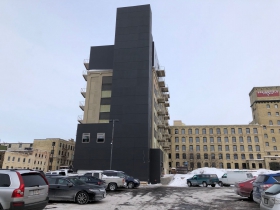 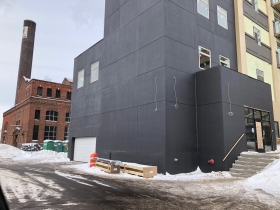 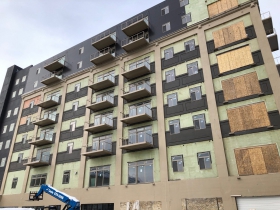