Symphony Kills It With Tchaikovsky 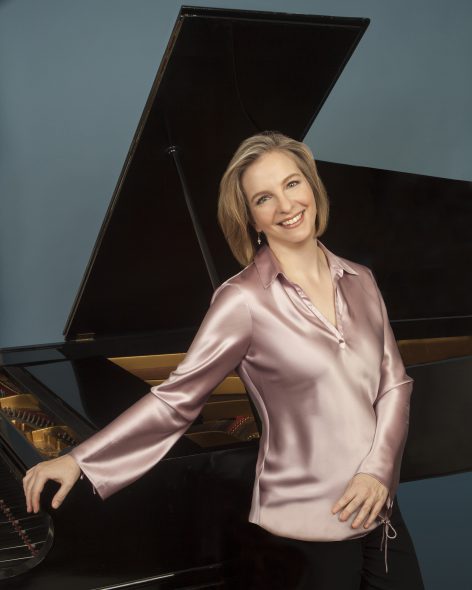 Despite the frigid cold on Saturday night, a large audience packed Uihlein Hall for the Milwaukee Symphony’s program featuring African-American composer William Grant Still’s Poem for Orchestra, Bartók’s Piano Concerto No. 3, and Tchaikovsky’s Symphony No. 6, the “Pathétique.” All three of pieces had a great inherent capacity to move listeners.

In his spoken introduction, young conductor Joshua Weilerstein drew interesting comparisons between the Bartók concerto and Tchaikovsky symphony as the composers’ respective last works, with different perspectives on death and suffering. Then he launched into Still’s Poem for Orchestra. As a meditation after the close of World War II, the piece traces a journey from darkness to light. Mr. Weilerstein showed himself to be a full-body conductor, pivoting energetically to different sections of the orchestra. The brass, a feature during the music’s moody opening minutes, was crisp and attentive. A more hopeful, bustling section near the halfway mark of the piece gave way to some absolutely gorgeous divisi playing — the strings divided into sections to play different parts. This music seemed to evoke the hopes and dreams of a world stumbling out of the horrors of wartime. Mr. Weilerstein’s enthusiasm for the piece was palpable. All in all, it was a prime of example of what makes concert-going special: hearing new, unexpected beauty that makes you curious to seek out more from that composer (as I certainly will).

Bartók’s Third Piano Concerto is often described as “Mozartian,” and also features some frisky unison piano writing that reminds me of Shostakovich. With this in mind, I wanted more playful charm from Orli Shaham. Her technique was never in doubt, but she rarely seemed to feel the music. Some of her flourishes in the first movement came across as clinical, simply playing the notes. A highlight of the first movement was a restatement of the opening theme over twittering winds and violins, where she seemed to play more sensitively.

The second movement opened with gestures that recalled the “Heiliger Dankesang” from Beethoven’s String Quartet Op. 132, turning into a touching dialogue between piano and strings. Here, again, Ms. Shaham left me cold. I would have liked more delicate dynamics, and more of a sense of occasion for this deeply personal music the composer wrote in his last year of life. Nevertheless, the middle “night music” section was colorful and mischievous, and also well-balanced. Some balance issues elsewhere in this performance muddled transitions, hindering the flow of the musical logic. Ms. Shaham was strongest in the finale, changing moods on a dime and dashing off volleys of notes with verve. The audience gave this piece a customary standing ovation to acknowledge the accomplishment of the soloist. I’m still not totally sure if the disappointment I felt was mainly with the pianist, acoustical problems in the hall, or something else.

I was truly blown away by Weilerstein’s account of the Tchaikovsky. The first movement featured a wonderful opening bassoon solo by Catherine Chen. Clarinetist Todd Levy was excellent as always in some key solos, including a memorable moment where the clarinet held a barely audible but still clear note before a new fortissimo section stomped all over it. Mr. Weilerstein conducted each iteration of the movement’s big tune with just enough restraint at the right points. At the movement’s climax, the orchestra produced a heavy, searing sound that I won’t soon forget. And at the final statement of the big tune, complicated by new harmonizations and inner voices, I felt the music’s kinship with the yearning sentiment of the Still piece.

Rich, lively cellos led the melody in the second movement. Mr. Weilerstein captured the grace of this 5/4 “waltz” in a consistently engaging performance. The third movement, Allegro molto vivace, was full of transparent textures and top-notch playing. Mr. Weilerstein looked fully in command of the music, guiding the musicians through the dynamic peaks and valleys and conveying a sense of delight. It was one of the most exciting symphonic movements I’ve heard in that hall. Much of the audience spontaneously burst into applause at the end, and who could blame them?

The conductor was all in for the finale, plumbing reservoirs of deep feeling. The strings sounded fantastic from beginning to end. The last few notes, solemnly fading away, seemed a cruel way to send us back into the cold, but we had been served a rich meal of emotional highs and lows. This was really a great bit of programming, even if the Bartók performance didn’t reach the transcendent heights of Still and Tchaikovsky.