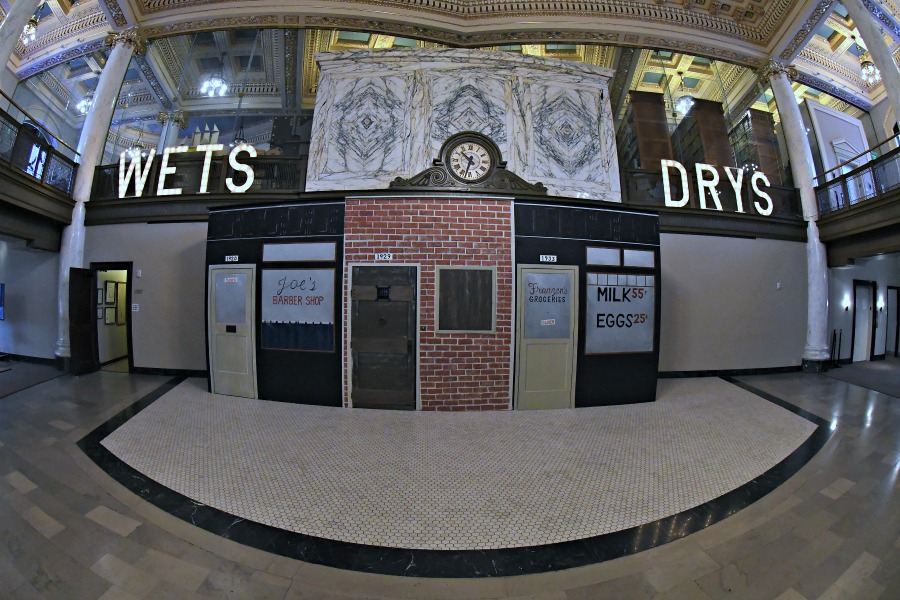 The 18th amendment to the Constitution, which prohibited the sale or transportation of alcoholic beverages, was ratified on the last week of January a century ago. Prohibition remained in effect until it was repealed by the 21st amendment in December, 1933.

The dry years years caused significant social and economic disruptions throughout society, and especially in the city of Milwaukee, where nine breweries employing over 6,000 people produced millions of barrels of what made Milwaukee famous annually before the curtain fell. Milwaukee companies also made machines that made bottles for the beer, and machines that made the machines that washed the bottles — and so on.

Furthermore, Milwaukee was, on the consumption side, one of the wettest communities in the nation. It held this distinction since well before the “noble experiment,” it maintained it during Prohibition, and it continues its reputation to this day.

Thus it is a good time to explore “How Dry I Am: Prohibition Milwaukee” the drolly titled 2019 Feature Exhibition at the Milwaukee County Historical Society, 910 N. Old World 3rd St. The era and its local impact are chronicled in an expansive multi-media environment debuting this week.

From Antecedents to Aftereffects

The exhibition was organized by Benjamin Barbera, the Curator and Operations Manager of the museum established in 1935, just after Prohibition ended. “How Dry I Am” charts the course of the temperance movement (and its resistance) from its roots in the early 19th century, when it had a nativist anti-immigrant and religious focus. In 1835, when Milwaukee was settled by “Yankees and Yorkers”, the per capita consumption of absolute alcohol per person of drinking age was 5 gallons, virtually all in distilled spirits — “Demon Rum”. It was not just the clergy in the pulpits who decried the country’s drunken state; there was a genuine public health crisis at hand.

Soon the WASPS were joined by a new group of drinkers, and the Prohibitionists had a new target: Immigrants from Germany, Ireland, Poland and other countries brought their drinking customs to America, including their beer, which was much lower in alcohol content than the hard stuff. “Beer is the drink of temperance,” the newcomers argued, while the establishment saw a dangerous foreign element with strange customs (drinking in public, playing music and dancing on the Sabbath) taking over the nation. Milwaukee’s brewers and their beer were seen as tools of the Kaiser, as war with Germany loomed.

Protestant Clergy (generally with the exception of German Lutherans), aided by women’s groups, and a massive public relations campaign sought a ban on alcohol sales as a path to salvation for individuals and for society.

Former Mayor David Rose would have none of it. A display shows a photo of Rose and a no-nonsense quote from him outlining his thoughts about the movement:

Prohibition is the greatest iniquity that has been forced upon a nation. It is ruining this nation faster than the war ever could. It is the pet of fanatical psalm-singing hypocrites.”

Rose delivered his message nationwide in 238 cities after retiring as mayor in 1910.

We learn in the second section of the exhibition that prohibition, sold also as a wartime measure to conserve grain, went into national effect in January 1920, with the Great War already ended.

During that same period, the city lost $500,000 in tavern license revenue. Whereas the city had 1,980 saloons in 1918 — one for every 230 residents — it now had zero. Many were then licensed as “Soft Drink Parlors,” permitted to sell a low alcohol product with 0.5% alcohol, or about that found in a loaf of bread. The exhibition finds some humor in this, with a quote from a wit who said, “the guy who named ‘near beer’ was a damned poor judge of distance.”

Breweries converted their plants to other uses including production of chocolate candy (Schlitz) or cheese (Pabst). Gettelman manufactured snow plows. The public turned to new pastimes, such as motion pictures, dancing the racy Charleston and drinking in speakeasies. Video displays at the exhibition help to recreate that world, right down to motion picture images of agents smashing barrels upon barrels of illegal hootch.

The exhibition makes a compelling argument that Prohibition, with its public health and religious roots, was ultimately an economic and political issue. The political “infighting and friction between federal, state, and local officials also weakened enforcement,” and began early, the exhibit reveals:

Those charged with offenses sought jury trials as a means to clog the courts or to get hung juries.

On the economic side, organized crime was able to gain a foothold across the nation, with its center being ninety miles to the south. Al Capone and his gang drove through Milwaukee many times en route to their hideaway up north. Entrepreneurs found niche markets, somewhat reminiscent of the head shops of the hippie era. The Belmont Malt and Hops Shop sold home brewing necessities, which was legal. In 1927 a raid at the site, 2329-Vliet St. found an operating still on the second story, which was not legal.

Mary Ann Kwapiszewski, the “Moonshining Mama,” ran her own still (on display) and served her product at her tavern at 2901 S. 11th St.

The display also includes tools of the home-brewer’s trade, and a complete wine making setup, along with many period items of breweriana and otherwise, most from the society’s holdings and some on loan from the Chudnow Museum of Yesteryear which is particularly strong in its holdings of domestic period artifacts.

The End is Near

Unlike the recent marijuana prohibition, in which law enforcement maintained a hyper-vigilance in enforcing the law, authorities were more inclined to give a blind eye to prohibition offenses. Since it is probably easier to spot a drunk than a stoner, this required some forbearance on the part of the authorities.

In an advisory referendum last November, a majority of voters in each Milwaukee County community voted to legalize marijuana, with city residents favoring the measure by over 70 per cent.

We learn of an antecedent to this vote in April, 1929, when Milwaukee County residents voted 84,000 to 15,000 against Prohibition. Governor Walter J. Kohler Sr., a Republican, signed a bill on May 30th repealing the Sorenson Act, which was the state’s Prohibition law. Two days later, the Common Council of the City of Milwaukee voted unanimously to repeal the city Prohibition laws. From that time forward, enforcement of the anti-liquor laws rested with the understaffed Federal law enforcement agencies. With the election of Franklin Delano Roosevelt, happy days were here again, Prohibition was ended, and Milwaukee’s breweries went back to making beer, as God intended, and not chocolate bars, processed cheese and snow plows.

A Museum that is also a Bar

The Milwaukee County Historical Society also operates Brew City MKE, a tavern featuring local beers and a great number of brewery and beer related items from its collection. The bar is located in “The Avenue,” (formerly “The Shops at Grand Avenue,”) just blocks to the south at 275 W. Wisconsin Ave. See Bar Exam: “A Bar That’s Also a Museum” from May, 2018, for more information.

(The Inaugural Milwaukee Museum Week runs until January 27th at 16 participating organizations, each of which will share their contributions to Milwaukee’s vibrant cultural landscape with special exhibits, behind-the-scene tours, curator talks and other activities, some free or at reduced cost.

It is not without irony that Milwaukee offers museum attractions this week to rival Washington, D.C. While our museums don’t offer the Hope Diamond, the Spirit of St. Louis, paintings by Da Vinci and Rubens, the Declaration of Independence and the Constitution (original editions) neither do Washington’s institutions which are closed due to the government shutdown.) 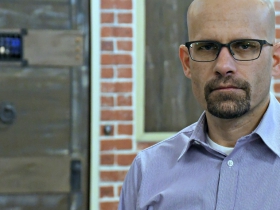 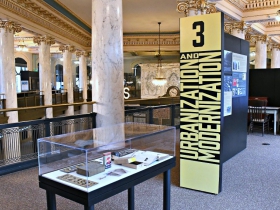 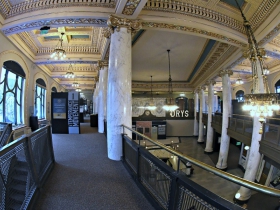 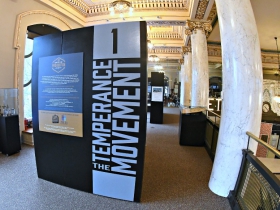 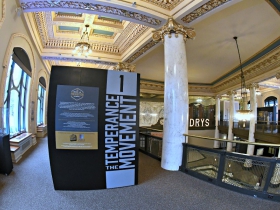 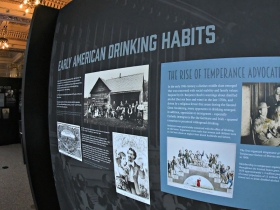 One thought on “Museums: Prohibition Exhibition Is Fascinating”