Republicans Back Bill on Pre-Existing Conditions

But Evers warns if protections weaker than Obamacare he will veto the legislation.

By Shamane Mills, Wisconsin Public Radio - Jan 16th, 2019 02:08 pm
Get a daily rundown of the top stories on Urban Milwaukee 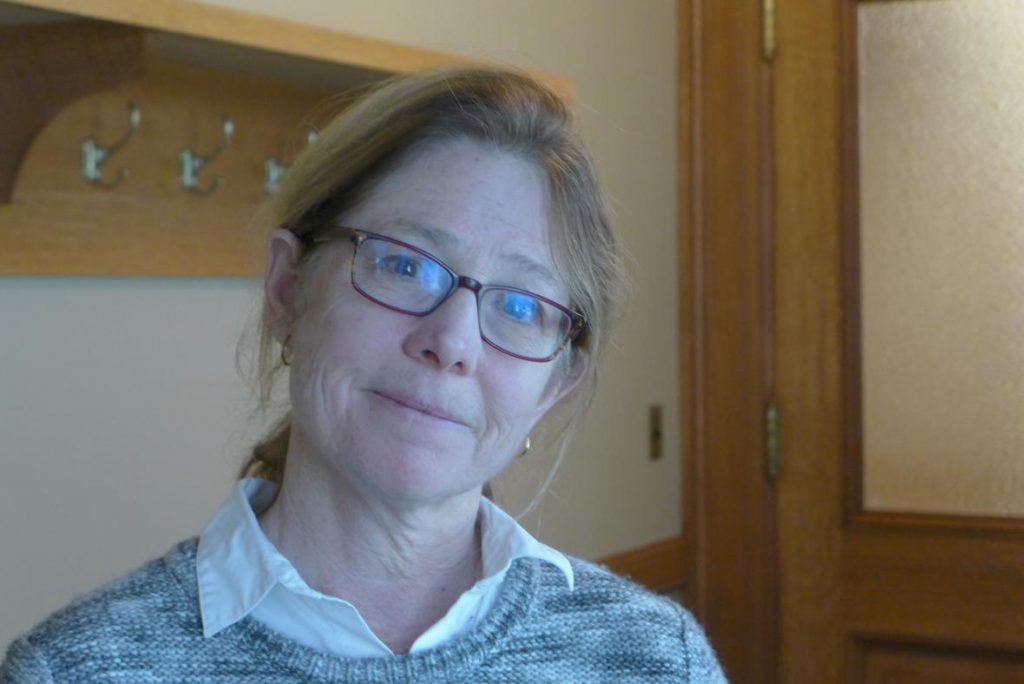 Leslie DeMuth has concerns that a state proposal to protect pre-existing conditions is too weak. Republican legislators are proposing a bill that would have some of the elements of the Affordable Care Act, but not all. DeMuth said she fears her pre-existing medical conditions might not be covered if the federal law is found unconstitutional and the state law replaces it. Photo by Shamane Millls/WPR.

Republicans lawmakers, who control the state Legislature, are moving forward with a bill to protect Wisconsinites with pre-existing medical conditions, saying it would make sure they can get insurance if a federal court ruling against the Affordable Care Act is upheld.

But Democratic Gov. Tony Evers said that any state protections should be as good or better than what’s available now under the ACA, raising the prospect that he might veto the bill should it reach his desk.

“It’s important that whatever passes the Legislature has to be equal to or better than what exists at the federal level,” Evers told reporters on Tuesday.

Legislators are under pressure to act because the federal law is in limbo and health care was a politically potent issue in the November election. Candidates from both parties promised to maintain the protections embedded in federal law, which Wisconsin and 19 other states have challenged in a federal lawsuit.  In mid-December, a federal judge in Texas ruled against the ACA, but kept the law in place while it’s appealed.

Republicans say they have a replacement for portions of the law that polls show are popular.

“We want to protect our constituents,” said state Sen. Andre Jacque, R-De Pere, who is author of the bill in that chamber.

On Tuesday, the Assembly health committee held a public hearing on a bill that has the backing of dozens of GOP legislators. Democrats said that the proposal falls short of the federal protections.

The measure wouldn’t prevent annual and lifetime caps, which could limit coverage for those with cancer and other costly conditions.  The bill also doesn’t require all insurance plans to have the same benefits, like hospitalization, prescription drug coverage and mental health services.

“What good does it do to have insurance if it doesn’t pay for the treatment you need?” said state Rep. Jimmy Anderson, D-Fitchburg.

“You could find a plan that does cover that disease,” answered Rep. Mike Rohrkaste, R-Neenah.

“The ACA (is) not working for everyone,” said Rep. Kevin Petersen, R-Waupaca, the bill’s author.

Peterson said provisions that Democrats want could be addressed in separate bills that go beyond pre-existing conditions.

Jacque said he took offense that Democrats were taking an “all or nothing” attitude toward the bill.

Leslie Demuth, 64, of Lake Mills, told lawmakers that she has several pre-existing conditions and isn’t sure the bill is strong enough to provide adequate coverage.

“It’s  a good start, but unless you add these amendments, it’s a mirage. It’s not going to truly cover pre-existing conditions,” DeMuth said.

DeMuth said she has purchased health insurance through the ACA marketplace and get subsidies that help her afford coverage.

During the hearing, Democrats on the committee pointed out there won’t be federal subsidies under the state bill, which would only go into effect if the ACA goes away.

The Assembly health committee plans to vote on the bill Thursday.

Assembly Republicans passed a similar bill last year, but it failed in the state Senate during December’s extraordinary session.