Construction Underway on The Yards

Pile driver getting plenty of use to construct foundation for Walker's Point apartment building. 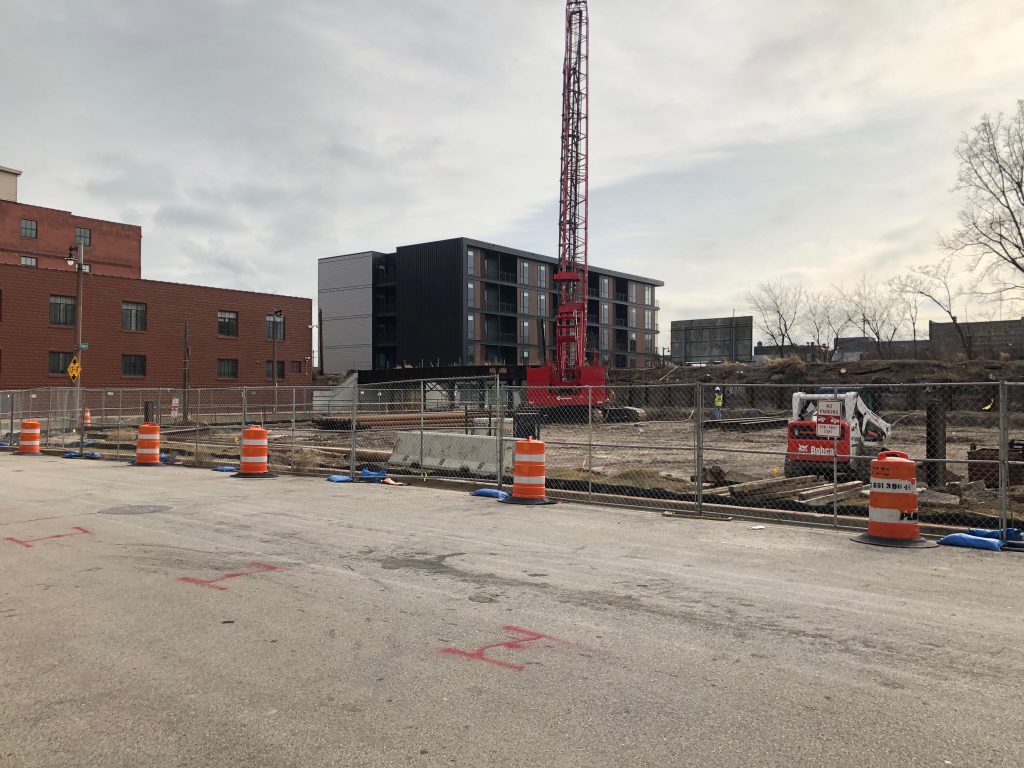 Pile driving for The Yards, The Quin in the background. Photo by Jeramey Jannene.

Construction is underway on The Yards, an 87-unit apartment building. The L-shaped building is being constructed on a long-vacant lot at 223 W. Oregon St.

The steel piles being driven into the ground will be used to support the building. Underground piles, which are fairly common in Milwaukee, are one of a handful of techniques available to support buildings on soft soils.

The project is the second Milwaukee project for Linden Street Partners. The firm recently celebrated the completion of The Quin, a 70-unit apartment building located a stone’s throw away. Things must have gone pretty well because Linden again hired architecture firm RINKA and general contractor Altius Building Company.

We last covered The Yards in October when soil testing was underway. At that point, Linden partner Scott Richardson told Urban Milwaukee that foundation work would begin in December and January. Right on schedule, equipment from Michels and general contractor Altius can be found on the site.

Richardson told Urban Milwaukee that the building’s name, The Yards, is a double entendre. It’s both a reference to the building’s location, on the eastern edge of the Reed Street Yards water technology business park, and to the proposed amenities, which include a dog walk, second-story rooftop deck and balconies on every unit.

The fact that the two sites are divided by an active freight rail line doesn’t bother Linden Street. “We don’t see freight trains as a negative at all. It lends to the urban feel of the project,” says Richardson. He adds that modern wall and window systems are substantially better than those of even a decade ago and very little additional work is required to block out the sound of a passing train.

The building’s design was approved by the City Plan Commission in March 2018. The Common Council’s Public Works Committee approved an air space lease last week to allow a small portion of the building to hang over the sidewalk. 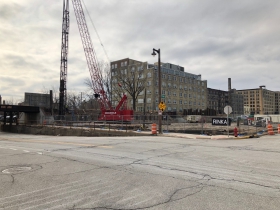 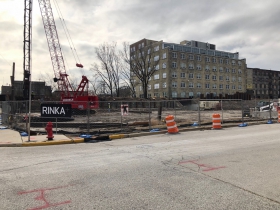 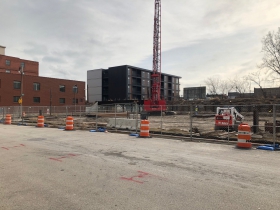