Common Ground seeks apology for treatment of two black pastors, and reviewing actions by other suburbs.

By Isiah Holmes, Wisconsin Examiner - Jan 10th, 2019 02:58 pm
Get a daily rundown of the top stories on Urban Milwaukee 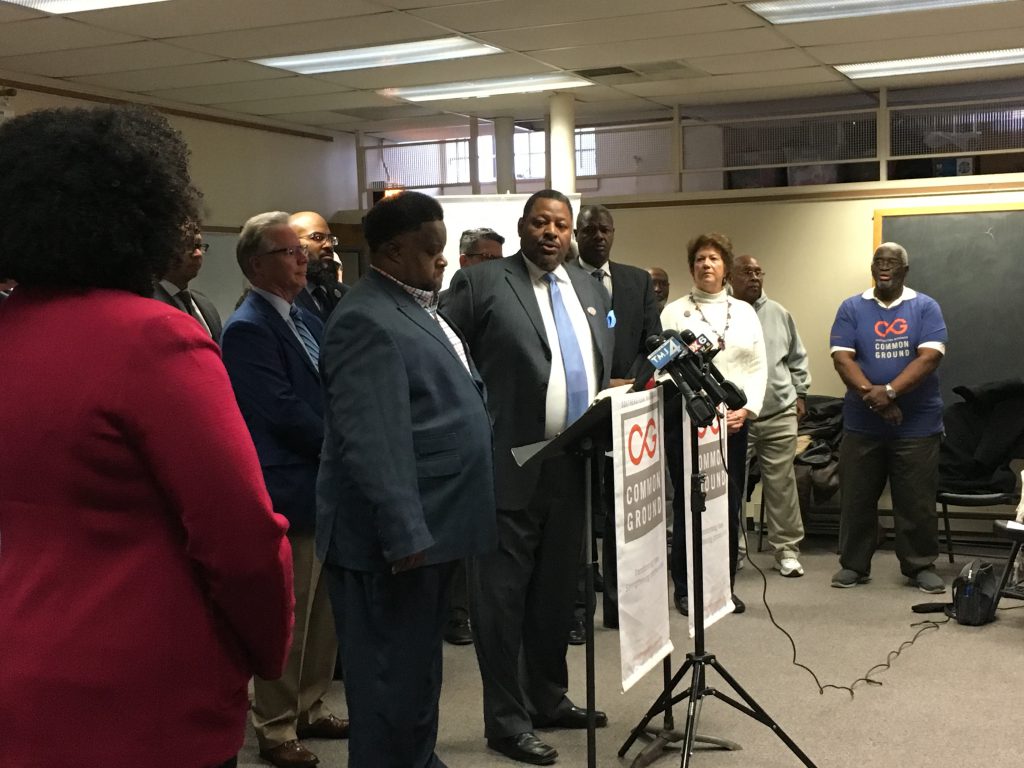 The social justice collective Common Ground has filed a lawsuit against Waukesha County Sheriff’s Department accusing deputies of racially profiling two African-American pastors as they waited for roadside assistance on May 1st 2018. The group is also reviewing the treatment of minorities by other suburban police officers.

The filing was announced yesterday, at the Community Baptist Church on Sherman Boulevard in Milwaukee. Gwen Mosier, a Common Ground Strategy Team member, called this “the next step” in their investigation of the department. The incident in question began after Pastors Demetrius Williams and John Patterson completed a fishing trip. While taking interstate 94 back to Milwaukee, a flat tire on their boat trailer stranded the two friends on the roadside. Although a tow truck was enroute, what arrived first was a squad car with lights flaring. Waukesha Sheriff Deputy Erik Michalsen, a probationary officer, got out to approach the car and the officer training Michalsen, Deputy Sheriff Michael Powell, didn’t intervene. Michaelsen then asked the pastors whether they had drugs or guns. Their I.D’s were taken, and a check of any outstanding warrants was done. When the pastors objected, they were told this was policy.

Veteran civil rights attorney Mark Thomsen, representing the ministers in the lawsuit, notes that Waukesha County’s policy obligates deputies to assist disabled vehicles. The lawsuit states the deputies “knowingly and recklessly” questioned the pastors rather than providing aid, and violated the Fourth Amendment ban of unreasonable searches and seizures and the 14th Amendment right to equal protection under the law. The suit seeks unspecified compensatory and punitive damages. 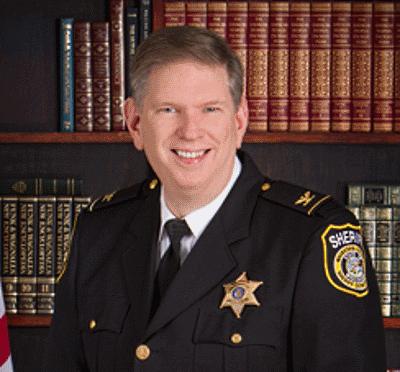 Common Ground pointed to the very different treatment of Susan Herro, a white Waukesha resident. Herro described her experience in a letter she wrote to Waukesha County Sheriff Eric Severson on September 6th 2018. Her responding deputy “asked if I wanted to wait in the back seat of his vehicle, out of concern for my safety,” Herro’s letter read. Mosier read from the letter at yesterday’s press conference, and called the department’s profiling patterns “chronic and persistent.”

Mosier told Urban Milwaukee that Common Ground and the pastors wanted to meet with Sheriff Severson to discuss his polices. Their attempts were fruitless, with Thomsen charging that Severson publicly “white washed” the incident. Following the incident, Severson said his deputies didn’t racially profile the pastors. According to Patch, Severson stated an investigation by his office found “no violations of policy.” The sheriff wasn’t available to comment for this story.

Pastor Williams, of Greater Milwaukee’s Community Baptist Church told the press that he felt “violated” following the experience. Pastor Patterson, of the Mt. Olive Church, charged that this “happens to black and brown people every day.”

As a result, Common Ground has launched a broader investigation into claims of racial profiling. Not only in Waukesha County, but throughout several suburban municipalities. Though Rosier couldn’t disclose which departments are under the microscope she assured Urban Milwaukee, “we have them cataloged.” To gather even more reports from residents, Common Ground’s numerous member churches will hold “Stand For Justice Sundays.” Beginning on Monday, Martin Luther King Day, the meetings will allow citizens to share information about their encounters with suburban police.

Mosier hopes the meetings will particularly empower white people to speak out. “I have found that there are white people in Waukesha County that agree there is racial profiling,” she told Urban Milwaukee. “But they don’t want to come to the forefront. If we know it’s wrong, and know it’s unjust, why cant we say that’s wrong?”

“Understand that you work for us,” Mosier declared to Severson. “We voted you in, you work for us, and we deserve an explanation when things come up,” as she put it to Urban Milwaukee. Mosier says that since Severson ran unopposed, “there was no elective way for us to push back.”

With the lawsuit, the pastors and broader coalition hope to learn more about the sheriff’s policies and initiate change.“Our job is to go ask these people, fellow citizens sworn to uphold and treat everyone equally, why this occurred,” Attorney Thomsen said. “We would like Waukesha County to admit this was wrong.”

Correction: An earlier version of this story indicated that the Gwen Mosier’s statement starting with, “Understand that you work for us,” was directed to Milwaukee County Sheriff Earnell Lucas, urging him to take action; this was incorrect. Mosier was referring to Waukesha Sheriff Eric Severson. We apologize for the error.

One thought on “Waukesha County Sued for Racial Profiling”