How Aurora Makes Us Poorer 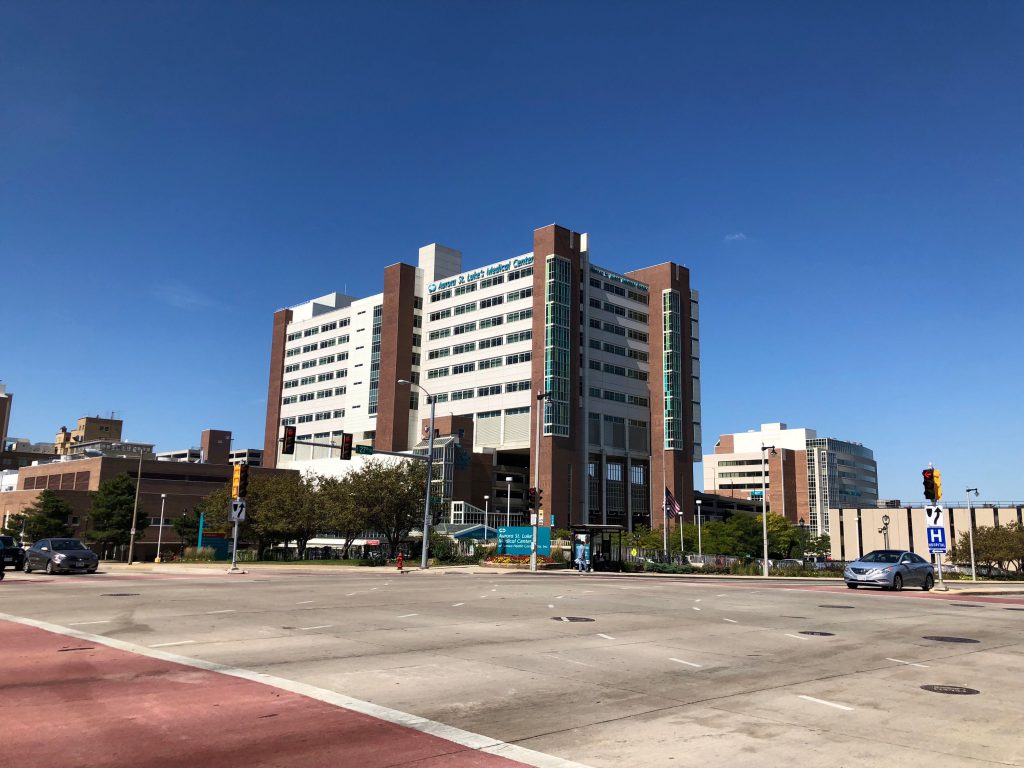 Year after year, you see reports that medical care costs are higher in Milwaukee than many other cities, without anyone in the media connecting all the dots on what is causing the problem. It’s all about the market power — and executive compensation — of mega medical providers like Aurora Health Care.

A recent report by the Health Care Cost Institute found that Milwaukee’s prices for medical care are about 17 percent above the national average.

There was nothing new about that. A 2017 analysis by the same group found that “doctors in the Milwaukee area are paid 41% more than the estimated national average for the services they provide,” as the Milwaukee Journal Sentinel reported.

And a 2014 study done by Milliman Inc., for the Greater Milwaukee Business Foundation on Health, found that physicians’ fees in southeastern Wisconsin were almost 50 percent higher than in other Midwest markets, the same story reported.

Why? As Guy Boulton reported, “Prices typically are higher in markets that are dominated by one or two health systems… A 2015 study by the National Academy of Social Insurance found that market power — the ability to raise and keep prices higher than they would be in a competitive market — was a serious problem in health care markets across the country.”

As Aurora has grown and gobbled up hospitals and grabbed ever more market power, they have the ability to negotiate ever higher fees with health insurance companies.

“Many health systems are getting very rich,” as Robert Berenson, a physician and fellow at the Urban Institute, told the newspaper. That would be an accurate description of Aurora Health Care and its executives.

Aurora’s most recent financial statement, for 2017, shows it made $5.3 billion in total revenue, with a net income of 474 million, akin to a profit of 8.8 percent. Yet just a minuscule portion of total revenue — 1 percent — went to charity care.

That left lots of money to pay to its executives. Aurora’s most recent federal tax form, for 2016, shows it provided compensation of $25.4 million to a long list of top employees, topped by CEO Nick Turkal at $3.9 million, with 5 others earning well over $1 million and more than $788,000 going to communications person Michael Brophy, whose job is to defend such practices.

Keep in mind this is supposed to be a charitable organization, which is therefore tax exempt. As recently as 20 years ago, heads of hospitals were earning modest salaries and board members were civic-minded volunteers out to help the community. Now mega medical care outfits like Aurora are a great place for top execs to become millionaires and its board members get an average annual “fee” of well over $50,000, led by corporate attorney John Daniels, Jr., who earned $79,700 as board chair that year.

Back in 2010, the JS reported that longtime Aurora exec Donald Nestor, “considered a key architect” in Aurora’s “aggressive expansion over more than two decades,” was rewarded with a massive $8.2 million compensation after his retirement as chief operating officer in January 2009.

Once hospitals made it part of their mission to provide charity care. Now they compete to provide as little as possible while finding creative ways to reward their top dogs.

In December Aurora “agreed to pay $12 million to the federal and state governments to settle allegations that it violated the federal anti-kickback law by paying excessive compensation to two cardiologists,” as the JS reported.

“The settlement hinges on the Stark Law, which prohibits physicians from having a financial relationship with hospitals and other health care providers to whom they refer patients,” the story explained. Two physicians for Aurora were earning about $2 million apiece, raising questions as to whether they were making referrals to Aurora hospitals not based on a medical judgment, but to make money. Aurora did not admit liability for the allegations, but simply dipped into its huge pot of cash from the nationally high prices they charge to settle the suit.

Aurora has so much money to spend it was spotlighted by the Business Journal in 2010 for outspending for-profit companies in its outlay for sports luxury boxes. Aurora had given its executives trifecta of sports luxury, with baseball, basketball and football suites at Miller Park, (which then went for as much as $100,000 a year to see Brewers games in style), the Bradley Center ($100,000-$200,000 per year to see Bucks and Marquette games) and Lambeau Field ($68,000 to $154,000 for Packers games).

In reaction to this coverage the embarrassed leaders at Aurora got rid of the suites. Brophy told the Business Journal the organization “decided it was better to spend our money on patient care than a suite. It was … the right thing to do.”

Aurora and other health care giants have become key contributors to the wealth gap in America, with top executives earning hundreds of times higher salaries than their lowest paid workers. But the situation is perhaps more outrageous than the pay gap at profit-making companies, because the Auroras of this world are tax exempt. In 2011 it was estimated that the value of the tax exemption to America’s nonprofit medical organizations was a whopping $24.6 billion.

Yet there are still some people who make donations to heath care giants, presumably unaware they are increasing the gulf between rich and poor. In 2016 Aurora received $887,132 in contributions and grants, its federal tax form shows.

For the average citizens of metro Milwaukee, Aurora gouges them in multiple ways. It drives up the cost of medical care beyond what health care groups in other cities charge. It increase our taxes to make up for its tax exemptions. And it grabs charitable dollars that should be going to truly deserving organizations. Aurora’s current mission statement is revealing in what it doesn’t say: there’s not a word about charity, a focus on the community or serving those who can’t afford to pay.

2 thoughts on “Murphy’s Law: How Aurora Makes Us Poorer”