By Hope Kirwan, Wisconsin Public Radio - Jan 9th, 2019 01:56 pm
Get a daily rundown of the top stories on Urban Milwaukee 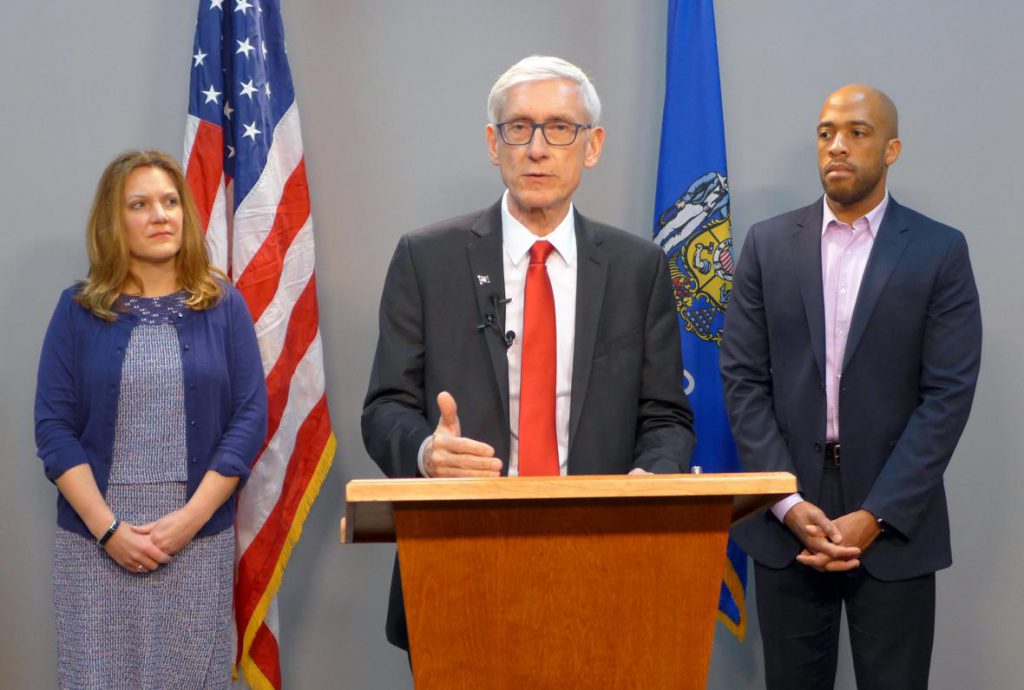 Reflecting on the past leadership of the state, Gov. Tony Evers said Tuesday that not all state employees felt valued under former Gov. Scott Walker‘s administration.

Evers signed two executive orders addressing the issue Monday after being sworn in as governor.

The first order prohibited discrimination against people employed or served by a state agency. The second order directed the secretaries of state agencies to recognize and respect state employees.

At a press conference Tuesday in La Crosse, Evers said the executive orders addressed problems he saw under the Walker administration.

“As somebody that’s run a state agency, I know how important it is to have a good culture so that people feel engaged in their work and feel comfortable coming to work and feel that they have value. And I’m not sure that that happened in the rest of state government,” Evers said.

Evers said he has talked about the issue with each of his appointments for state secretary positions.

Evers was in La Crosse for a tour of Gundersen Health System Medical Center, where he spoke about his commitment to making health care more affordable.

“When I started the campaign for governor, we had an event right here in La Crosse and I remember talking to several people who had decided to move across the river to Minnesota so that they could access not only better care but, most importantly, affordable care,” Evers said. “We need to make sure that we have the best health care possible.”

One order directs the state Department of Health Services to increase health care access, reduce health disparities and develop a plan for expanding Medicaid eligibility in the state. Another order directs DHS and other state departments to provide recommendations for protecting patients with pre-existing conditions and improve insurance literacy.