The Eternal Campaign of Scott Walker

He’s earned $2.3 million from government, and is already running for office again. 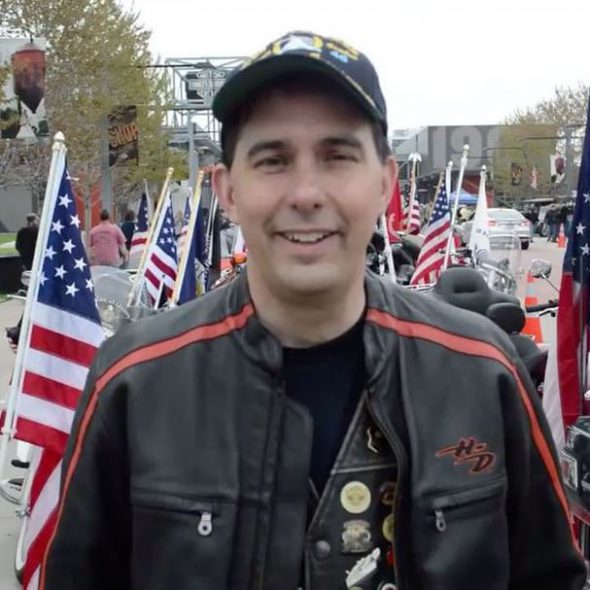 He doesn’t yet know which office. Maybe for U.S. Senator in 2022. Maybe for governor. Maybe he’ll run for the congressional seat now held by Jim Sensenbrenner, should the longtime Republican representative retire, as an impatient-to-rise Walker suggested Sensenbrenner should more than a decade ago.

After he lost in November’s election there was speculation as to what Walker would do in the future: would he become a television analyst, a lobbyist or maybe even a minister like his late father?

Not a chance. Walker has only one interest: politics.

His “immediate plans are to hit the speaking circuit, advocating for conservative proposals and talking up the conservative agenda he enacted in Wisconsin. Walker also said he sees himself as President Donald Trump’s chief advocate in Wisconsin,” as he told Scott Bauer of the Associated Press.

In short, Walker plans to keep himself in the public eye while building toward his next campaign for office.

The truth is that Walker doesn’t have any other skills besides politics. His only career has been in government; he’s served in office since age 25.

Historically, legislators in Wisconsin and other states have often served in other careers, as farmers, lawyers, teachers, accountants and business people, which gave them some understanding of how the world outside government works. Walker has almost no such experience, and couldn’t even finish getting his bachelor’s degree

And yet the college dropout has spent more than a quarter century biting the hand that feeds him, disparaging government while extolling the private sector he knows nothing about.

When Democrat Elizabeth Warren announced she would run for president Walker assailed her as an “out-of-touch liberal law professor who thinks government is the answer to our problems.” But Warren worked as a teacher and private lawyer before becoming one of the most frequently cited law professors in the field of commercial law. Walker has no comparable experience or expertise.

Walker’s attack on Warren included that line that “True freedom and prosperity don’t come from the clumsy hand of government, they come from the dignity of hard work.”

But few in Wisconsin have gotten more from the clumsy hand of government than Walker. One Wisconsin Now added the totals and found Walker has earned $2,263,058 in salary since 1993 from his jobs in state and county government. To maximize his compensation from the taxpayers, Walker sold his home in Wauwatosa and lived exclusively in the governor’s mansion, the only Wisconsin governor in memory to do this.

It’s hard to think of anyone who better fits the conservative complaint about citizens who “who suck endlessly on the government’s teat.” Walker has done it for nearly his entire adult life.

And whatever money he earns in the next few years while preparing to run will be from special interests, conservative groups looking to get policies they favor passed. He will simply be cashing in yet again on his career as a politician.

Which makes you wonder how he can afford a downtown condo in Milwaukee, if he found it onerous to pay for his modest Tosa home. Apparently Walker has has already been guaranteed a steady income for giving speeches and advocating for conservative causes. Is he getting paid by billionaire Diane Hendricks or perhaps the Koch Brothers? Now that he’s not in government, Walker won’t have to disclose who is helping support him.

It is truly remarkable how focused Walker is on just one goal: political power. He claims he never heard a song by the Solidarity Singers, who sang every day in the state Capitol for nearly Walker’s entire term of eight years as governor. He typically rushed to his East Wing office, with police officers flanking him, without greeting visitors to the Capitol, but sometimes skulked in using the state building’s underground utility and delivery tunnel. And the general public was never allowed to attend the invitation-only listening sessions Walker held across the state.

You might think someone who’s earned more than $2 million from the taxpayers would feel more beholden to them. But Walker, who raised more than $100 million from campaign contributors and benefited from another $46 million spent by special interests, has never lost track of the supporters who really count. In the next few years, it appears, he will be repaid for that loyalty.

Correction: An early version of this column mistakenly said Walker’s student debt was from his own college education; in fact, he took out loans to help finance the college education of his two sons.

5 thoughts on “Murphy’s Law: The Eternal Campaign of Scott Walker”