Here’s one more way Republican Gov. Scott Walker made Wisconsin history: His four campaigns – three for governor and one for President – raised a record $100 million between 2009 and 2016.

When Walker’s presidential campaign paid off its debt by Dec. 31, partly by getting vendors to take a 10 percent haircut on what they were owed, it offered a new glimpse at fund raising by the 49-year-old governor who plans to seek a third term next year.

The Wisconsin Democracy Campaign (WDC), which keeps its own campaign-finance databases and monitors campaign spending reported by groups nationally, last week scored the governor’s fund raising over the last eight years at a stunning $100 million.

“There’s no doubt whatsoever that Walker has raised more money than any other governor in Wisconsin history,” said WDC Executive Director Matt Rothschild.

But that’s not all.

WDC also compiled, from state and national reports, how much third-party groups had raised separately to help Walker since 2010, and put that number at an additional $45.6 million.

Both numbers mean Walker was a $145-million fund-raising industry between 2009 and 2016. That’s remarkable for the Delavan High alum and son of a Baptist minister who still likes to remind fans across the nation that he was an Eagle Scout who learned about work flipping McDonalds hamburgers.

UW-Madison Political Science Professor Barry Burden said the governor’s fund-raising numbers will keep climbing. “Scott Walker has been a remarkable fundraiser, especially during the brief recall campaign of 2012. One of his legacies will be the escalation of fundraising in Wisconsin gubernatorial campaigns,” Burden said last week.

He added, “His position as chair of the Republican Governors Association will help him expand his national fund-raising network in advance of the 2018 election and perhaps another presidential run.

“The only blemish on his record is the debt that his presidential campaign quickly encountered. That campaign got ahead of itself in several ways, including the funds needed to sustain it.” 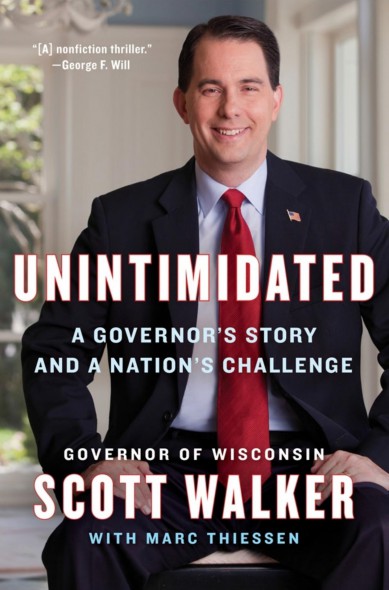 Walker is proud of his fund raising, saying this about the 2012 recall he survived in his book, Unintimidated:

In the end, we raised some $37 million (more than 70% of our donors gave us $50 or less). We made some 4.5 million voter contacts during the campaign – using traditional and electronic messaging. We had a strong ground game, a strong record, and a strong positive optimistic message.

Rothschild said Walker’s fund raising shows that he care most about pleasing the richest donors.

Walker is “in hock” to conservative billionaires, Rothschild said. “Those are the people he serves, not the citizens of Wisconsin.”

But Republican Party of Wisconsin spokesman Alec Zimmerman says Walker’s record is the reason for his fund-raising prowess.

“Gov. Walker has earned the trust of Wisconsinites and built a strong base of support because he’s fought for taxpayers and working families – not the big government special interests,” Zimmerman said in a statement.

“His reforms speak for themselves: More Wisconsinites are working than ever before, our unemployment is the lowest it’s been since 2001, and taxes have been cut $4.7 billion.”

Those sales were handled by a New Hampshire firm, Granite Lists, whose Website touts Walker’s contributors as “a huge national network of online donors which was the envy of the political fund raising world….They know exactly what’s at stake [and] want to make sure conservative values triumph.

Walker’s fund raising records also tells Democrats: Whoever you run against me next year better have money, or access to it. Lots of money.

15 thoughts on “The State of Politics: Walker Has Raised $100 Million”