By Sarah Lipo, Milwaukee Neighborhood News Service - Jan 3rd, 2019 10:07 am
Get a daily rundown of the top stories on Urban Milwaukee 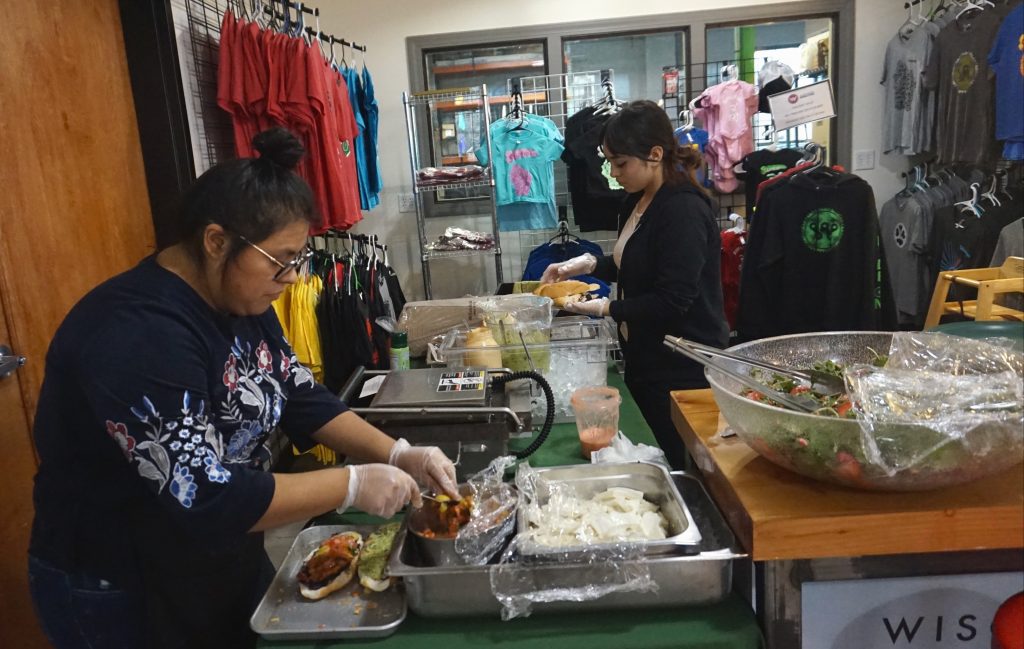 Joselyn Arreguin is spending her senior year of high school a little differently than most students. Every other Friday she chops, grates and simmers food at a pop-up lunch eatery called Sabor Verde, housed in Velobahn Coffee & Cycle, a coffee and bicycle maintenance shop at 3618 W. Pierce St.

The shop is connected to Escuela Verde, the school where Arreguin is a senior. Seniors are expected to complete a yearlong thesis project, which entails identifying something they are passionate about that can benefit the community.

Sabor Verde is open twice a month from noon to 2:30 p.m., and it specializes in vegetarian and vegan food. So far, the pop-up restaurant has featured soups, paninis and tortas for a suggested $5 donation. The money raised at each of the pop-up events pays for groceries for the next meal in two weeks. 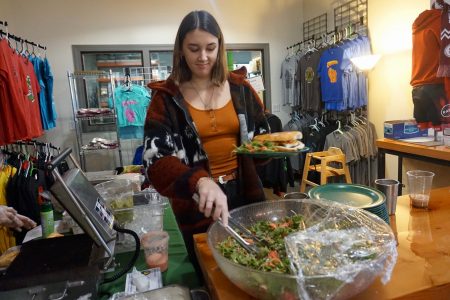 Alvarado said she has showcased her food at farmers markets and at various pop-up restaurants. “Lots of my friends really encouraged me to [open the business]. I was doing it on a small scale with parties and events. Just in general, there is not a whole lot of representation of what Mexican food actually is in Milwaukee. My family has always had an authentic Mexican diet.”

She added that Mexican food in the U.S. often involves deep frying and lots of sour cream.

The food prepared at Sabor Verde is not usually based on a recipe. “A lot of my cooking is influenced by my grandma. I don’t get much satisfaction from following a recipe,” Alvarado said.

Alvarado had worked with Arreguin at past workshops. “I’ve always worked with teens. I think it is very important to be a mentor, especially with those of color or those not necessarily well-connected,” she said.

Alvarado said she also hopes students realize it is important to be “open-minded to working with people who are different from you.”

Rick Goyette, the co-owner of Velobahn Coffee & Cycle, said he and Escuela Verde have always had good synergy because his business is connected to the school. He said he looks forward to working with Sabor Verde and Escuela Verde in the future.

He said he also appreciates the customers the pop-up restaurant brings into his cafe.

Arreguin said she hopes a new student picks up the pop-up idea after this year, but as of now she does not plan to continue the project after graduation. She said was recently accepted at a culinary school in Chicago, and her dream is to be self-employed, because she enjoys working in her own rhythm.

“I really see myself cooking in the future. I don’t see myself ever getting bored of it. It’s a good way to stay healthy,” she said.

Paris Breen, a junior at Escuela Verde, volunteers at Sabor Verde and said working there has improved her communication and culinary skills. She said she would consider continuing Sabor Verde as part of her senior project “so others can have the same opportunities I am having.”