A Christmas Song You Can Dance To

The Waitresses’ “Christmas Wrapping” is an ‘80s song that’s a ton of fun. 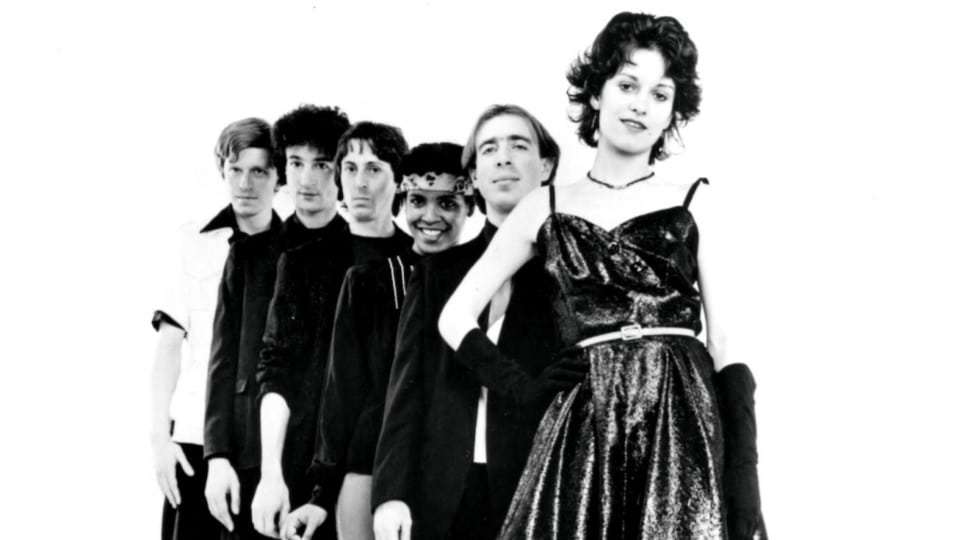 There’s enough great Christmas music to write about it year round. Part of the way I feel about it is colored by memories. I’m predisposed to like these songs and when I hear a good one I’m happy. When I hear shopping mall opportunists who have no business wrecking classics, I get grinchy all over. But no humbug this week, just a joyous slice of the best of the ‘80s, a decade that often gets overlooked.

This week it’s the wonderfully named Waitresses and the group’s clever perennial, “Christmas Wrapping.” The “official” video is actually a pastiche from a lot of others they did, but at least they’re moving. The band was of their time, but not in a bad way. Their hit, “I Know What Boys Like,” was all tease. The vocalist, Patty Donahue, gave the impression she had lived the lyrics. These two songs constitute a mission statement of sorts: “Keep ‘em dancing and keep it light.” The results are the kind weightless fun that might pair well with The Tom Tom Club  or The B52s.

It’s hard to believe both songs were written by a guy and, in a wonderful twist, these two Waitresses songs (and others I’m guessing) were written by a butler — Richard Butler to be exact. I won’t say he captures a woman’s point of view accurately, that seems presumptuous and probably not a smart statement to make in the year 2018. I will say I love this story, which takes place over the course of a year and is written in in a wise and knowing voice, one you might call witty:

“Bah, humbug” no, that’s too strong
Cause it is my favorite holiday
But all this year’s been a busy blur
Don’t think I have the energy

Last year, ski shop
Encounter, most interesting
Had his number but never the time
Most of ’81 passed along those lines

So deck those halls, trim those trees
Raise up cups of Christmas cheer
I just need to catch my breath
Christmas by myself this year

Calendar picture, frozen landscape
Chilled this room for twenty-four days
Evergreens, sparkling snow
Get this winter over with

Flashback to springtime, saw him again
Would’ve been good to go for lunch
Couldn’t agree when we were both free
We tried, we said we’d keep in touch

Didn’t, of course, ’til summertime
Out to the beach to his boat could I join him?
No, this time it was me
Sunburn in the third degree

Now the calendar’s just one page
And, of course, I am excited
Tonight’s the night, but I’ve set my mind
Not to do too much about it

Cause it’s “RSVP”
No thanks, no party lights
It’s Christmas eve, gonna relax
Turned down all of my invites

Last fall I had a night to myself
Same guy called, Halloween party
Waited all night for him to show
This time his car wouldn’t go

Forget it, it’s cold, it’s getting late
Trudge on home to celebrate
In a quiet way, unwind
Doing Christmas right this time

A&P has provided me
With the world’s smallest turkey
Already in the oven, nice and hot
Oh damn! Guess what I forgot?

So on, with the boots, back out in the snow
To the only all-night grocery
When what to my wondering eyes should appear
In the line is that guy I’ve been chasing all year

“I’m spending this one alone,” he said
“Need a break, this year’s been crazy”
I said, “Me too, but why are you?
You mean you forgot cranberries too?”

This is a long shaggy reindeer story — I’d need a teleprompter, but I bet Patty had it down pat. I laughed at the redundancy of “Just cause it’s ’tis the season.” This guy seems to have my number. Later on “A&P has provided me with the world’s smallest turkey,” got me again. Why hasn’t someone made a rom-com out of this? It would already have the super-sticky theme song and the plot is laid out nicely. It’s just waiting for Emma Stone.

The Waitresses were a dance band and a very good one. I wish they’d had more hits, but with these two they created something personal. Patty Donahue died at age forty of lung cancer, alas. You’ll note at one point in the video, she’s smoking a cigarette. Patty may not have had range, but she was entertaining in a very flirty, but not dirty, way. She didn’t have Bob Mackie or whoever his modern equivalent might be creating outlandish costumes… and she didn’t trowel on the make up. She probably confused the heck out of Santa — she was both naughty and nice.

I hope your holidays are as pleasant as can be and the New Year brings us all something to celebrate, if you know what I mean!

One thought on “Sieger on Songs: A Christmas Song You Can Dance To”