By Max Nawara, Milwaukee Neighborhood News Service - Dec 20th, 2018 10:17 am
Get a daily rundown of the top stories on Urban Milwaukee 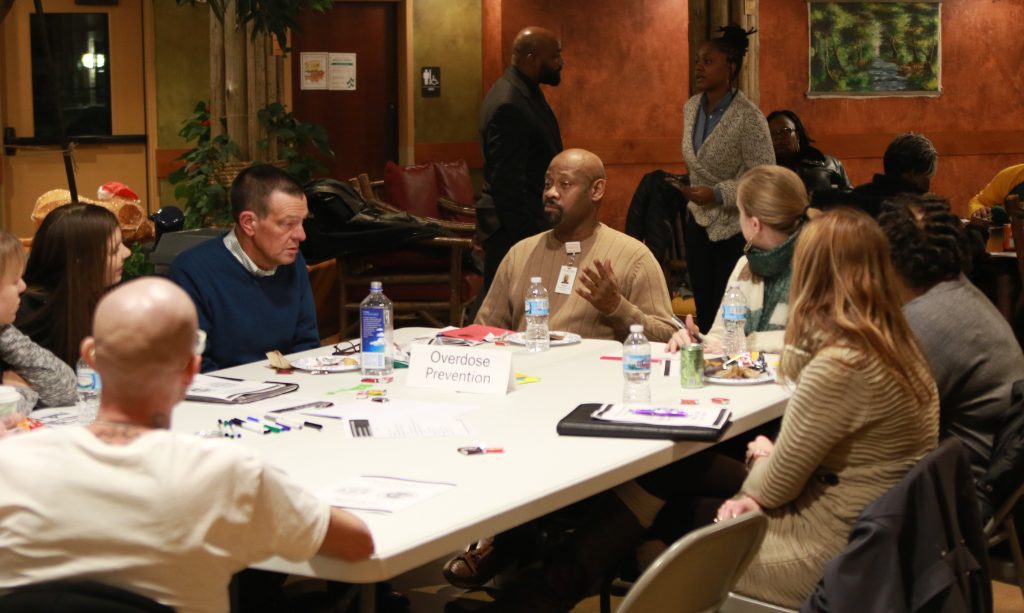 John Russell doesn’t consider himself a “former” addict. He’s doing well in recovery, but he acknowledges that he’ll be dealing with addiction for the rest of his life.

At one of the meetings he attends to manage his recovery, Russell learned about Milwaukee’s City-County Heroin, Opioid and Cocaine Task Force.

The task force, charged with investigating and making recommendations on how to reduce drug overdoses in Milwaukee and Milwaukee County through a public health lens, holds community engagement sessions for experts and affected community members — such as Russell — to offer solutions to the city’s drug epidemic.

“We need to have more support from those that have actually experienced addiction firsthand rather than just having people who think they know the issue making all the decisions on the things that are supposed to help us,” Russell said.

Russell participated in a focus group on prevention and education at the most recent community engagement session, held last month. 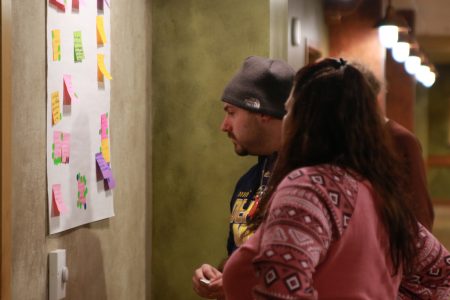 “I came up with something,” he said. “For instance, maybe a television program that says, ‘Make it cool to be clean.’ When I was growing up it was portrayed through the media that the cool guys were the ones that smoked cigarettes, drank beer and did drugs.”

Tiffinie Cobb, substance abuse and injury prevention manager at the Milwaukee Health Department, said that the goal of the task force is to reduce substance abuse-related overdoses.

In researching its plan to reduce overdoses, task force members decided they needed to get a better idea of what was going on in affected communities. “[Our research] led into our community engagement sessions,” said Cobb.

The task force’s initial plan was released in April. Recommendations included funding prevention programs to keep individuals from developing substance use disorder; establishing systematic efforts to prevent drug trafficking among youth; ensuring adequate access to timely, affordable and quality services for all people with substance use disorders; and developing programs in collaboration with the criminal justice system that treat addiction as a disease, while working to reduce the availability of illicit substances.

Cobb said that there were already a number of community-backed initiatives trying to tackle Milwaukee’s drug and overdose epidemic, which has led to 260 drug-related deaths so far this year. One example is Milwaukee County Substance Abuse Prevention Coalition, an organization that focuses on using youth and family education to communicate the harmful consequences of drug abuse.

“One of the main goals of the task force is the community engagement sessions,” Stamper said at the fourth session. “This is most important because we can discuss how this epidemic has affected our neighborhoods and our communities, especially if you’ve had personal experiences. We want to hear how you have overcome them.”

The first community engagement session was held in June. The task force has had three others since then with an average of about 48 participants per session, according to Cobb. Each session has five focus groups, covering overdose prevention, treatment, prevention and education, criminal justice and community collaboration.

Cobb said that the task force takes these brainstorming sessions into account while identifying how to combat Milwaukee’s epidemic.

She also added that the community engagement sessions have been “well-received,” and that task force members have been able to hear from people from all walks of life.

Russell said he was excited to be a part of these sessions.

“I’m glad to be a part of something that can help build the community and really put this on the forefront,” he said. “Drug addiction knows no bounds. It doesn’t discriminate. I’m just grateful for the opportunity.”