Critics decry use of prisons as dumping grounds for people with mental health problems.

By Gretchen Schuldt, Wisconsin Justice Initiative - Dec 14th, 2018 12:53 pm
Get a daily rundown of the top stories on Urban Milwaukee 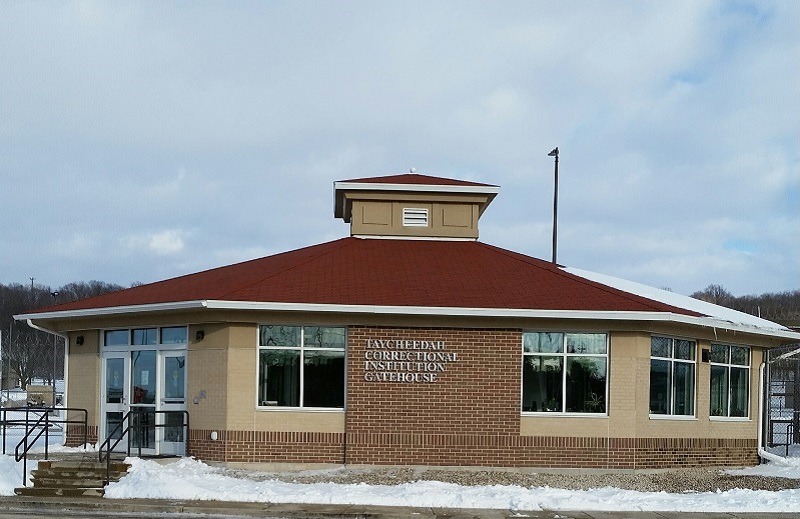 Taycheedah Correctional Institution. Photo from the Department of Corrections.

Almost 90 percent of Taycheedah Correctional Institution inmates have mental mental health needs, and more than 300 — 35 percent of the population — have serious mental health illnesses, according to state budget documents.

Among prisons housing men, the Green Bay Correctional Institution has the highest rate – 55 percent – of inmates with mental health needs.

Critics decry the use of prisons as dumping grounds for people with mental health problems. The population of mentally ill inmates grew as communities closed down inpatient mental health facilities.

he U.S. Bureau of Justice Statistics reported last year that “14 percent of state and federal prisoners and 26 percent of jail inmates reported experiences that met the threshold for serious psychological distress (SPD).”

In contrast, just five percent of the general population met that threshold, according to the report, Indicators of Mental Health Problems Reported by Prisoners and Jail Inmates, 2011-12.

The incidence of mental illness is higher among female inmates than male inmates nationwide, the bureau said.

The prison has a 66-bed special unit for women with significant mental health needs and has psychiatric and psychology services.

The table below shows the levels of mental health needs and the numbers of inmates in each category for each state correctional facility. The table is based on a May 31 snapshot of innate populations.

The definition for each category is below the table. The definitions are taken largely from the DOC budget request. 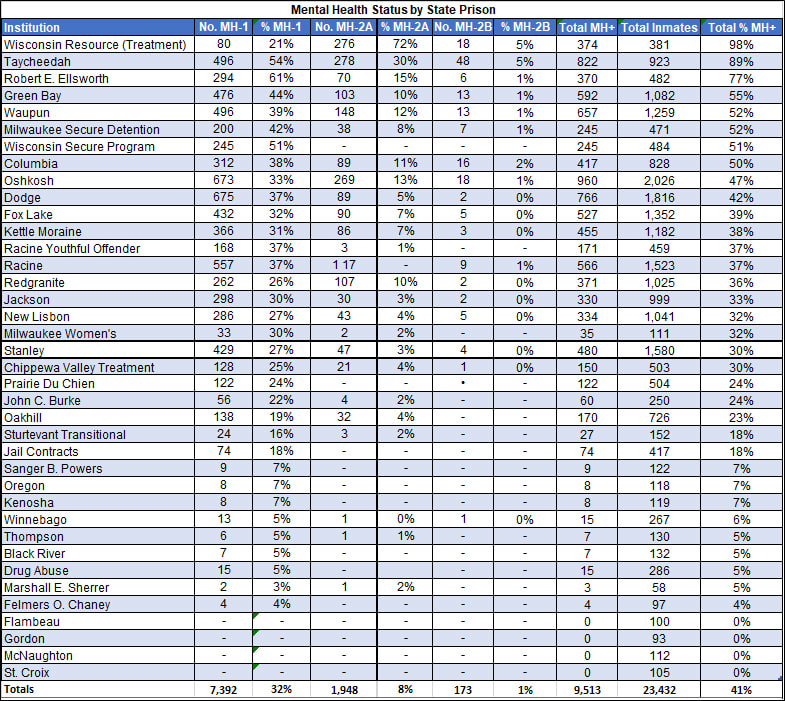 MH-1 – The inmate is receiving mental health services but does not suffer from a serious mental illness. This code is not appropriate for inmates who are receiving only program services, such as substance abuse or sex offender treatment, and have no other mental health needs.

A. Inmates with a current diagnosis of, or are in remission from, the following conditions:

B. Inmates with current or recent symptoms of the following conditions:

C. Inmates with head injury or other neurologic impairments that result in behavioral or emotional dyscontrol.

D. Inmates with chronic and persistent mood or anxiety disorders or other conditions that lead to significant functional disability.

MH-2B  –  Inmates with a primary personality disorder that is severe, accompanied by significant functional impairment, and subject to periodic decompensation; i.e., psychosis, depression, or suicidality. Those who qualify for both MH-2A and MH-2B are coded MH-2A.