The Rise of Breadsmith

How the yeasty little business on Downer grew to include 34 stores in 16 states. 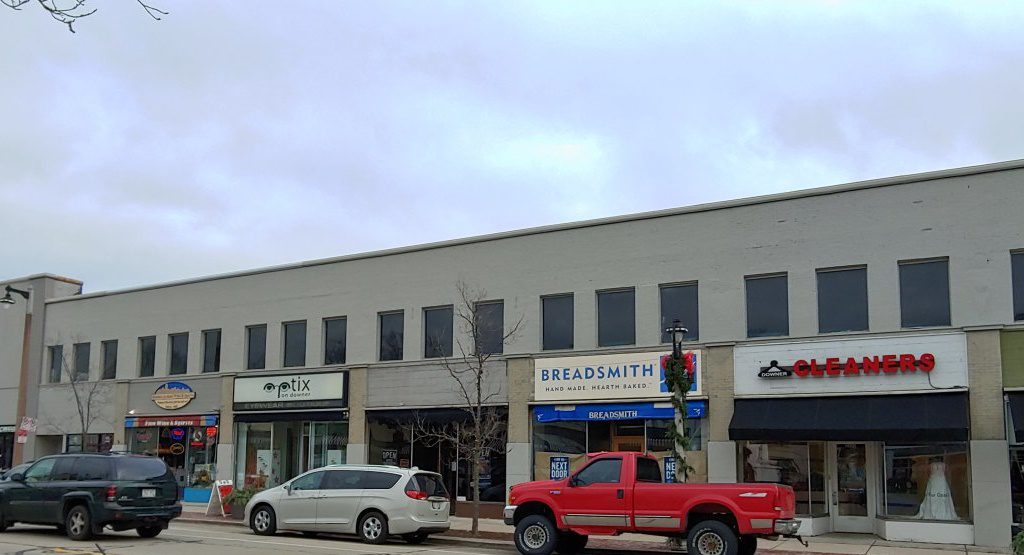 With its bright blue-and-white awning and sign, Breadsmith (2632 N. Downer Ave.) is easy to spot while venturing along Downer Ave. The bakery, known for its European-style, artisanal bread and other baked goods, has been a staple in the neighborhood for 25 years.

The company was founded by Dan Sterling, who opened the original Downer location in 1993. Sterling’s products quickly gained popularity, making the company successful enough to start franchising in 1994. Now, Breadsmith has 34 locations in 16 states, including eight in Wisconsin.

The Downer location’s current owner, Don Kaminski, has witnessed this growth firsthand. Kaminski started working at the bakery as a manager in 1998, and bought the business from Sterling in 2000. He later purchased a second location in Wauwatosa (1417 N. Wauwatosa Ave.) in 2013, and now operates both. Kaminski says that the size of the Downer location compared to the volume of business they were doing made it necessary for him to buy another space in Tosa. “We originally were just a retail operation, but wholesale grew over time and became such a big deal,” says Kaminski. “We serviced 50 to 60 restaurants and 15 grocery stores, so it became more than just making bread for retail bakery.”

While growing businesses is good, Breadsmith believes provided high quality products and services is better. According to Kaminski, Breadsmith uses only “the best” ingredients, with no additives or preservatives. The breads themselves are shaped by hand and baked on a hearth-stone oven. Jason Van Acker, marketing manager for Breadsmith, says these “old-world techniques” are crucial in the Breadsmith’s continued success in modern times. “We are intentionally very focused on setting high standards and improving on those,” he say. “We are not interested in moving into a business model that gets away from that. There’s something special and unique in the things we do and how we make products, and we know guests appreciate it.”

And yes, Breadsmith refers to its customers as guests, so feel free to linger and take it all the good smells and sights of a bakery.

Even though it is technically a franchise, Breadsmith’s business model allows locations to submerge into their individual communities, giving them a true local-bakery feel. According to Van Acker, franchisees are “plucked” from the neighborhoods the bakeries reside in. The company features 300 different recipes, which are customizable to each bakery. Owners are allowed to choose how to tweak this recipes and which ones to sell based on their own customers’ desires and trends. Sterling is still involved as chairman of the company, while the Breadsmith’s president, Tim Malouf, “joined early on” at the original Downer location.

The Downer location, along with all Breadsmith locations, strives to be “more than just a retail bakery” by being an active member of the community. Each bakery donates its day-old bread to nonprofit organizations. Additionally, the bakeries host special events and community fundraisers. Among the organizations the Downer location works with are Hunger Task Force, Riverwest Food Pantry, St. Ben’s and a number of local schools. “It’s good to give back,” Kaminski says. “We have an opportunity to really help out people who can use this product.”

Adds Van Acker: “We have a longstanding relationship with nonprofits, especially in Milwaukee,” he says. “[Giving back] is important to our guests and its important to us. It’s a responsibility as business owners and it’s fundamental to who we are.”

Looking to the future, Van Acker says that Breadsmith is “open to expansion” but not necessarily looking to open more locations at this time. “We’re not trying to be the biggest,” he says. “Our focus is on identifying the right types of communities and the right types of franchise partners first.”

Instead, the company will continue product development and meeting the needs of already-operating bakeries. “It’s important to make sure franchise owners have the support and backing to be able to be as successful as they can,” he says. “It’s really about delivering on that promise not only to our guests but our owners as well.”

The Downer location is currently undergoing renovations. According to Kaminski, the space has been completely gutted, with the oven being the only thing left in place. When finished, the front of the space will have a whole new design that will be “the same setup” as the Whitefish Bay location (420 E. Silver Spring Drive), which features a dark wood floor paired with white wall tiling. While construction on the interior will be finished within a couple weeks, the storefront will be redone as well. In the meantime, the building’s landlord is letting Breadsmith use the adjacent empty space (located between Optix and the original Breadsmith). Kaminski expects the redesigned location will be up and running again by early January 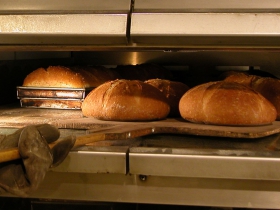 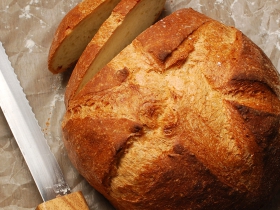 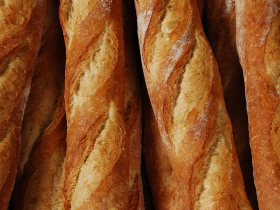 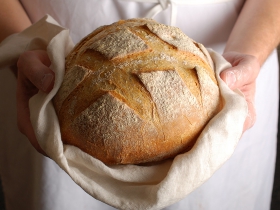 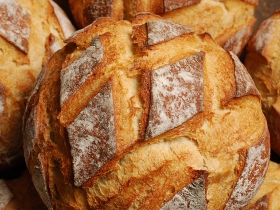 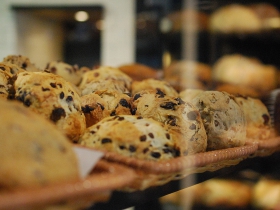