By Danielle Kaeding, Wisconsin Public Radio - Dec 7th, 2018 03:35 pm
Get a daily rundown of the top stories on Urban Milwaukee 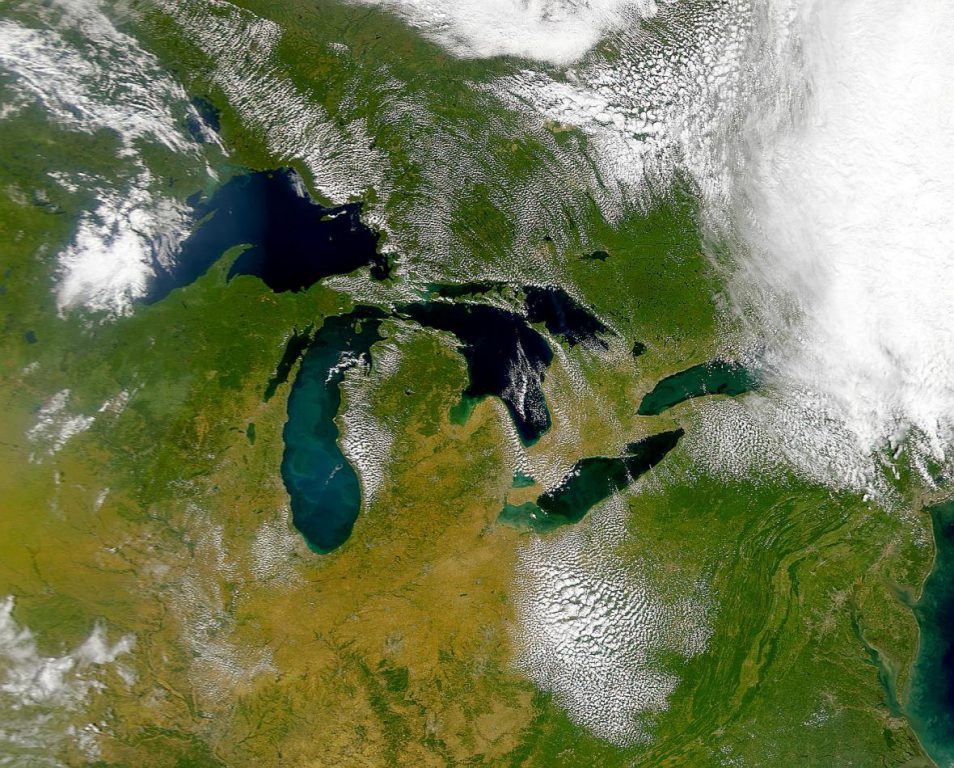 A council that manages and protects the Great Lakes and St. Lawrence River basin is changing the rules for communities that want to withdraw and use water outside the watershed.

But Great Lakes mayors and environmental groups say the changes don’t go far enough to strengthen a multi-state agreement governing use of the lakes’ water supply.

Eight Great Lakes governors passed the Great Lakes Compact in 2008 to protect the lakes from the threat of water diversions outside the basin. The council overseeing the compact, which is made up of the states’ governors or designees, approved changes Thursday on how proposed withdrawals are reviewed and council decisions are appealed.

“One of the biggest issues that we were looking for was a mandatory public hearing in each state. If you really want people to shed the light on what’s going on, then you simply hold a public hearing in each state and each province,” Dickert said. “But, they decided not to do that and instead just said (they will hold hearings) if it’s of interest. Well, I think Great Lakes water is of interest to everyone.”

Environmental groups like the National Wildlife Federation and Alliance for the Great Lakes provided comments on the rules and procedures set to be adopted. They thanked council members for their work to develop guidance for withdrawals while noting procedures could have strengthened opportunities for public comment and removed financial barriers to filing appeals of council decisions.

“While a filing fee is a much reduced and improvement from the possibility of bearing … the full council administrative cost of an appeals process as previously included, it is still an unprecedented element based on our research and an undue burden upon those parties who are aggrieved,” said Todd Brennan, senior policy manager for the Alliance for the Great Lakes. “The whole application and preliminary appeals process has proper checks and balances in place to limit an appeals request already.”

First Nations and tribes have also said they would like a greater role in the council’s consideration of water diversions, said Cameron Welch, policy analyst for Canada’s Anishinabek Nation.

“We must recognize that First Nations and tribes are not simply stakeholders but also have jurisdiction over the lakes,” he said. “Certainly, the Anishinabek position is that we never ceded our rights to lake beds and waters through treaty. Therefore, we have jurisdiction that remains with us.”

“I think you’ve heard resounding comments today to the effect that there is a commitment — another commitment — to continue dialogue with stakeholders because I think we have collectively learned from this process we produce a better product,” Trigger said. “Even if it’s still bad, it’s better than terrible and that we can continue to improve on what we have in front of us going forward and there’s a commitment to do that.”

Dickert said the Great Lakes mayors plan to meet with incoming governors in each state about their thoughts on ways the compact can be strengthened to make it more difficult to divert water from the basin.

During the meeting, the Great Lakes Commission reported findings about how Great Lakes water was used in the basin last year. Water withdrawals decreased overall across the basin in 2017.

The Lake Michigan watershed had the largest amount of water that was used and not returned to the basin at 811 million gallons per day.