Evers Will Fight Plan to Limit His Power

By Corri Hess, Wisconsin Public Radio - Dec 3rd, 2018 11:14 am
Get a daily rundown of the top stories on Urban Milwaukee 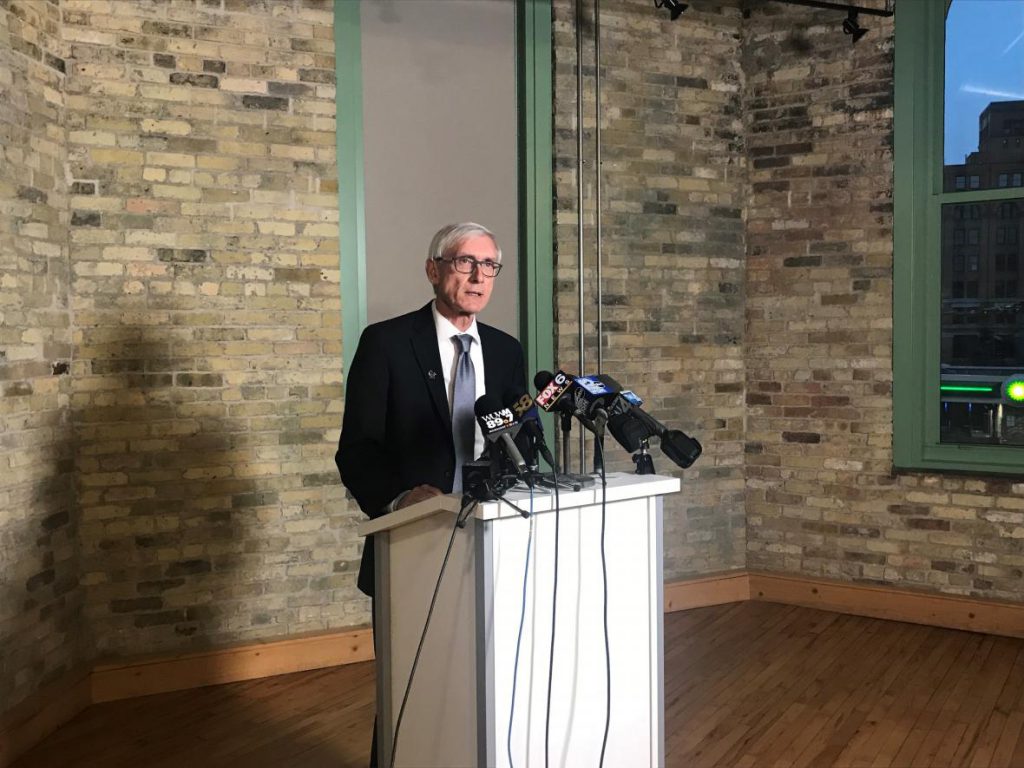 Wisconsin Gov.-elect Tony Evers said he is prepared to fight Republican-backed proposals to limit his power, even if it means litigation.

Republican lawmakers will hold a so-called “extraordinary session” beginning Monday on a sweeping plan to pass a number of new laws before the Democratic governor takes office in January.

“This legislation will work to nullify a lot of what this last election was about,” Evers said Sunday. “This is taking us to a place where we are back to politics as usual. Back to a position where people in Wisconsin may feel their voices were not heard on Nov. 6 and put us in a place where the legislative branch will be fighting with the executive branch for no apparent reason.”

Following the defeat of Gov. Scott Walker, Republican lawmakers put forward several proposals including one that would shorten the time frame of Wisconsin’s early voting. Doing so could suppress certain voting populations including students and people of color, opponents have said.

Evers said he is willing to work with Republicans in the future, but the bill challenges the checks and balances of democracy.

“This is an effort on the part of the Republican majority to take us back to the day before Nov. 6 and hopefully change the result,” Evers said. “Tony Evers is going to be governor in a few short weeks. The whole of this package is disturbing. It invalidates what the people of Wisconsin expected.”

Republicans will begin the extraordinary session with a public hearing at 10 a.m. on Monday. Evers doesn’t plan to testify, but has been making his way across the state, encouraging Democrats to testify or call their state representatives to oppose the changes.

As for his plan to fight the GOP-backed bills, Evers said Plan A is to kill the bills with civility and Plan B is to fight. Even if that means litigation, he added.

Evers called the extraordinary session an embarrassment to the state, which has been known for years as having a divisive political climate.

“That impacts everyone,” Evers said. “Businesses take a look at this and say, ‘What in the world is going on in Wisconsin.'”

Walker will have to sign off on any legislation limiting Evers’ power. Evers said he hopes Walker will think about how he would be able to govern under these circumstances.

“Gov. Walker fought a hard campaign,” Evers said. “His legacy will be tied to this.”

Gov.-Elect Tony Evers Says He Will Fight GOP Plan To Limit His Power was originally published by Wisconsin Public Radio.