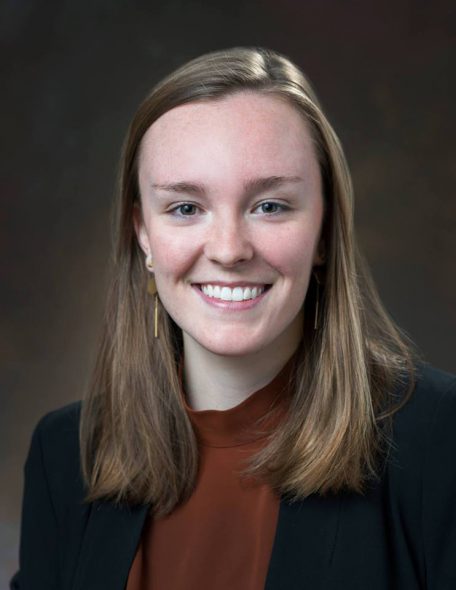 Greta Neubauer. Photo from the State of Wisconsin.

“We’ve see a historic number of women running across the entire United States,” Hesselbein said. “It’s important to note, in our caucus – Assembly Democrats – of the 36…18 of them are women. I’m so glad to be able to think about that number. Finally, to be at parity, is very amazing.”

Women candidates nationally made history on Nov. 6. The U.S. House will set a record with more than 100 women, including its first Muslim, when Democrats take over in January. They will include the first two women U.S. House members from Iowa.

But, against that backdrop comes this question: Why did 28 women running for the Legislature lose? That number does not include women who were unopposed on Nov. 6.

Even more interesting: Of those 28 women who lost, 27 were Democrats.

Some had impressive resumes: a nurse practitioner, a Grand Canyon expedition guide and marathoner, a Girl Scouts executive, public school teachers, local elected officials, etc. Many were also graduates of Emerge, the party boot camp that recruits and trains women to run for office.

Another way to look at the numbers: There were 43 women candidates in contested elections on Nov. 6, and only 15 of them won – 8 Republican incumbents, including Rep. Kathy Bernier, who moved from the Assembly to the Senate, and three Democrats.

Four other women – one Republican and three Democrats – won Assembly seats where there was no incumbent.

In January, nine of the 63 Assembly Republicans will be women. Eight of the 33 senators – six Democrats and two Republicans – will be female.

Democratic Rep. Greta Neubauer, of Racine, did not have an opponent on Nov. 6. She spent much of her time trying to elect some of the 27 Democratic women who lost – candidates she called “amazing.”

“We should absolutely be celebrating the diverse slate of women who decided to run for the Legislature,” Neubauer said last week.

Still, why did those 27 women Democrats lose?

“Republican gerrymandering worked exactly as it was designed,” Neubauer said. “Statewide, Democrats swept every race. Assembly Democrats overall received over 200,000 more votes than the Assembly Republicans — 54 percent of total votes cast — but we hold just over one-third of the Assembly seats.

“Republicans and Democrats may be clustered differently across our state, but these lines were drawn to exacerbate this divide – ‘packing’ and ‘cracking’ to reduce the choices Wisconsin voters have in their legislative representation.”

Democratic Rep. Melissa Sargent, of Madison, is a director of Emerge. Because she was not opposed on Nov. 6, she also helped women candidates.

“These 27 Democratic candidates were not relying on a ‘blue wave’ or the #metoo movement, but rather were impassioned by the energy of voters across the state who were seeking change,” Sargent said, adding:

“Many of these women ran in districts that have been previously uncontested, and gave voters a choice between candidates for the first time in years.

“The courage of these candidates to run gave voters a choice, and a chance to see that women – while also managing successful careers and their family lives – are standing up and making their voices heard.”

Sargent also said it was “significant progress” that 47 percent of all Assembly Democratic candidates were women.

“Typically women comprise 25 percent of candidates for public office,” Forrest said. “Any increase in that number is progress. Gender parity and broader representation in elected office were never going to be achieved in one election cycle – no matter the underlying circumstances.”

And, Forrest said, that “drive” to run “doesn’t go away with electoral losses.”

Women will hold five of the top 19 legislative leadership posts in the next session. Three will be Senate Democrats: Minority Leader Jennifer Shilling, of LaCrosse; Assistant Minority Leader Janet Bewley, of Mason, and Caucus Vice-Chair Janis Ringhand, of Evansville.

When she was elected the new assistant majority leader, Republican Rep. Mary Felzkowski noted that she was a “college-educated, middle-class” woman.

That’s a demographic that is increasingly turning against Republicans.