Fratney and Bremen streets reflected tension between Germans and Irish and Poles. 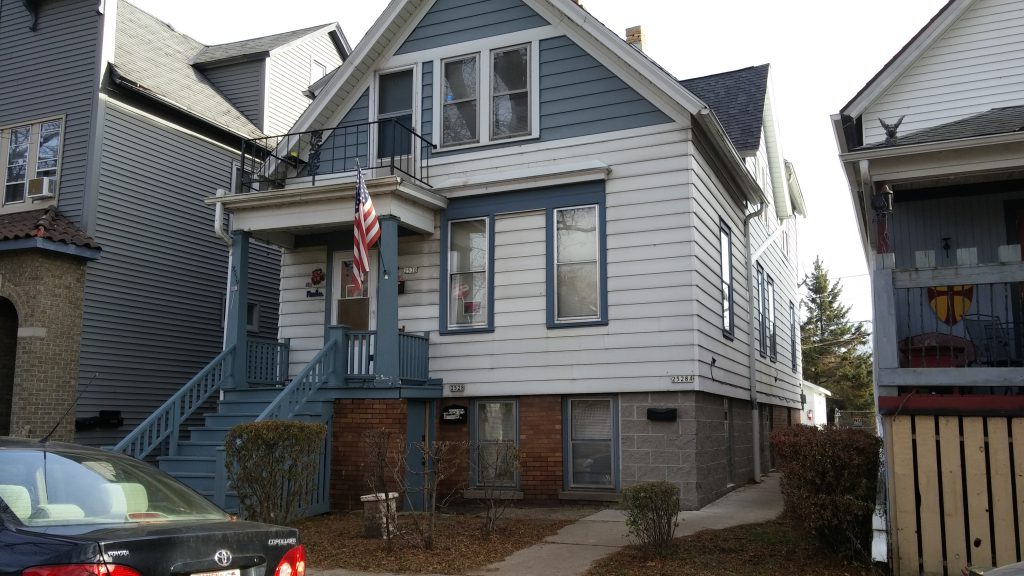 Many thousands of Milwaukeeans have both German and Irish, or German and Polish DNA, all of it apparently co-existing peacefully in the same body. But there has not always been harmony among these ethnicities in the city, and the names of two streets in the Riverwest neighborhood remind us of some of the tensions of the past.

North Fratney and N. Bremen streets are one block apart in this mostly residential neighborhood. They were named in 1857 when Julius Franke, a German immigrant, developed a subdivision near E. Center Street. Fratney Street was named for the editor of a Milwaukee German language newspaper, and Bremen Street for a port city in Germany which was the embarkation point for many Germans emigrating from that country.

Frederick Fratney was born in 1815 in Czernowitz, Poland, which was then part of the Austrian Empire. He came to the United States as a teenager, but little is known of his time in this country before he arrived in Milwaukee in 1847.

That is when Fratney became the editor of the Volksfreund (Friend of the People), which supported the principles of the German Freethinkers. They advocated for freedom of speech, trial by jury, and other human rights as well as a representative form of government in a united Germany. The paper was aimed at the working classes and opposed blue laws and any attempt to restrict the right to alcohol consumption. These ideas certainly would have appealed to the Irish who had suffered under the oppression of the English for centuries and had a reputation for liking their drink.

But the Catholic Church had supported the European governments which repressed their citizens, and this resulted in the Freethinkers becoming avidly anti-Catholic. They were particularly anti-Irish Catholic, to the extent that the Freethinkers felt the Irish were their “natural enemies” because they supported the Church. Fratney was one who especially detested the Catholic Irish, a strange stance, considering that he was married to Bridget Moran, an Irish-Catholic immigrant, in a very rare German-Irish matchup at the time. Additionally, his children were baptized Catholic at St. John’s Cathedral. Fratney continued to edit the newspaper until his death in 1855. German-Irish relations improved over the next century and a half, resulting in many current Milwaukeeans having genes from both nationalities.

North Bremen Street presented a different conflict. It was named for a German city in what had become a Polish neighborhood. Relations between the Germans and Polish in Milwaukee were often tense. The hostilities stemmed from problems in Europe where Poland had been routinely subjugated by German states over the centuries.

When Germany invaded Poland during World War II, Milwaukee’s Polish were infuriated. They turned their rage on the name of Bremen Street. They demanded that the street be renamed, and they suggested honoring former president Woodrow Wilson by calling it Wilson Street. They felt they had a good chance of success because they remembered the Polish community’s achievement in changing a German street name a half century earlier.

In the 1880s, the name of Bismarck Street was a thorn in the side of the Polish on the South Side. Many Poles had left their country due to the actions of Otto von Bismarck, Chancellor of Germany. He invaded Poland and stole land from the Polish and gave the plots of land to German citizens. He suppressed the Polish language and tried to weaken the power of the Catholic Church there. When Polish immigrants came to Milwaukee, the last thing they wanted was to live on a street honoring Bismarck. So, they demanded that it be changed to Kosciusko, in memory of the Pole who gained fame during the American Revolution. The German aldermen would have nothing to do with that idea, so a compromise was reached, and the street got a new name — American Avenue — although it was later changed to S. 15th Place.

The Poles’ campaign to change the name of Bremen Street in 1941 was a failure. There already was a Wilson Street in the city and after the difficulties encountered in changing street names during the city’s mammoth street renaming program which was completed a decade earlier, there was no desire to open that can of worms again. Consequently, N. Bremen Street is still with us today.

The many Polish flats on these two streets as well as two Polish churches, St. Mary Czestochowa on N. Fratney Street and St. Casimir on N. Bremen Street, only five blocks apart, indicate the concentration of Poles who lived there. The north end of the streets, south of Capitol Drive in Riverworks Center, are mostly occupied by industrial and commercial buildings.

Along Fratney and Bremen Streets 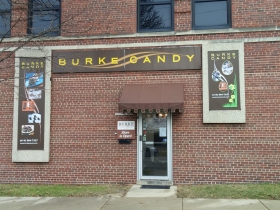 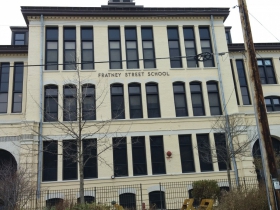 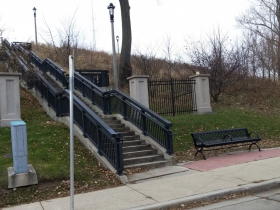 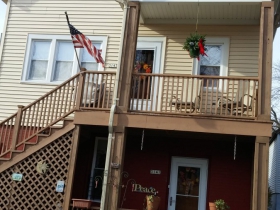 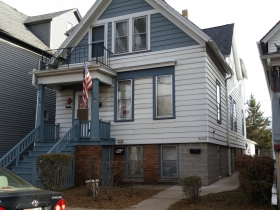 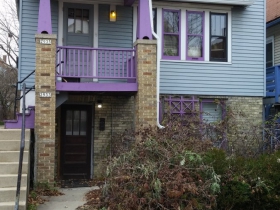