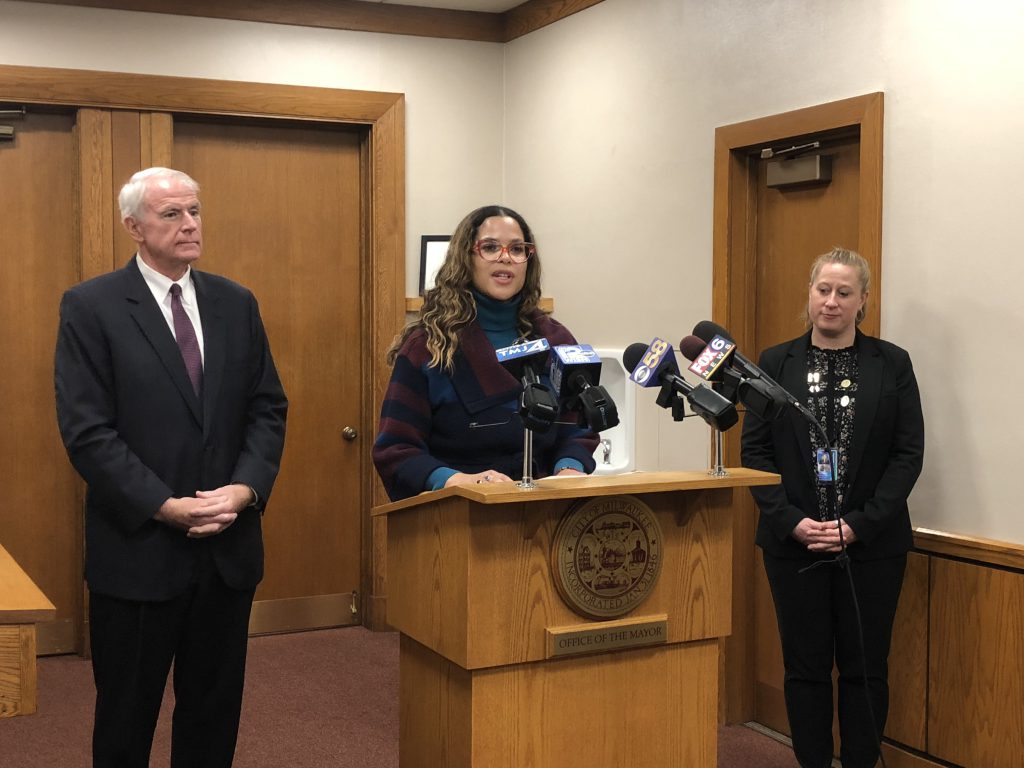 It’s rare to call a press conference to announce things are working simply as they should, but Mayor Tom Barrett did just that Friday morning.

Barrett, joined by Health Commissioner Jeanette Kowalik, announced that the Milwaukee Health Department is back on track. “They have worked hard. In particular, the front line workers in our health department have worked very, very, very hard to restore the trust that is necessary.”

Through October 30th, 22,744 Milwaukee children have been tested for lead exposure. The city has followed up with the families of the 941 children that have tested positive for blood lead levels in excess of five micrograms per deciliter, said Barrett.

The city has also contacted the 112 property owners and families that previously didn’t receive proper notice under former commissioner Bevan K. Baker. Thirty of those homes have been successfully lead abated.

Unfortunately, a lack of response from 71 percent of the previously uncontacted homes, has stymied the city’s efforts. When asked if the city would continue to follow up with the homes beyond an initial site visit and letter, department policy director Sarah Zarate said the city is working with the state to determine a way to decide when and how to close cases. “We’re not going to stop after a few attempts. We’re going to make every attempt possible to gain entry to those homes,” said Zarate.

The city also anticipates resolving the restrictions placed on the health department by the U.S. Department of Housing and Urban Development. “We are confident now in the next few weeks that will be resolved,” said Barrett.

Kowalik, who has held the job for 10 weeks, said significant progress has been made. The commissioner thanked the state, mayor’s office, city budget office, Department of Neighborhood Services and the city’s Community Development Block Grant office for working with her department to get things back on track. “You have a weak link in a group project, and that was us,” said Kowalik. In addition, Kowalik praised Jennifer Freiheit, who started as the department’s health operations administrator on October 1st.

What Took So Long?

When asked by Urban Milwaukee why more progress wasn’t made under interim commissioner Patricia McManus, Barrett passed on the question. “I don’t want to spend any time on shoulda, woulda, coulda. I am here to say we are moving forward,” said the mayor. Multiple sources inside City Hall have described a difficult working relationship between the two.

McManus had previously blamed HUD restrictions and a lack of staffing for the city’s issues in abating homes. The city’s 2019 budget allocates funding for numerous additional positions to the department.

McManus, moments before Kowalik’s confirmation hearing in early September, blasted Barrett. In response to a question from Alderman Robert Donovan, McManus said that Barrett had told her “I don’t want anything to change, I don’t want you to do anything.” Barrett’s office denied this, responding that her claim is “either a misunderstanding or an intentional misrepresentation of what the mayor said.”

While Barrett and McManus are unlikely to exchange Christmas cards, the mayor also confirmed he hasn’t spoken to Baker for months. A September release of text messages between Baker and a high-ranking subordinate showed an intent to cover up failures within the department and also led to the revelation by council president Ashanti Hamilton that a criminal investigation is ongoing. Barrett declined to comment on the investigation.