Funding rose 67% for state roads but only 1% for local roads.

By Mary Kate McCoy, Wisconsin Public Radio - Nov 14th, 2018 11:05 am
Get a daily rundown of the top stories on Urban Milwaukee 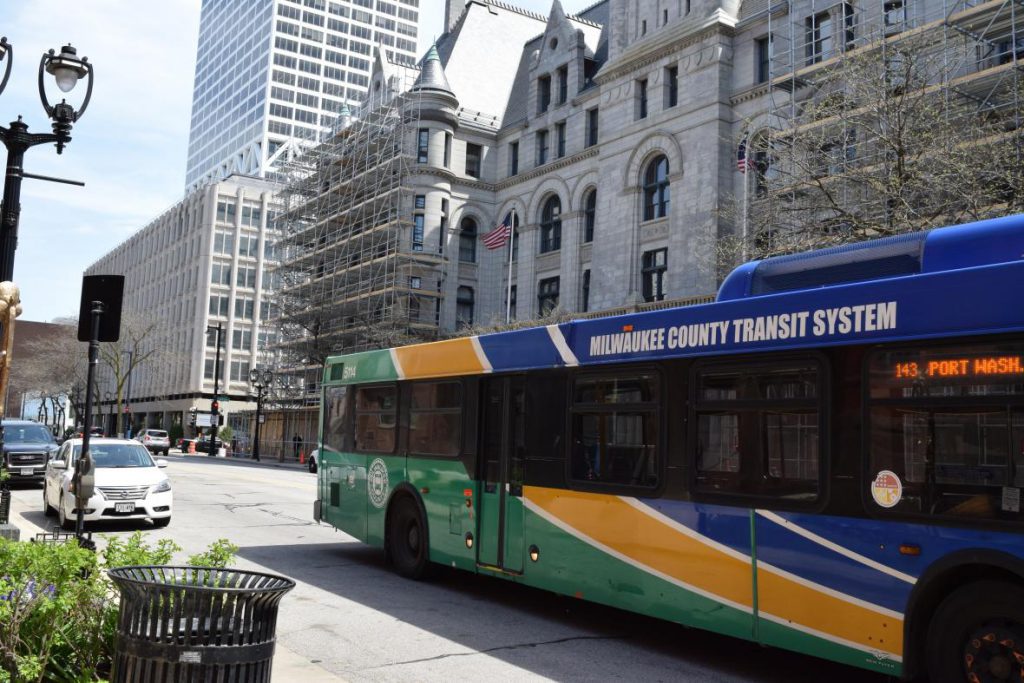 If you rely on public transportation, where you live in Wisconsin has a lot to do with how easy it is to get around, according to a new study.

As demand for reliable transportation grows, regions in both rural and urban parts of the state are struggling to fill the need, said Cassie Steiner, outreach associate for the Sierra Club, one of several Wisconsin nonprofit groups that commissioned the study out last month.

“A lot of our transit systems are trying, and know where the gaps in their service are, however there has been a stalemate in funding and a decrease in funding around 2010 that has not been made up,” she said.

In 2015, $1.7 billion out of the $3.1 billion transportation infrastructure spending was on state highways, the report says. At $144.5 million, state funding for public transit made up less than 5 percent of that total budget.

In the last two decades, funding priorities have fallen heavily on the side of highway construction and maintenance, Steiner said. Between 2000 and 2015, funding for new highway construction went up by 67 percent, while during the same period, local transportation funding increased by only 1 percent, according to the report.

“(We’re looking at) how we could re-prioritize even a little bit from expanding highways to public transportation and local roads and that would make a huge difference,” she said. 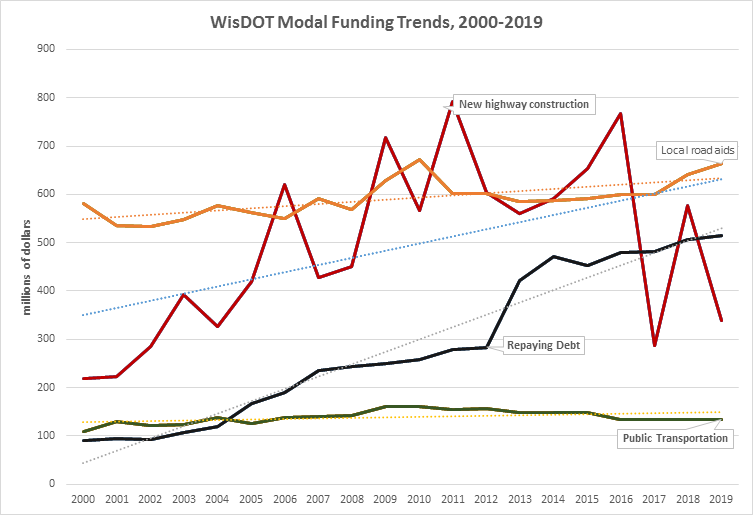 In rural areas, much of that increase in need is due to an aging population.

“Wisconsin is aging rapidly, and we’re seeing this happen especially in rural counties,” she said. “People are outliving their ability to drive … that can lead to people being stranded in their homes or having to leave their homes sooner than they would like to to move into facilities.”

The Namekagon Transit, which is based in Hayward and serves about 3,500 people, does door-to-door pickups within their service territory and travels about 70 miles to a neighboring town once a week, she said.

But for most of the rural systems you have to schedule your ride a couple of days in advance, she said.

Yet in the more urban area of downtown Milwaukee, a $128 million streetcar project using both federal and local funds recently opened with hopes to better connect residents and visitors to the area’s jobs and recreation.

“Wisconsin and across the nation where jobs are growing is in the suburbs,” Steiner said. “Population is growing in urban areas and the transit systems just can’t quite keep up with where the development is happening.” 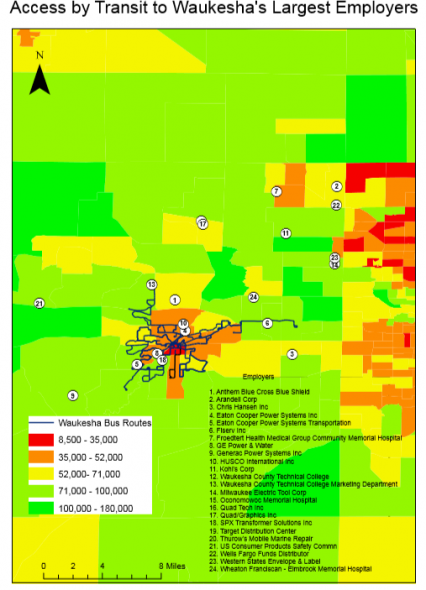 One of the biggest barriers is the inability for transit systems to cross county lines, which is a big deal for Milwaukee County, whose transit system serves the most riders in the state by far, Steiner said.

“A lot of job growth is happening in nearby counties, Racine County and Waukesha County most notably, and so workers, especially low-wage workers who can’t afford vehicles, have very limited options to getting to their jobs,” she said.

“Most of the transit systems are trying to identify ways to get workers to jobs or people to the parts of the city they need to go,” she said. “But again funding is a huge hurdle for a lot of these these transit systems.”