Plan would create all-ages venue in old movie theater on 26th and State. 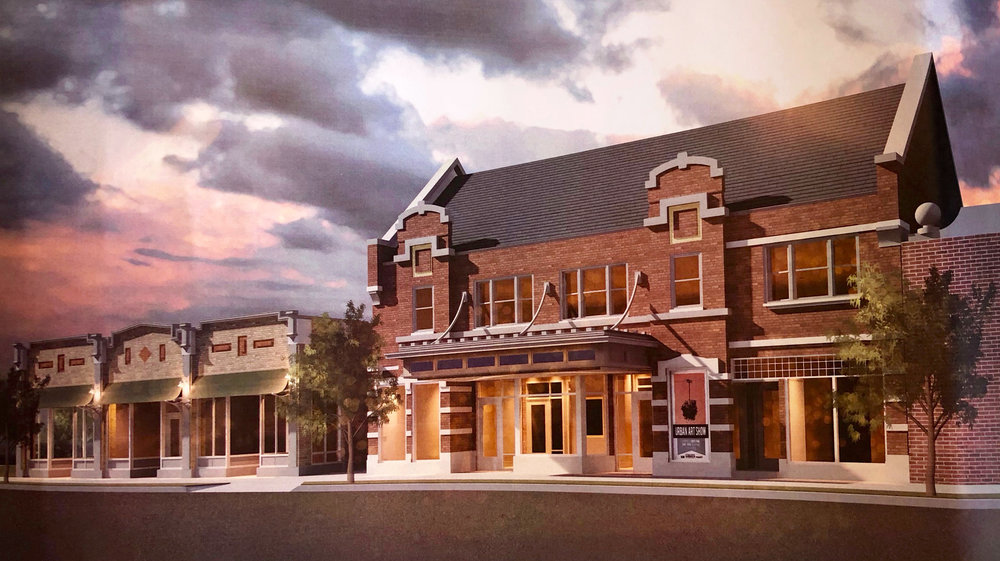 The city is advancing a plan by a group of near West Side stakeholders and music organizations known as New State MKE to redevelop the fire-damaged State Theater into an all-ages music venue.

The $3.5 million project would also include the creation of a professional sound engineering studio for Mammyth Audio and classroom space for music education.

The 1,000-seat theater, located at 2600 W. State St., would be redeveloped and two adjoining parcels would be used as a parking lot and pocket park. All told, the three parcels form a 26,000-square-foot development site.

The group, led by Janice Vogt and developer John Hennessy, plans to purchase the 10,700-square-foot theater building and vacant parcels from the city. They appeared before the City Plan Commission Monday to secure a recommendation to rezone the parcels to a uniform standard.

“This project all came together in 2017. A group of neighborhood residents decided the State Theater was too important to let go,” said Vogt. She leads the non-profit group, Freespace, which would lease space in the new building for seminars, workshops and classes focused on youth musicians. The group currently rents space in The Jazz Gallery in Riverwest.

The historic theater was badly damaged in a 2017 fire. Built in 1915, it’s been used as a movie theater, dance hall, music club (The Electric Ballroom and later The Palms) and strip club (Hoops). For more than a decade it’s been vacant. Back when it was a music club, a number of major acts performed there before hitting it big, including U2, AC/DC, Elvis Costello and The Police.

“I think this is the last gasp of putting this building back on the map. I, like many others, thought it was probably going to come down,” said development group member Andrew Parker.

And while construction isn’t underway on the State Theater yet, the development team hopes to open the revamped theater by the same time the symphony completes its project. “The timeline for this project is looking very good. We’re hoping to open our doors in 2020,” said Vogt.

The project has at least one major musician attached to it: Sam Ahmed, better known by his stage name WebsterX. “This project is very special,” he said. “And with all of the development going on Downtown right now, we need something to lift the spirts of the you.” He noted there were no significant all-ages performance venues when he was starting out.

The rapper has at least one fan on the plan commission. “Before you go, I just want to mention that both of my sons are big fans of yours, and I am as well,” said commissioner Stephanie Bloomingdale.

The rezoning drew the support of area Alderman Robert Bauman.

The City Plan Commission unanimously recommended the parcels be rezoned. Both the rezoning and an associated land sale will go before the Common Council’s Zoning, Neighborhoods & Development Committee at a future meeting.