By Brady Carlson, Wisconsin Public Radio - Nov 6th, 2018 11:09 am
Get a daily rundown of the top stories on Urban Milwaukee 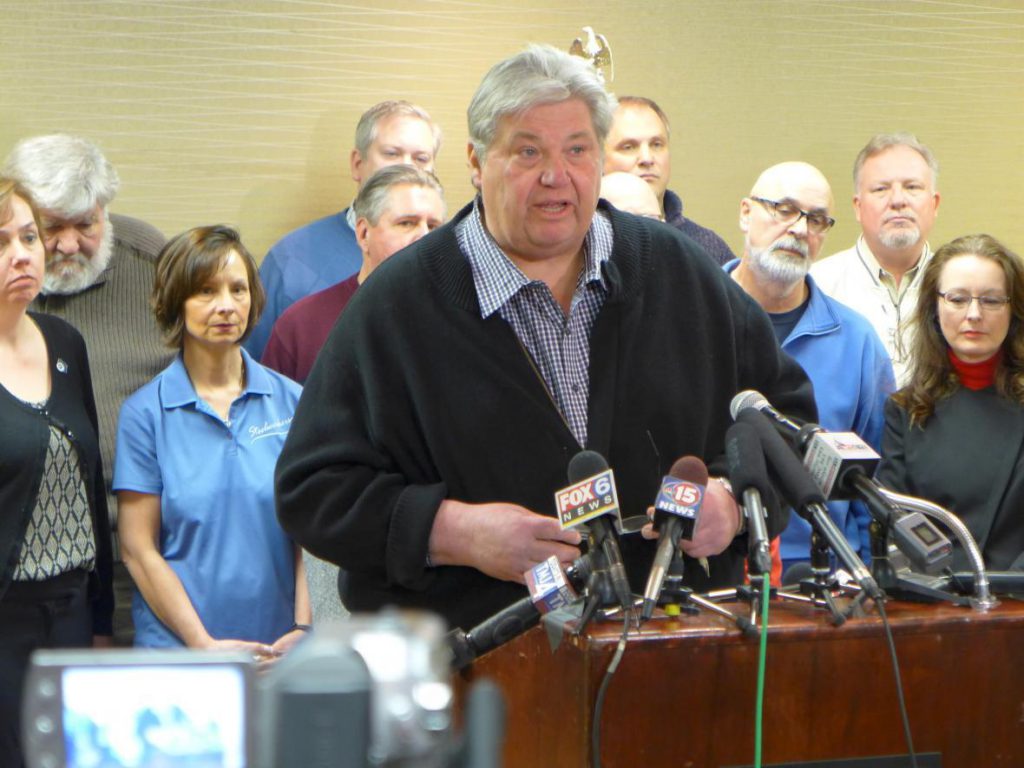 Phil Neuenfeldt, the longtime former head of the Wisconsin AFL-CIO, died Sunday at his home, according to a statement from the labor group.

Neuenfeldt retired in September after 32 years with the AFL-CIO, including the last eight years as president.

In that time the number of union members in the state dropped by roughly a third. Lawmakers passed Act 10, which sharply limited collective bargaining rights for public workers, as well as the law known as “right to work.”

Despite the drop in union members, Neuenfeldt told WPR’s “The Morning Show” in September that he was optimistic about the future of unions.

“We’re seeing more and more people come to the realization that as unions have come under attack that it’s not just affected union members’ paychecks, but it’s affected their paychecks,”  Neuenfeldt told “The Morning Show.”

Wisconsin AFL-CIO President Stephanie Bloomingdale said in a statement that Neuenfeldt “embodied the vision and values of organized labor.”

The union said funeral and memorial arrangements will be announced at a later time.