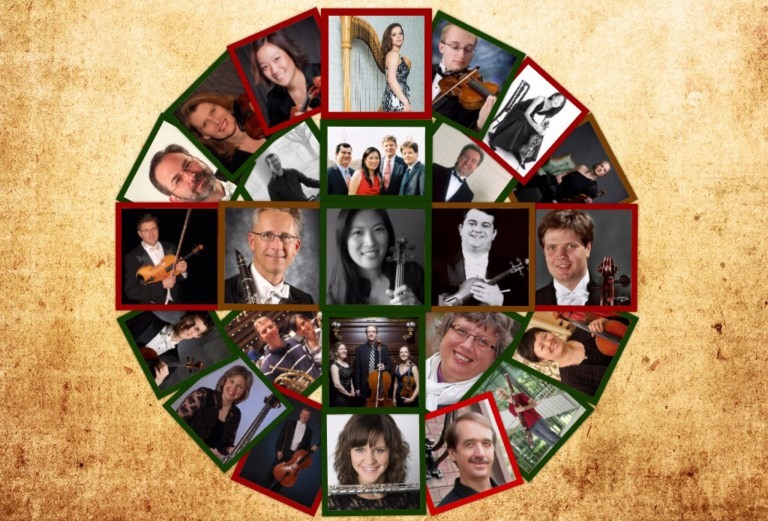 Since 2014, a consortium of some of Milwaukee’s best classical musicians have been performing chamber music as Milwaukee Musaik. Next Monday, they will offer a “Trick or Treat” concert at the Wisconsin Conservatory of Music.

Milwaukee Musaik opens the door to a wide array of ensemble music rarely performed in Milwaukee. The mix of instruments adds color and energy to a performance. A wide palette of instrument timbres can brighten and broaden the ambience available to a composer.

Several works on the evening’s program are chamber versions of familiar compositions for orchestra.

A Joseph Haydn symphony, Symphony No. 94 in G major “Surprise,” has been reduced by Johann Peter Salomon (Haydn’s London impresario and concertmaster) for a septet composed of flute, string quartet and piano. Violinist Kim observes that “the orchestral experience is distilled into a more intimate, chamber setting. These smaller versions allow us to present the essence of these great compositions, and perhaps add some individual spice and color to them.”

The “Surprise” in Haydn’s symphony is a single fortissimo note sounded in an otherwise sedate theme and variations slow movement. The rest of the work, urban and witty, sparkles with unanticipated development, a fast paced Landler and an energetic rondo finale.

The popular Richard Strauss tone poem, Till Eulenspiegel einmal anders! (Til Eulenspiegel’s merry tricks) was inspired by a book of stories chronicling a 14th century German village trickster. The work, organized in rondo style, offers episodic stories represented by playful instrumentation. A reduction by Franz Hasenöhrl for a quintet composed of violin, clarinet, bassoon, horn and bass brings the colorful story into sharp relief. Critic Paul Thomason concludes that “It’s one of those magical pieces of music in which everything—form, content, technique, and color—seems to mesh perfectly.”

Exiled to Switzerland during World War I, Igor Stravinsky had limited resources to draw upon, so created a few small ensemble versions of a story of a soldier, L’Histoire du Soldat (The Soldier’s Tale), drawn into a deal with the devil. Thinking he was gone three days, the soldier discovered that three years had passed. That ‘trick’ reflects Stravinsky’s frustration that World War I had evolved from a “brief” war to a three-year conflict of worldwide devastation.

The story line offers a common moral – be careful what you wish for. Initially tricked out of his violin, the soldier challenges the devil and – through the power of its music – wins. Through the twists and turns in the story, fiddle music also saves the life of a princess but ends with the devil triumphant over the soldier who reaches a bit too far.

Written for narrator, actors, dancers and six players, Stravinsky also created versions as a suite in versions for full orchestra, for septet and as a trio for clarinet, violin and piano. Clarinetist Helmers comments, “This trio reduction from six to three players requires a great deal of virtuosity from the players, since each instrument covers their own material as well as other instrumental parts from the original. For instance, in the Stravinsky the clarinet covers much of the bassoon, trombone and trumpet material from the original septet, while the piano serves as bass and percussion as well as playing some of the melodic lines.” 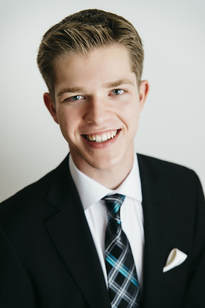 So each of these three works contain tricks of some kind, while a local premiere by a local composer would appear to be the concert’s special treat. Composing since he was 8, Jacob Beranek graduated locally from University Lake High School. Now at 19, he is pursuing a Music degree at Vanderbilt University. He wrote Partita Melodica for English Horn, violin, viola, cello and bass while serving as resident composer at Door County’s Music Festival.

Oboist Butler reflects that “While Jacob states that he was exploring melody while writing Partita, I am particularly attracted to its rich harmonic elements and rhythmic complexity. At times, it sounds richly orchestral, and at others, introspective and haunting.  Some of the melodic language reminds me of the folk music of the English countryside.”

A few of Beranek’s compositions can be heard online. Check out Death’s Door, written in 2017.

In truth all four works to be performed in this concert are terrific. In retrospect, this program should be counted as four “treats.”

The concert begins at 7:00 p.m. next Monday, November 5 at the Wisconsin Conservatory of Music. The Conservatory’s location at 1584 N. Prospect Ave. conjures images of difficult parking, but an arrangement with Milwaukee Eye Car, allows convenient complementary parking at 1684 N. Prospect Ave., just one block north.

Tickets ($25) may purchased on-line or at the door.

Milwaukee Musaik second concert of the season, will be “Celebrating Women Composers, Past and Present” on Thursday, March 21, 2019 at the Milwaukee Women’s Club. The program puts the spotlight on past and present women composers such as Louise Farrenc, Jennifer Higdon, and Milwaukee’s own Emily Cooley. The concert includes several Milwaukee premieres.