“We’re In a Battle For America’s Soul”

By Laurel White, Wisconsin Public Radio - Oct 31st, 2018 10:48 am
Get a daily rundown of the top stories on Urban Milwaukee 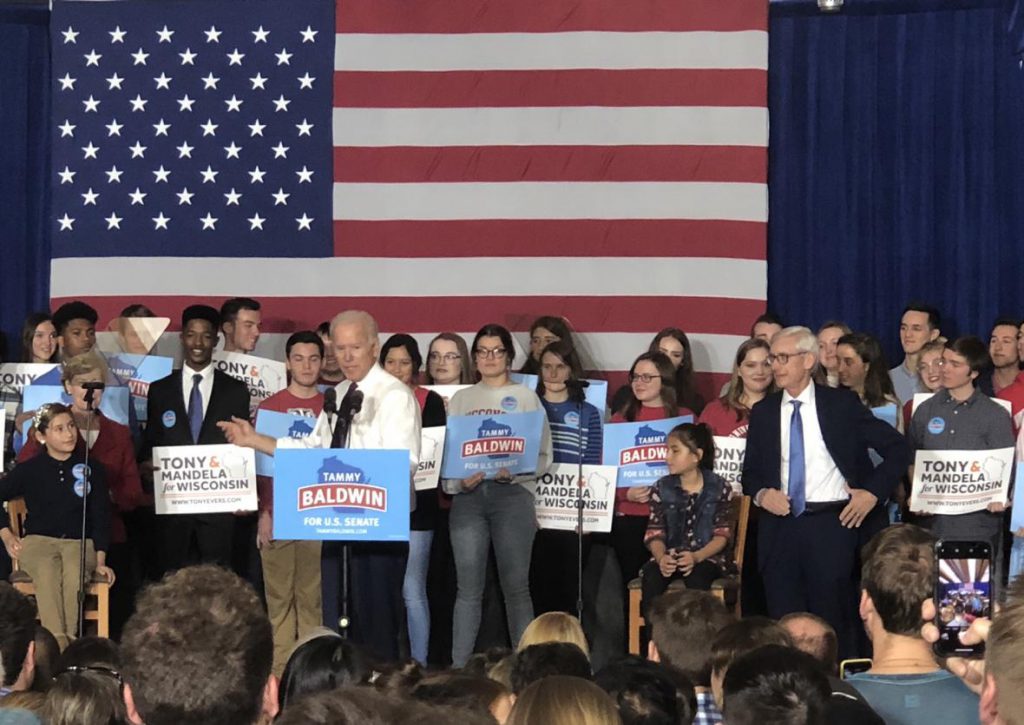 During his morning campaign stop, which packed several hundred students into a campus ballroom, Biden urged students to vote.

“You know her values are Wisconsin values,” Biden said of Baldwin.

Biden lauded Evers’ tenure as state schools superintendent, an office he was first elected to in 2009.

“No one has done more for Wisconsin students through education than Tony has,” Biden said.

The former vice president touched on the future of Medicare, building a strong middle class, and the strength of the American workforce and military in his remarks.

He also had some harsh words for the Trump administration.

“We can unite this state on Nov. 6,” Evers said. “I’ve got news for you, Gov. Walker, you may have spent the last eight years trying to divide us, but you will never conquer us.”

Walker tweeted criticism of Biden ahead of the visit.

“Not sure I’d believe much coming from Tony Evers today — he brought serial plagiarist Joe Biden into Wisconsin, so between the two of them who knows where they’re getting their facts?” Walker tweeted.

The governor was referencing Biden’s history of plagiarism in a law school essay and in speeches.

Biden’s visit comes on the same day Eric Trump is scheduled to campaign with GOP candidates, including Walker and Vukmir, in Sheboygan, Kronenwetter and Wisconsin Rapids.