After much debate, deal goes forward for equine therapy facility and stable for MPD horses. 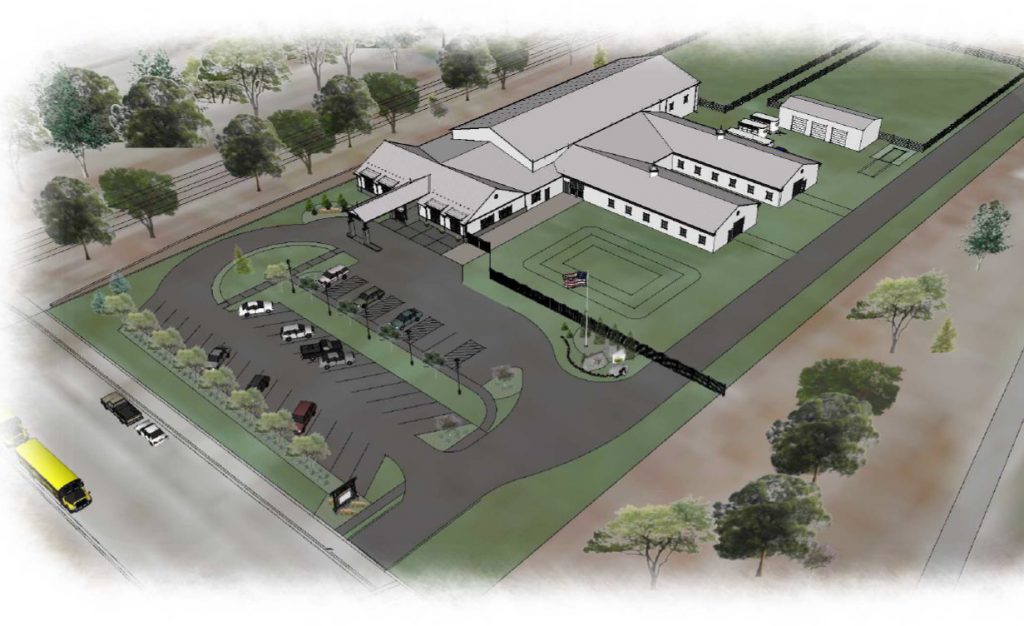 A plan to move the Milwaukee Police Department‘s mounted horse patrol and pair it with an equine therapy program appears to be moving forward.

After months of debate between the Milwaukee Common Council, the City Attorney’s office and the non-profit Milwaukee Community Equestrian Center (MCEC), a city committee has approved the lease. Opposition to the project from council members Robert Bauman and Milele A. Coggs had stalled the deal since July as the two pushed for a better lease arrangement for the city.

The Rotary Club of Milwaukee and the Milwaukee Downtown Business Improvement District have helped raise money for the project, and created the MCEC to handle the funds and plan the project. For the city, the multi-step transaction includes the city selling four acres of heavily encumbered, vacant land at 143 E. Lincoln Ave. for $1, the MCEC building the $5.65 million complex and the Milwaukee Police Department entering into a 30-year, $100,000 annual lease.

The facility will include 24 stalls, two outdoor riding areas, and a small community room.

In July, Richard Lincoln, a retired Mandel Group executive who is serving as the owner’s representative for MCEC, told the city’s Zoning, Neighborhoods & Development Committee that the union of police horses and a therapy center is a first-of-its-kind partnership. According to Lincoln, the equine therapy will target veterans suffering from post-traumatic stress disorder and children with autism.

Bauman, over the course of multiple meetings, pushed back on the deal, questioning what happens if the police pull the plug on the horse program. The city was originally obligated to the entire lease, even if it eliminated the mounted patrol. Coggs agreed, saying this at a July meeting: “I think the programming is great. I don’t have a problem with that. We represent the city. I want the city to get the best bang for their buck.”

In September a potential deal was delayed because of Bauman’s concerns over the requirement that the city must sublease space to the therapy program for free for 30 years, even if the city bought out the lease for $1.5 million or ended the mounted patrol. “That puts us into the equine therapy business by default,” he said.

“This is not an obligation we intend to saddle MPD with. I’m sorry for the phrase,” said real estate attorney Bruce Block. “We think this will make it something special and a national showcase for this type of facility.”

MCEC is receiving $1.5 million in financing from Forward Community Investments (a non-profit, community oriented lender) and has been fundraising over the past few years. Lincoln said in July that more than $5 million of the $5.65 million cost of the facility had been raised. Block said that without the equine therapy component, the facility would still cost $4 million and wouldn’t have the donor support necessary to make it a reality.

After another month of debate between the City Attorney’s office and MCEC, an amended deal has been struck.

Assistant city attorney Jeremy McKenzie returned to the zoning committee Tuesday morning to present the new terms. The price stays the same, but after five years if the city shutters the mounted patrol it would be able to issue a one-year notice to the equine therapy program to vacate the facility or purchase the remaining debt. The deal gives the city an out in the unlikely event the longstanding mounted patrol program is dropped.

“I think this is an acceptable compromise, so I will support that,” said Bauman.

MCEC had originally hoped to break ground this year on the 30,000-square-foot facility. The facility, to be located in the city’s Bay View neighborhood, will be known as Milwaukee Urban Stables.

The city previously leased horses from a private operator located on E. National Ave., before buying the horses outright in recent years and leasing space at the cost of $5,000/month in Racine County. Police captain Diana Rowe said when factoring in travel costs, the cost ended up at approximately $100,000 annually.

Rowe sees the facility as a way to better connect the police to the city. “It really is more than just a stable,” said Rowe. “Right now there isn’t a lot of space for the Milwaukee Police to engage the community. Clearly, we need to do more of that.”

The police horses are back on E. National Ave. temporarily for $1/month plus the cost of building improvements because the Racine lease expired. The E. National Ave. site is not seen as a permanent option because of the condition and size of the facility. 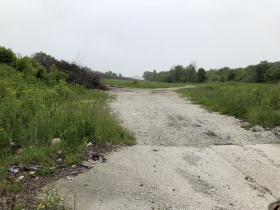 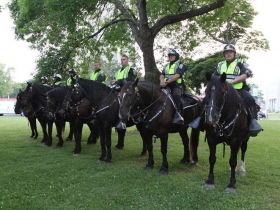 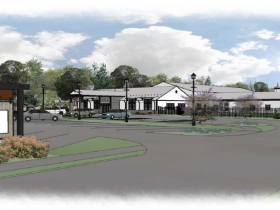 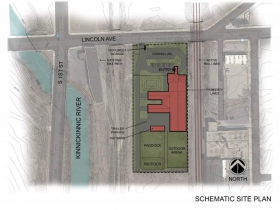 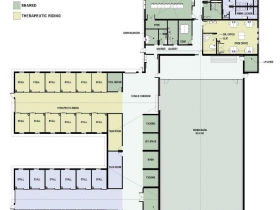 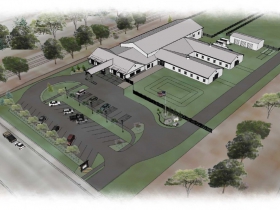