Fight for $15 Protest at Gubernatorial Debate 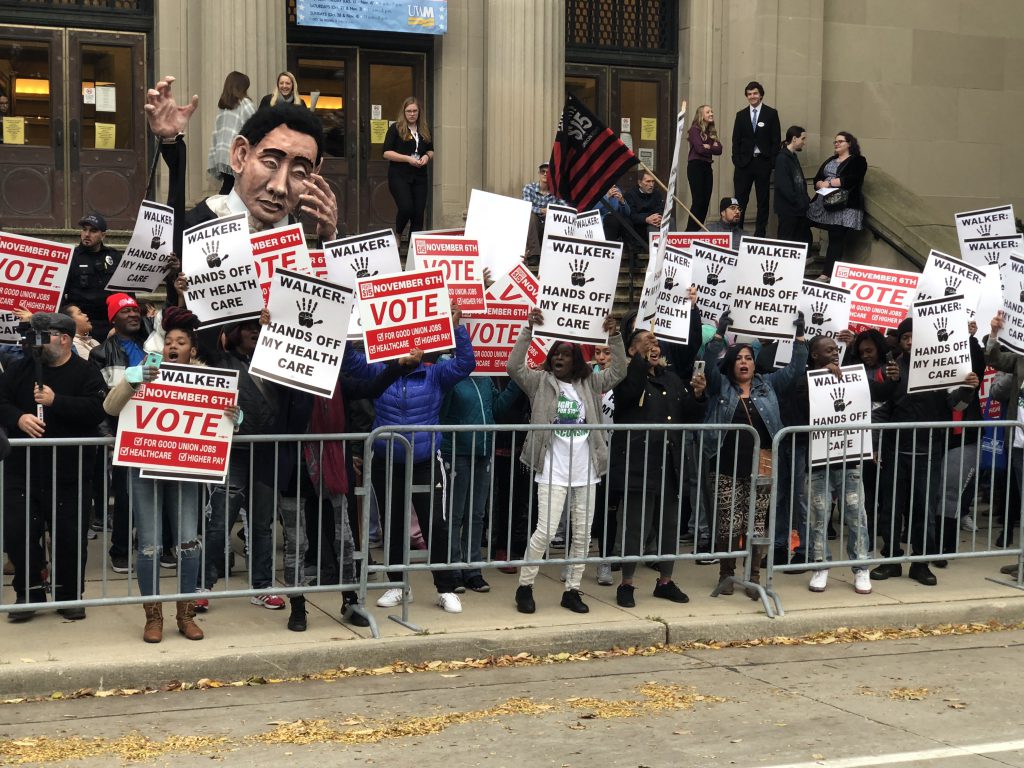 Protesters gathered outside of the Helene Zelazo Center, where a Wisconsin gubernatorial debate was to take place. Photo by Michael Holloway.

MASH has been working alongside fast-food employees to fight for a $15 minimum wage in a series of protests. Using the Fiserv Forum’s agreement to pay service-sector workers at least $15 an hour and to hire union-represented employees as a jumping-off point, protesters have demanded similar changes statewide. This latest protest put an emphasis on affordable health care – a response to a Milwaukee Journal Sentinel report that Gov. Scott Walker’s rejection of Medicaid expansion dollars cost the state $1.1 billion.

Protesters held signs that read “Walker: Hands off my health care” and “Vote for good union jobs, healthcare and higher pay.” A towering Scott Walker puppet, operated by two protesters, led the protesters on a march that circled around the block, traveling east down Kenwood Blvd. and bringing the march to a halt on the steps of the Helen Zelazo Center.

On the opposite side of street, a group of approximately 30 Walker supporters held signs that read “Students for Walker” and “Families 4 Walker.” As the march passed them, they erupted in a chant of “four more years.”

The protesters made one more lap around the route, but on the second time around, police closed off the sidewalk. Protesters instead spilled onto the street, eventually gathering in the median on Kenwood Blvd., bringing the two opposing groups within close quarters. Both sides remained civil and no arrests were made.

The protesters then gathered for one more round of chanting. The group then dispersed, reminding everyone present to vote on Nov. 6.

“It’s overwhelming – but with joy,” Gengler says of the protest turnout. “There’s a lot of power and people and when we come together there’s change.” 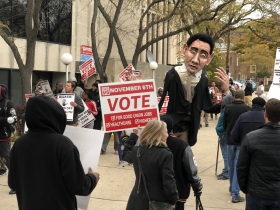 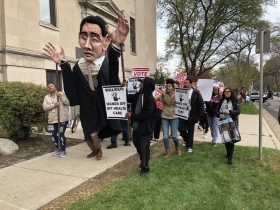 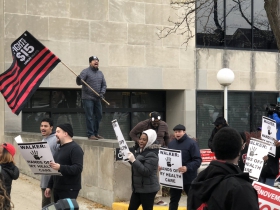 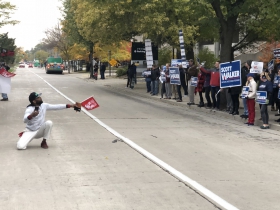 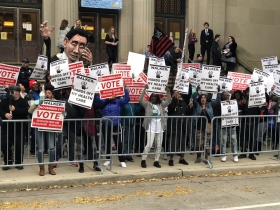