A Giant Step for Bader Philanthropies

Politicians, residents celebrate Bader foundation's move to near North Side. 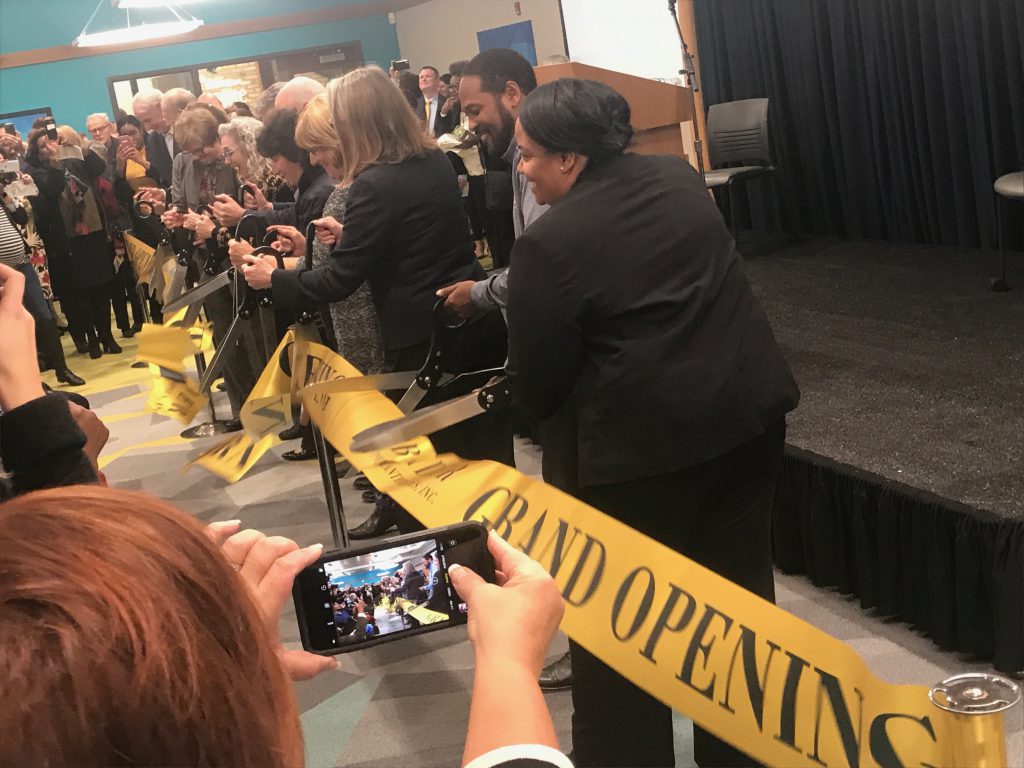 Bader Philanthropies, one of the biggest foundations in Milwaukee, is moving from its headquarters in the Third Ward to a two-story building at 3300 N. Martin Luther King Jr. Dr. in the Harambee neighborhood. Dan Bader, CEO of the group, mentioned that the move was inspired, in part, by the notion of embedded philanthropy, which calls for organizations such as his to be within a community they are trying to serve in order to build local connections and become intertwined with local issues.

This idea was underscored by the political leaders that spoke Monday night, including Mayor Tom Barrett, the neighborhood’s alderwoman Milele Coggs and Common Council President Ashanti Hamilton. They each noted the significance of Bader Philanthropies’ move and its potential to become a touchstone for other philanthropic and investment efforts in the city.

The event was well attended by political and business leaders, but also neighborhood residents. Coggs noticed this and said often events like ribbon cuttings are typically get-togethers for the muckety-mucks, adding that it was refreshing, and emblematic of Bader’s project, that area residents were shoulder-to-shoulder with politicos and power brokers.

David Bader, vice president and CEO of Bader Philanthropies, shared his brother’s sentiments about the move to Harambee, calling it “the right thing to do.” He also expounded on his parents, and his family’s Jewish religion, and how they were guiding elements for their philanthropic work. His parents, Alfred and Helen Bader, were philanthropists themselves, which is part of their legacy, in addition to running the Aldrich Chemical company. Bader explained that the commandment to honor the mother and the father was one featured heavily in their household, and this new headquarters will be doing just that.

Barrett lauded Bader for moving towards the “challenging areas” in the city, noting  that “so much capital, so many jobs, so many opportunities for hope have disappeared from this area.” Barrett added that Bader Philanthropies should not be alone, admonishing other businesses and organizations to invest capital in this neighborhood. “This is where this should be,” he said of the new Bader headquarters.

Coggs and Hamilton both grew up in the Harambee neighborhood. From their remarks Monday night, it was clear that Bader coming to the neighborhood was something significant for them. Both saw it as a symbol of change, and a catalyst for more improvements.

To see “such a group come to our home and commit to change is something to celebrate,” Hamilton said. He added his hope that this will help change perceptions for those like him that grew up in the neighborhood, and still live there, by “dismissing the myth that somehow neighborhoods like ours are things you must escape from in order to signify success.”

Dan Bader said during his opening remarks that one of the attractive assets the neighborhood offered his organization was the large cadre of local residents who had lived in the neighborhood for so long, maintaining a shared local wisdom. As Coggs noted: “Often times people sit in ivory towers trying to help those who they feel are in need. It is something else to be right in the community with the people that you are attempting to serve.”

Coggs told the crowd she often thinks about the tremendous work ahead for her district and the City of Milwaukee, and is reminded of an adage from her mother, explaining that once you recognize a problem it then becomes incumbent upon you to work to solve it. The consensus on Monday night was that this was exactly what Bader was doing.

Coggs went on to compare social ills like poverty to a giant, one that must be attacked with multiple blows. Bader’s move, she said, “Is that blow to the gut; now it’s for us to come and punch him in the face.” 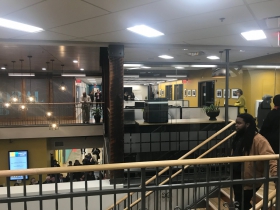 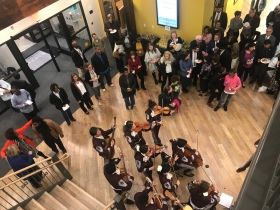 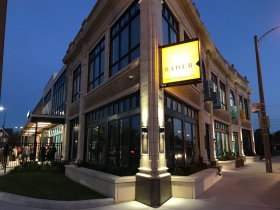 One thought on “A Giant Step for Bader Philanthropies”