Don’t You Be My Neighbor

Renaissance staging of ‘Native Gardens’ pits a white couple against the Hispanic couple next door. 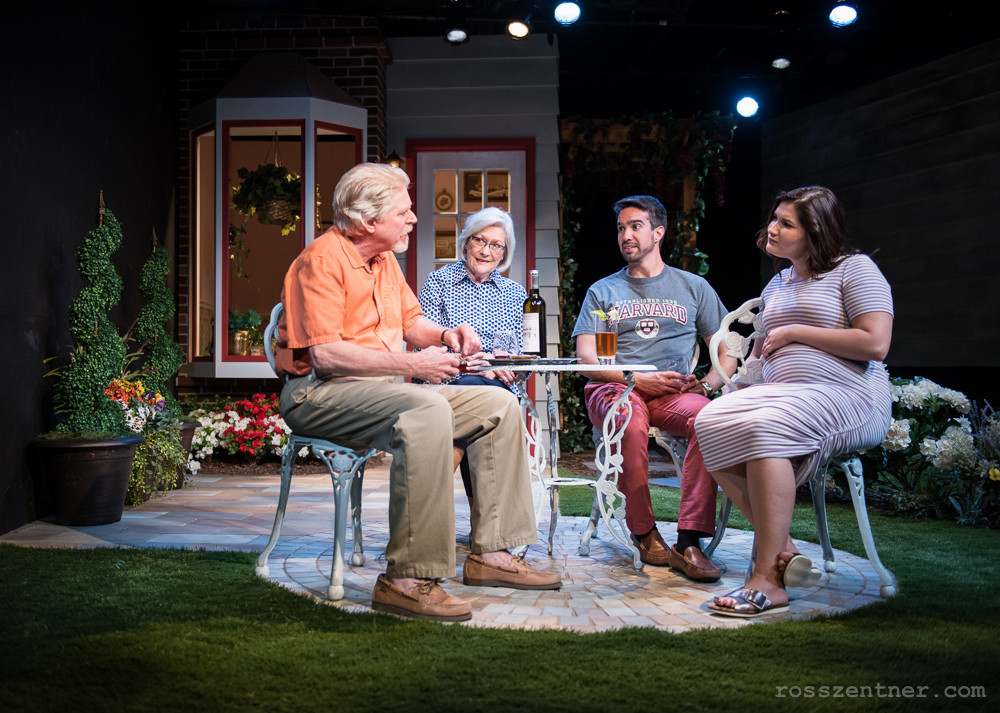 During 2018, Milwaukee theater patrons have been given two premieres about wrangling new neighbors. The plays and plots may have had slightly different aims but both made the backyard their centerpiece and the comedy and culture motors were similar: a couple of Latino background moves into a well meaning WASP-suburban environment and finds turf and tinges of bigotry separating them.

For my money Renaissance Theaterworks pulled the winning hand (and greener thumb) with Native Gardens through November 11, in contrast to the Milwaukee Rep’s world premiere last March One House Over, which we reviewed.

Though she shares something of the other play’s desperate determination for a madcap comical ending of neighbors fighting, Native Gardens author Karen Zacarias has a better ear for current cultural attitudes and sometimes deliberate misunderstandings – a greater gift for how one set of words can pingpong with reverse spin. She is attuned to how commonplace chatter has a cutting-edge underneath.

The putdowns that start partly accidentally build into screaming matches between a well meaning older couple in an affluent D.C. neighborhood and the upwardly mobile lawyer from Chile and his pregnant New Mexican wife working on her PhD in social attitudes, which she is sure quick to spot.

Zacarias is having fun and finding considerable truth with how nice people settled in their attitudes both inadvertently and deliberately mistake the motives of their neighbors, especially when the WASP husband’s beloved flowerbed is about to be uprooted by fresh property maps that locate the  ugly fence between the houses right in the middle of his garden. It is a European garden, artificially beautiful, but his new neighbors prefer organic nativity — only one source of the growing friction.

The exchanges are fun as the camaraderie disappears and the insults grow sharper. Both plays cannot quite navigate the journey from social comedy to manic farce, so both plays are not believable in the climaxes and certainly not in Native Gardens’ hasty conclusion.

But Zacarias sparks more insights along the way about white culture and so-called immigrants, about gardens as a cultural definition, about how Poland and Chile can be opposite ends of the same colonial inequity. We learn who really owns the right to cast aspersions using the “Dick Van Dyke Show,” “Chico and the Man,” Cat Stevens, amigos, bastardo and other references sure to draw a reaction.

The set by Madelyn Yee creates the key portions of each yard and also becomes an active player in the uprooting. Seldom have flowers been thrown about with more anger and comic purpose, making the audience sorry for the stagehands who have to reconstitute the gardens for the next performance. But the setting and technical elements are a key to how director Marti Gobel tries to encourage the actors to live in the neighborhood and embody the complexity of knowing you’re wrong even when you’re right.

Gobel chooses some noteworthy line readings to ground the discussion in believability, but there is always a comic farce clock ticking in the background, as if the writer expects a commercial to come along to separate each punch. The play clearly needs more room to allow the actors to breathe their changing views and avoid superficiality. The depth is there in the social observations but the play is almost a war between its own sitcom outline and some deeper messages.

Linda Stephens establishes a wickedly subtle complacent exterior as the socially secure older wife and then signals too strongly a loss of control in her own civil rights outrage, but the distance from where she starts to where she ends also produces the biggest laughs.

More believable, however, with a more difficult road to tread is Kelsey Elyse Rodriguez as the pregnant wife who keeps wanting to be the reasonable one and winds up starting more disputes in her sarcastic scrutiny of others. The role requires a slow burn, then remorse, then anger without falling into the unnatural pace the speed of the play often demands.

Norman Moses uses an ingratiating laugh and pointed self-satisfaction to delineate the older husband pretending at reasonableness that events quickly shatter. Equally likable in a different masculine manner is Andrew Joseph Perez as the Chilean lawyer fighting to keep his testosterone and temper under control, with mixed results that amuse us.

Zacarias at her best is making us think about mobility, justice and the different faces of privilege, but she should have let these outbursts simmer longer in the characters. There are important insights that drop in and out in a way that trivializes what the author wants us to think about. As much as we wish, we never quite believe the plot artifice that requires such haste of resolution nor the instant gratification at the end.

But the blows being landed do cause patrons to laugh and think about the fences we build between each other despite better intentions. 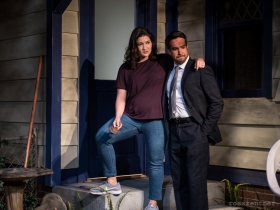 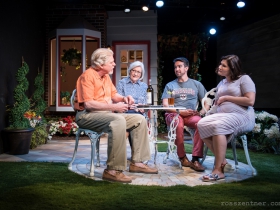 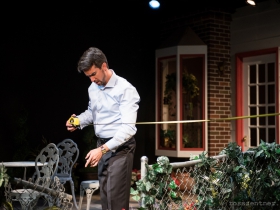 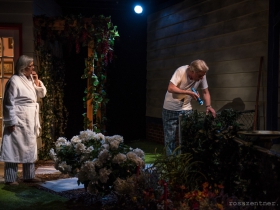 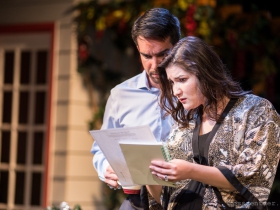 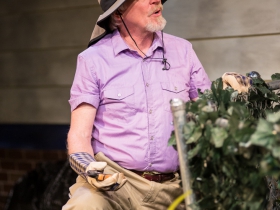