By Phoebe Petrovic, Wisconsin Public Radio - Oct 16th, 2018 09:54 am
Get a daily rundown of the top stories on Urban Milwaukee 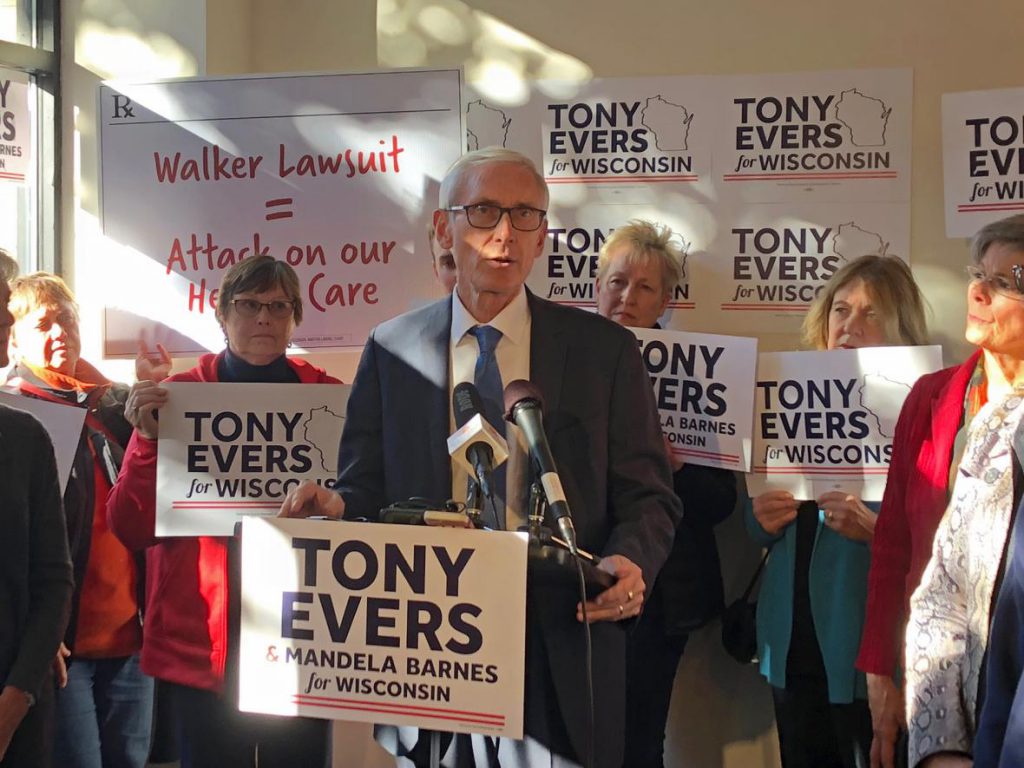 Health care is a major issue leading into the election this November and Democratic gubernatorial candidate Tony Evers knows it.

Evers came to Madison on Monday, where he dedicated his press conference to talking about treatment costs, prescription drug prices and pre-existing conditions.

Both Evers and Sebelius said Gov. Scott Walker’s record shows he doesn’t intend to secure coverage for people with pre-existing conditions. They referenced a lawsuit seeking to scrap the Affordable Care Act, of which Wisconsin, under Walker’s direction, is a lead plaintiff.

Walker has called the ACA a mess and has promised to support state legislation to provide coverage to those with pre-existing conditions.

“Very few can afford it, there are huge deductibles and it really is not guaranteed insurance,” she said. “That is often the answer to what they say is their belief in pre-existing conditions, and it’s a long way from the law right now.”

Evers promised to keep coverage and expand it by accepting federal funding for a Medicaid expansion on day one, if elected.