By Anntaninna Biondo, Great Lakes Echo - Oct 14th, 2018 07:31 pm
Get a daily rundown of the top stories on Urban Milwaukee 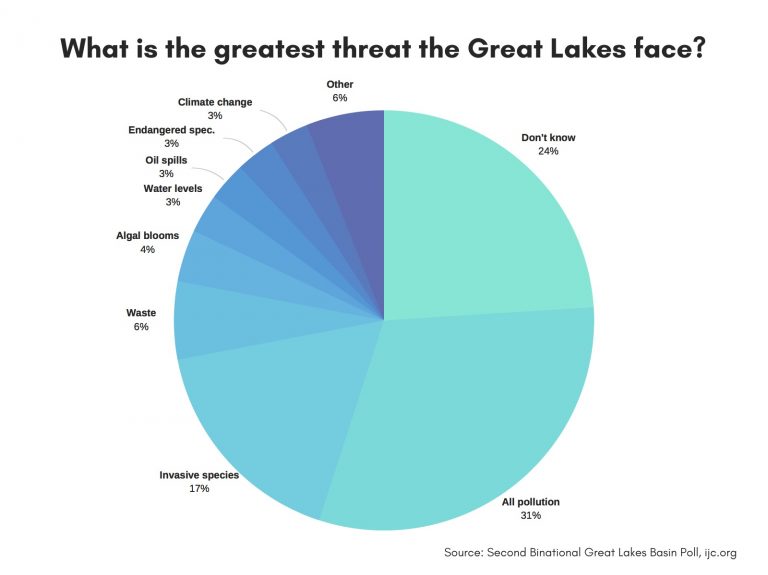 What is the greatest threat the Great Lakes face?

Great Lakes residents are more concerned about invasive species than climate change, according to a recent poll.

But researchers say that the two are closely linked.

“Invasive species are the first to adapt to warmer climate, but native species don’t have that advantage,” Brown-Lima said.

An invasive species is one transported by people and that causes ecological and economic damage.

Ruffe, is an invasive species in the Great Lakes. Photo by Tiit Hunt [CC BY-SA 3.0 (https://creativecommons.org/licenses/by-sa/3.0)], from Wikimedia Commons

The poll by the International Joint Commission and the Great Lakes Water Quality Board reveals the attitudes of more than 4,000 regional residents regarding Great Lakes issues.

Those polled ranked invasive species only below pollution in a list of concerns about the Great Lakes water quality and surrounding environment. Seventeen percent said invasive species was of highest concern. Only 3 percent listed climate change as one of their top worries.

In warmer water, certain invasive fish have a higher metabolism which helps them compete against native fish, Brown-Lima said. They eat native food and the natives themselves. The process could eliminate species that were once native to the region.

Invasive plant species in the Great Lakes are much more resilient than native species which makes them far more likely to thrive and disrupt ecosystems, she said.

Increasing water temperatures in the lakes leads to shorter periods of ice, allowing for the invasive aquatic species to thrive, Brown-Lima said. The annual ice coverage of the Great Lakes decreased 71 percent between 1973 and 2010, according to the Great Lakes Integrated Sciences and Assessments, a team from the National Oceanic and Atmospheric Administration that focuses on adapting to climate change.