By Patty Murray and Rich Kremer, Wisconsin Public Radio - Oct 11th, 2018 12:57 pm
Get a daily rundown of the top stories on Urban Milwaukee 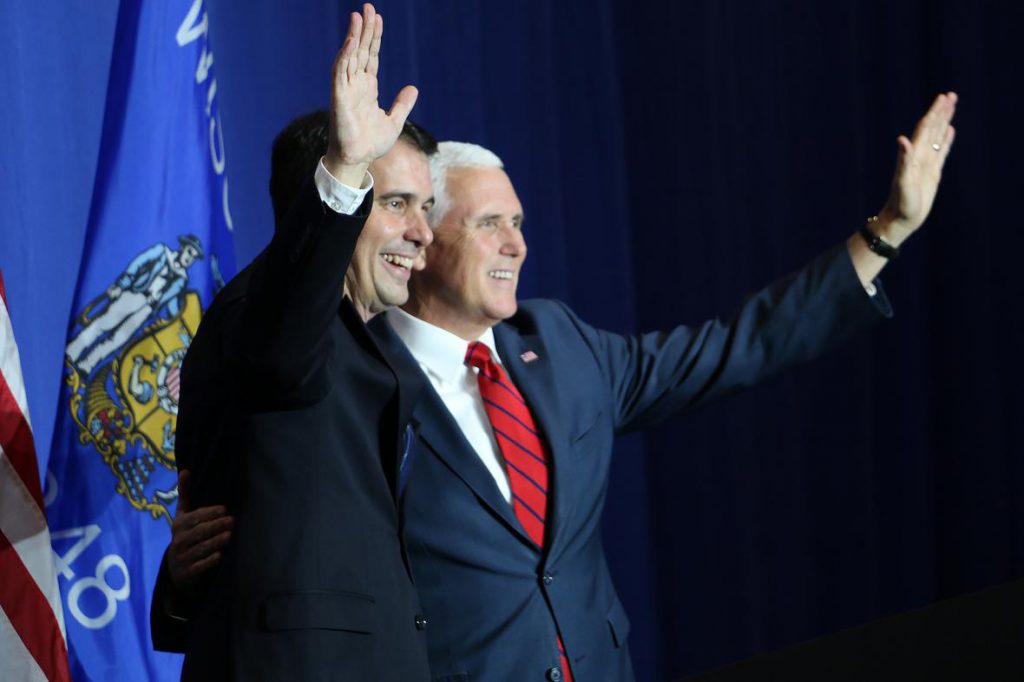 Vice President Mike Pence was in Wisconsin on Wednesday stumping for Gov. Scott Walker in Green Bay and Eau Claire.

“He wants to repeal Act 10 and put Wisconsin back in the fiscal mess that Governor Walker dug it out of,” Pence said. “He wants to repeal ‘Right to Work,’ to deprive Wisconsin workers with freedom in the workplace and contribute to the dynamic economy and the growth that you’ve seen.”

Pence criticized Evers — a former teacher and the current state superintendent of schools — for being a public employee for 30 years. Walker has held public office since 1993.

The vice president touted the Trump administration’s record on tax cuts and job growth. And pointed to the state’s $4.5 billion incentives package awarded to the Foxconn Technology Group.

Ahead of the visit in Eau Claire, Democratic Assembly candidate Jodi Emerson criticized Walker for refusing to take federal funds to expand Medicaid. Emerson argued Walker, Pence and the Trump administration were working against the interests of Wisconsinites.

“We’re just trying to make a point that Scott Walker isn’t in it for the average family, that he’s at this high-rolling fundraiser with Vice President Pence right now. He’s not out working for the average person. He’s not looking out for the struggles we’re all going through,” Emerson said.

But Pence refuted those claims, saying that the Trump administration would protect those with pre-existing conditions.