The other PBR -- Professional Bull Riding -- will have arena staff scrambling all weekend. 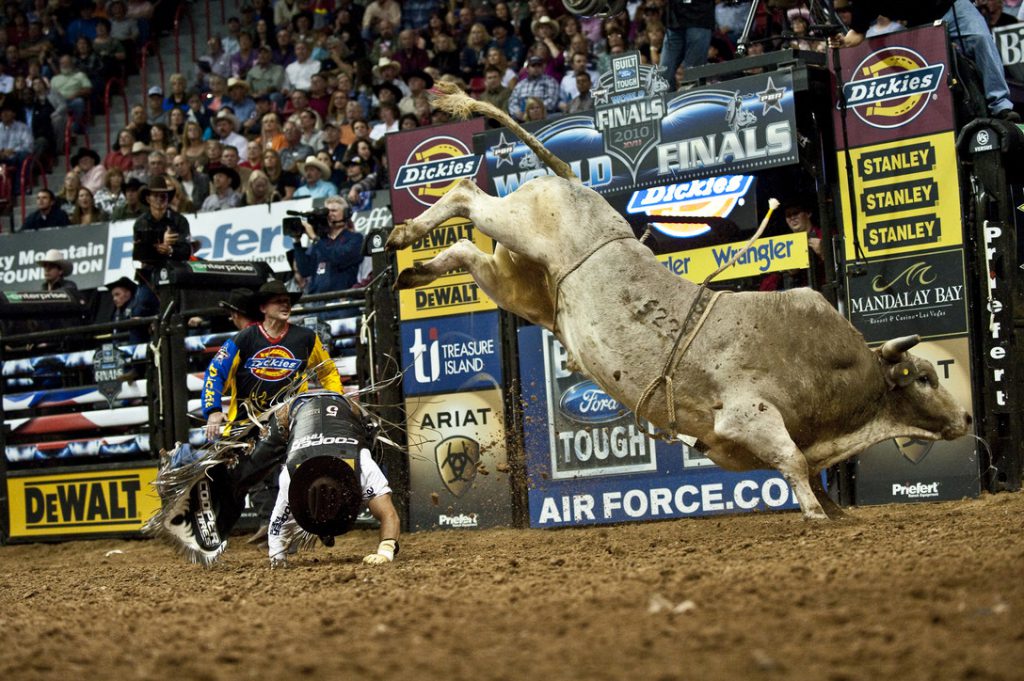 As soon as the Milwaukee Bucks and Chicago Bulls walked off the court Wednesday night, a crew of approximately 100 Fiserv Forum staffers and contractors got to work transforming the arena from a basketball court for players wearing jerseys depicting deer and bulls to an environment suited for 1,600-pound bucking bulls.

Professional Bull Riders Unleash the Beast tour will bring 70 bulls and those fearless enough to ride them to the Fiserv Forum on Saturday night (6:45 p.m.) and Sunday afternoon (1:45 p.m.). It will surely be the most unique event held at the new arena to date.

To get ready for the two-day event, the crew and contractor ABM not only have to clean the place, but the court must be taken out, a couple thousand seats must be removed and a portion of the rink walls for hockey must be installed.

Their work continues through Thursday and by Friday morning the arena will be clear for the Professional Bull Riding team to take over. The PBR team will roll up with nine semis carrying $44 million in assets according to tour production manager James White. Fresh off an event in Austin, Texas, White’s team will have four hours to run approximately five miles of cabling and extensive rigging to enable the modern audio-visual experience that accompanies old-fashioned bull riding.

Then the real change takes place. Over 300 tons of dirt will be delivered by a parade of 40 dump trucks in just over five hours.

Dennis Williams, vice president of arena operations for the Milwaukee Bucks, is excited about the challenge. “This event will be the most complex we have done this far,” Williams says. His team isn’t taking the job lightly. “We basically have been meeting with them for six months now.”

Getting the arena ready for PBR is a bit different than a rock band says Williams. Yes, seats must be moved or removed, but the dirt brings an added challenge. To make sure those paying top dollar for a seat at a Bucks game don’t find themselves with a surprise souvenir at the next basketball game, the seats that are stored in the arena bowl must be completely covered in plastic. The post-event cleaning will also have to be a bit more aggressive to compensate for all the dirt that gets kicked up and spread around.

The tightly-timed puzzle is completely worth it says White. He bills the PBR events as a family-friendly environment.

And as fast as it came together, it all has to be out by Monday at noon. The good news? “It comes out a lot quicker than it goes in,” says White. Williams’ team will have to do the whole puzzle in reserve. “Similar to anything, when you go to put it all back, you can’t just throw them anywhere,” says the operations czar.

Thankfully, the arena employees will have a few days to get things right. The arena isn’t scheduled to host another event until artist J. Balvin performs Thursday night.