The Curious Campaign of Leah Vukmir

Her campaign seems to ignore poll data showing most disagree with her stands.

In a recent article the Journal Sentinel’s Craig Gilbert argues that Scott Walker and the GOP face an uphill battle to win independent voters. Although truly independent voters are a small part of the electorate, they often represent the margin of victory in close elections.

For support, Gilbert referred to recent Marquette Law School polls of Wisconsin, as well as a Suffolk University/Journal Sentinel poll in late August that gave similar results. Typical of most polls, the Marquette Poll asks respondents several qualifying questions, including which party they identify with—Republican, Democratic, or independent. Those saying they are independent are then asked whether they “lean” towards one or the other party. Those leaning toward neither party are considered the true independents, whose votes are in play. The chart below shows the small number of these independents that Marquette found in its three latest polls. 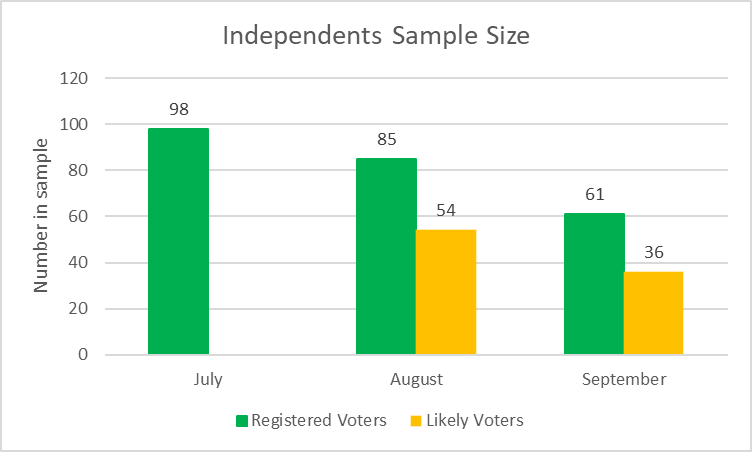 The danger of such slicing and dicing is that sampling error becomes more likely to influence the results as the sample size declines. The September survey includes examples of this danger. For example, the results show that Hispanics are favorable to Donald Trump by 53 percent favorable to 25 percent unfavorable, the most favorable of any demographic group. This implausible result is based on a sample size of 23. Another possible anomaly is the survey’s finding that people over 60 are the least favorable to Trump, in contradiction to most other polls.

Still, even approaching polling data with a heavy dose of skepticism, the results do support Gilbert’s thesis that Leah Vukmir is failing to win independents. The next chart shows her net approval among independents, the difference between the percentage approving her and those disapproving. That number has steadily declined and worsens if only likely voters are considered. 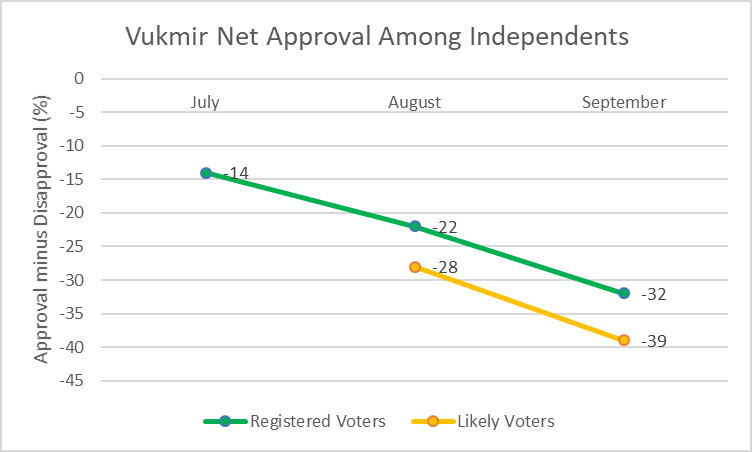 So you would think Vukmir’s campaign has recognized this danger and acted to reach out to voters outside the Republican base. But judging from a recent hyperventilating press release (published in Urban Milwaukee), the answer is no. Here is a sample of her sentences:

“Tammy Baldwin and her extreme left allies are using every smear tactic and despicable trick in an attempt to silence us, beat us and obstruct reforms that will help the American middle class. They will stop at nothing. …

“Wisconsinites deserve better than Tammy Baldwin’s lies and her ineffective socialist solutions. … Those with pre-existing conditions shouldn’t have to tolerate low-quality, government-run health care, which will bankrupt our country.

“I’ve been through the fires with the people of Wisconsin as Democrats unleashed hell to prevent good governance in Wisconsin. …”

The apparent audience for this disjointed and fact-free argument is the true believers who need no evidence to believe that Baldwin is smearing Vukmir. Others are left wondering. What are the purported smears? What reforms are being obstructed? To find an answer, I turned to Vukmir’s campaign web site. Although the site did not identify Baldwin’s smears or the reforms that would help the middle class, it did discuss several issues: 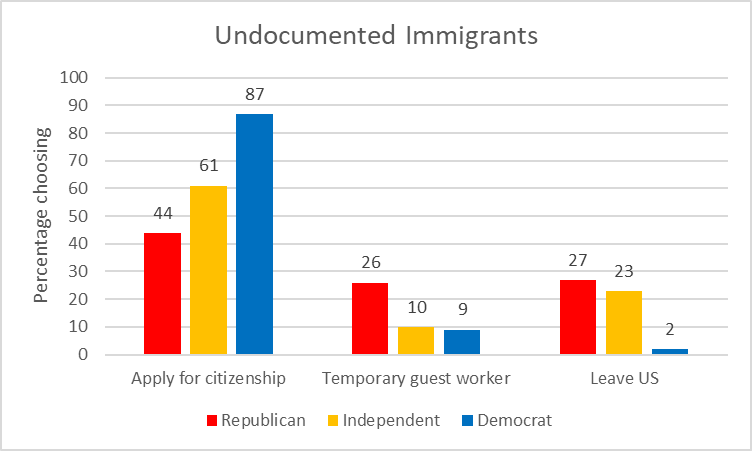 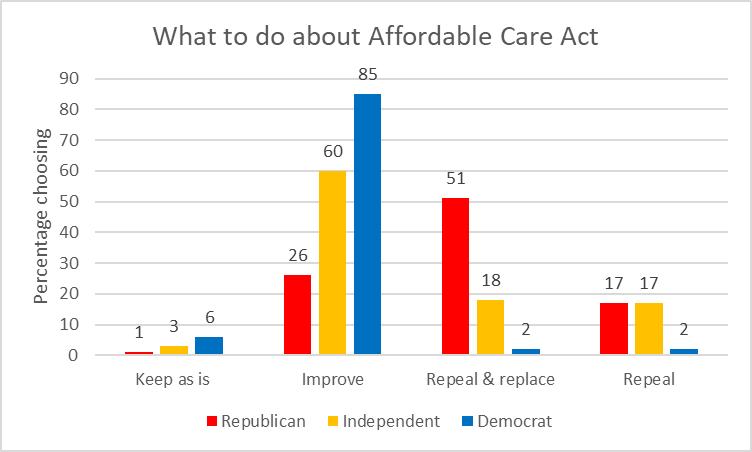 What to do about Affordable Care Act

Other issues on her site are also aimed much more at the conservative base than independent voters. For example:

In her press release, Vukmir refers to “Tammy Baldwin’s lies.” To get a sense of the two candidates’ relative respect for the truth, I turned to PolitiFact, specifically a recent summary of past fact-checking on the two candidates. Each had issued eight statements that could be checked, as shown below. Just one of Baldwin’s statement (in blue) were rated as false  versus six for Vukmir (in red). The fact that three of Vukmir’s claims were rated “pants on fire” is consistent with the recklessness evident in her press release. 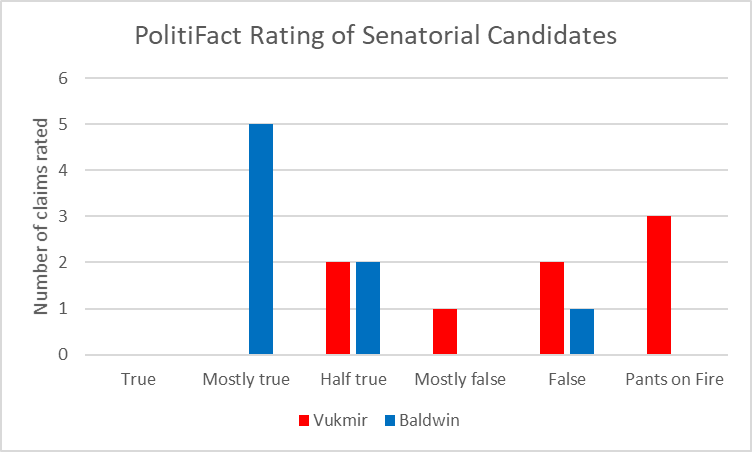 The Tomah VA case has been prominent in Vukmir’s advertising. PolitiFact looked at it in some detail here, in the contest of an attack ad from the right-wing Americas PAC. PolitiFact rated false the ad’s claim that Baldwin was told by a whistleblower about “overmedicated veterans” at Tomah and made “deadly mistakes” that left three veterans dead.

A recurring debate in political campaign strategy is whether to reach out to independent voters who or to double down on one’s base to drive turnout.  The evidence indicates that Vukmir it taking the latter route: she’s not trying to attract independents, but instead hopes to win by polarizing the electorate.

One thought on “Data Wonk: The Curious Campaign of Leah Vukmir”