Most are completed, helping revive near north-side neighborhood. 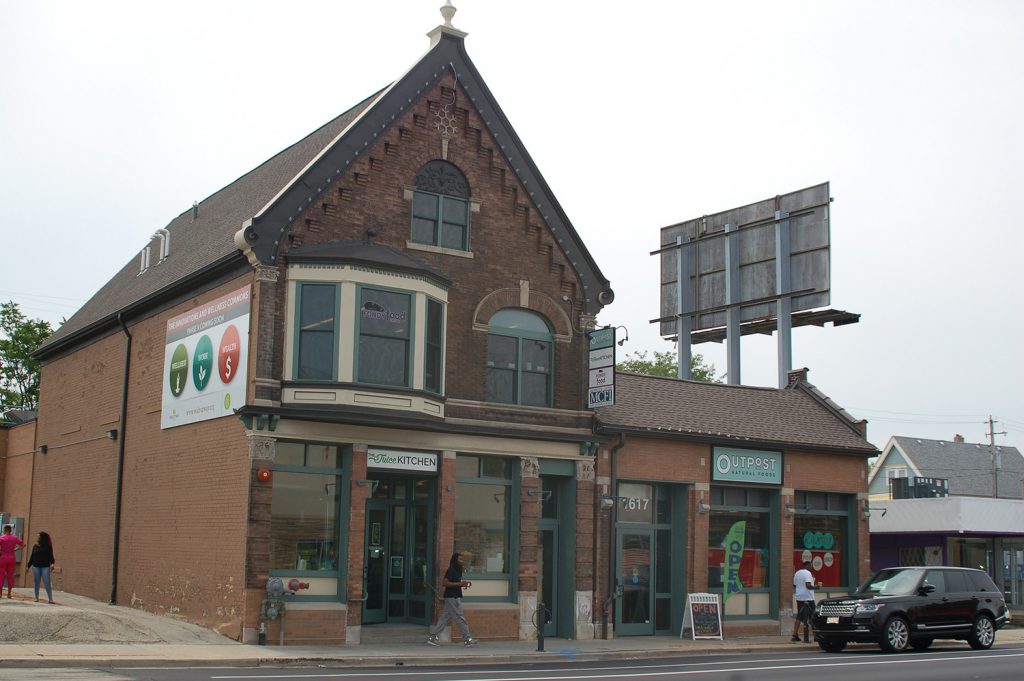 1) ALSCO Mixed Use Development: Although there has been interest in redeveloping the former American Linen Supply Company building, the project has been difficult to finance.

2) Beauchamp Townhomes: The development of rent-to-own units did not happen because the real estate crash that started in 2008 prevented the Inner City Redevelopment Corp. from obtaining financing.

3) Bread of Healing Health Clinic: The facilities were updated and improved.

4) Center for Neighborhood Innovation: The first phase of the renamed Innovations and Wellness Commons was completed in October 2015 with the renovation of a long-vacant building on the south side of North Avenue between 16th and 17th streets. A new building will be constructed on the corner of 16th and North beginning in October 2018.

5) Coffee Makes You Black: The private business acquired kitchen equipment that expanded its offerings to include hot meals.

6) Blommer Ice Cream Building: The redevelopment of the former Blommer Ice Cream factory, 1500-1504 W. North Ave., and an adjacent building to the west are nearing completion. The project, called Legacy Lofts, will bring 64 affordable apartments to the neighborhood. 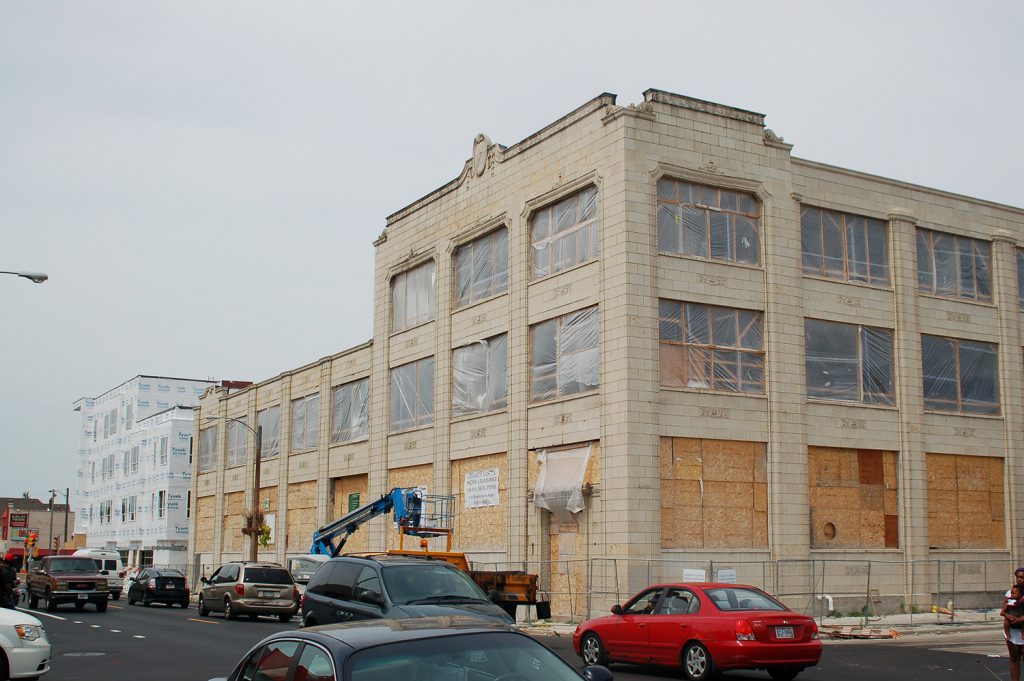 A new building on the north side of North Avenue at 16th Street, together with adjacent redeveloped Blommer Ice Cream factory, will become Legacy Lofts apartment complex. Photo by Andrea Waxman/NNS.

7) Fondy Food Center: In addition to moving its administrative offices to the second floor of the Innovations and Wellness Commons, the center made improvements to the Fondy Farmers Market structure. The city Environmental Collaboration Office transformed a vacant lot adjacent to the market into a storm water park and sustainable green space for community use.

8) Franklin Square: Melissa Goins’ Maures Development Group completed the 27-unit, low-income rental building in the 1400 block of West Center Street in February 2011. The $8.8 million development integrated art and culture into the building, approximately 40 percent of which was allocated to emerging businesses.

9) FRESH/Culinary School: Restaurateur Jennifer Bartolotta taught cooking lessons for a time in the Walnut Way kitchen, but a culinary school has not yet been built.

10) Johnsons Park: Nineteen acres including the 11.5-acre park, Alice’s Garden and the Brown Street Academy play yard were upgraded to include an outdoor nature classroom and many improvements in support of the Johnsons Park Initiative, which started in 2005.

11) Running Rebels: The organization made its Vine Street building ADA accessible, and installed elevators, bathrooms and a commercial kitchen. The kitchen allowed it to focus on youth job training through a catering program.

12) Josey Heights, Senior Cooperative Housing: This has not yet moved forward.

13) Home Renovation: Walnut Way has renovated 100 houses. About half of them were facilitated by a city tax incremental financing (TIF) program that offered forgivable loans. In a related development Walnut Way was able to leverage some of that work to create jobs for local craftsmen. 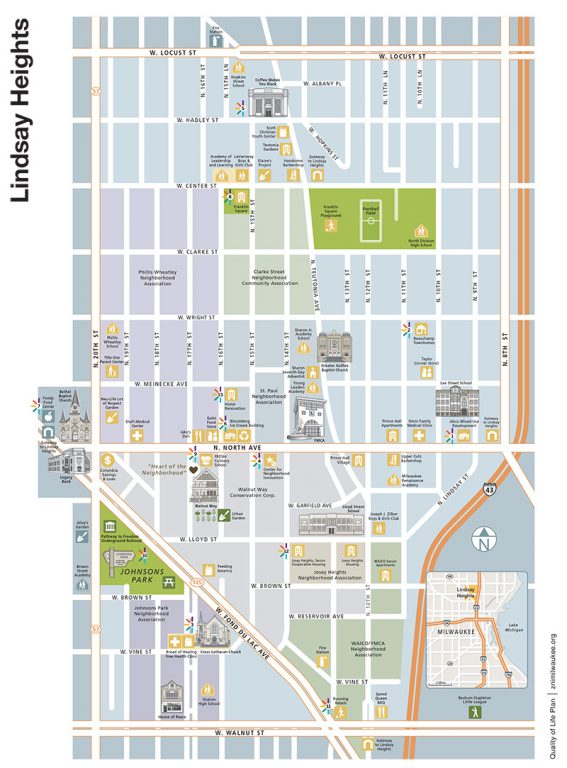