Crackdown by ICE agents arrests two in Milwaukee, 11 in Madison.

By Phoebe Petrovic, Wisconsin Public Radio - Sep 25th, 2018 11:01 am
Get a daily rundown of the top stories on Urban Milwaukee 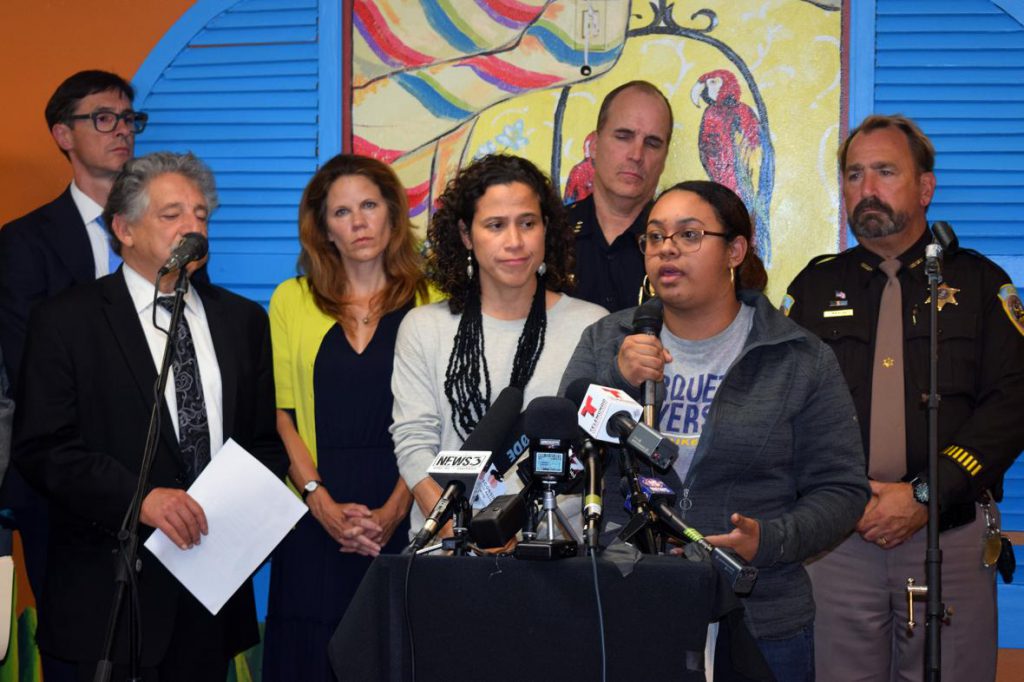 Gissell Vera, who’s uncle was one of those arrested by ICE in Milwaukee, speaks at a press conference at Centro Hispano in Madison on Monday, Sept. 24. Photo by Phoebe Petrovic/WPR.

Federal Immigration, Customs and Enforcement officers took Wisconsin by surprise over the weekend with a series of targeted arrests.

Between Friday and Sunday, ICE agents arrested nearly 30 people: 11 in Madison and 18 elsewhere across the state, including two in Milwaukee, two in Green Bay, and five in Wausau.

Gissell Vera says her uncle Erick Gamboa Chay was one of those arrested in Milwaukee. On Friday morning, Vera was on her way to school when she got a text from her aunt. Federal agents had arrested Gamboa Chay at his home, after falsely representing themselves as police.

Gamboa Chay is the father of three young children, ages 8, 4 and 1. Vera said they hid in the attic and cried as their father was taken away.

“The middle son is like, ‘So when is he going to come back? When are they going to bring him back?'” said Vera at a press conference Monday, Sept. 24 at Centro Hispano in Madison. “And how do you answer that question when we don’t even know what’s going to happen?”

Gamboa Chay is being held in Kenosha County without bond, according to Vera. She and the immigrant rights group Voces de la Frontera, with which the high schooler volunteers, say the detentions have galvanized their activism against the Trump administration’s immigration policies. Federal data shows a 30 percent increase in arrests nationwide by ICE agents last year.

Activists at Voces say they have been inundated with calls since Friday from people like Vera saying that federal agents were in their neighborhoods, taking their loved ones.

Madison Mayor Paul Soglin and Police Chief Mike Koval say federal agents ignored protocol by failing to alert local law enforcement about their arrival. Koval said the department has an agreement with ICE to know when and where arrests are made, which Soglin is now calling on the agency to honor.

Soglin continued that although the federal government is “the absolute authority on this matter,” ICE should defer to local law enforcement and officials before they “do anything” if they “are truly committed to a safe community.”

ICE did not respond to a request for comment.